In need of a new game? How about one that's free? You can grab Guns of Icarus Alliance right now and get a permanent copy added to your Steam library. 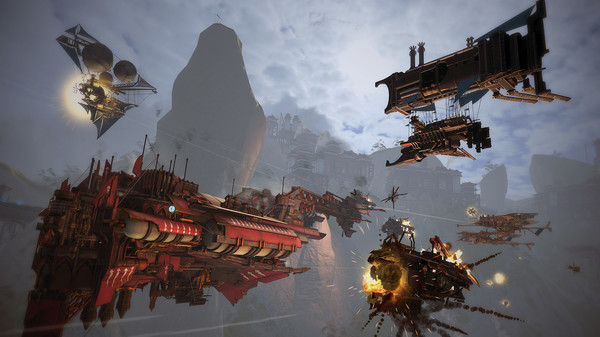 For those who've never played it, Guns of Icarus Alliance is a team-based online game that has you and your crew pilot a steam-powered airship, it even allows you to build your own. It's an expanded version of the original Guns of Icarus Online which also had Linux support.

Why? The developer is celebrating Memorial Day (a federal holiday in the US) so they decided to offer their game for free until Tuesday at 5PM UTC. Along with the free event, they also patched the game with some more content!

They've added in a new combat-ready ship, the Anglean Corsair. On top of that, they also released another PvE map named Crown Summit. This map is available for teams of 2-4 ships, where you defend refineries from enemy bombers.

I am the owner of GamingOnLinux. After discovering Linux back in the days of Mandrake in 2003, I constantly came back to check on the progress of Linux until Ubuntu appeared on the scene and it helped me to really love it. You can reach me easily by emailing GamingOnLinux directly.
See more from me
Some you may have missed, popular articles from the last month:
The comments on this article are closed.
4 comments
fenevadkan 25 May, 2018

Great news, I have already bought their previous title some time ago.
1 Likes, Who?

View PC info
Tried to install Steam and other addons on Ubuntu 18:04..no luck
Will grab this one on Win10 laptop...sucks
0 Likes

Quoting: fredrikfritteTried to install Steam and other addons on Ubuntu 18:04..no luck
Will grab this one on Win10 laptop...sucks

Problems getting Steam to work on your Linux? It does require 32 bit packages, so you might want to do this: