The updated release of 'Desperados: Wanted Dead or Alive' that has Linux support is now on GOG

Ready to face a challenge? Good! As the updated version of Desperados: Wanted Dead or Alive is now on GOG. 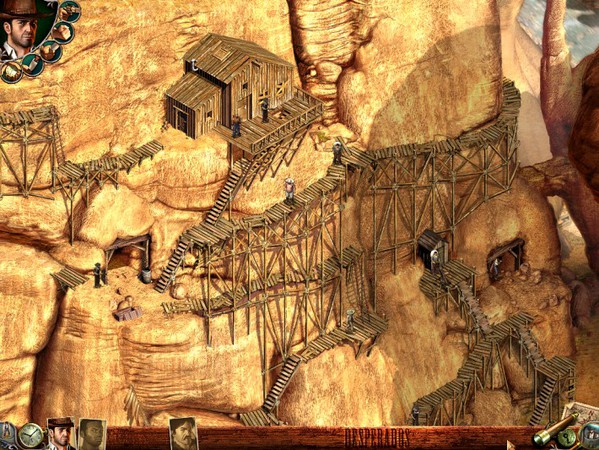 As usual, the Linux release on GOG has gone through their internal testing (as they always do) and comes packaged with their handy MojoSetup-based installer.

GOG actually sent us a copy of it and I can confirm it does work really damn nicely. As someone who never got to play it originally, I am especially appreciative of the work THQ Nordic do to update old titles.

Find it on GOG here where it's also on sale for super cheap!

View PC info
Great, though I'm now playing Shadow Tactics: Blades of the Shogun for the first time :)
3 Likes, Who?

View PC info
Awesome news. Going to pick it up once the sale is over. I picked it up for cheap on Steam, they desverve full price from me for the DRM free version.
4 Likes, Who?

View PC info
I also bought it, this game is greeeat! I played so much back then I could not believe the Linux version came out :D And it runs and works great! Even for full price it's well deserved :D
1 Likes, Who?

View PC info
So, to summarise:

It has been recently updated, July 2018, for better stability and performance on modern operating systems (e.g. Windows 10) compared to the old version.

The Linux version is also taking advantage of the updates and is available on GOG and Steam.

Both Steam and GOG are currently offering it at a very nice 80% discount. Kerr-ching!

Prior to this latest update, I've read a number of people's reviews (Windows users) stating that it worked badly on their system.

Do I buy it on Steam or GOG? Hehe.

EDIT: Got it on GOG.

View PC info
Well, I just made the fastest purchase in the west.

mylka 11 Jul, 2018
View PC info
does anyone know how much it cost to make a linux version of this game?
im sure they wanna sell some copies, but how much can they make, when its now just 1€

or are they planning a 3rd title and use this as commercial
3 Likes, Who?

View PC info
Good to see that the game is using XDG base directory specification. Saves go into

View PC info
Let's hope that we will see Titan Quest on Linux one day!
3 Likes, Who?
1/3»
While you're here, please consider supporting GamingOnLinux on: