Feral Interactive are at it once again, go dust off those thinking caps as they're bringing another game to Linux. 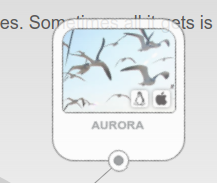 As a reminder, Feral Interactive have only recently release Life is Strange: Before the Storm and Total War: Warhammer II is confirmed to be coming this autumn. On top of that, last month they also put up another teaser that we're still guessing.

I wouldn't be surprised if they do try to get more ports out earlier now, especially with Steam Play which would eat into their Linux port sales. Anyway…looks like 2018 really will be another great year for Linux gaming!

What do you think "AURORA" will be?

We do often include affiliate links to earn us some pennies. We are currently affiliated with GOG and Humble Store. See more here.
About the author - Liam Dawe
I am the owner of GamingOnLinux. After discovering Linux back in the days of Mandrake in 2003, I constantly came back to check on the progress of Linux until Ubuntu appeared on the scene and it helped me to really love it. You can reach me easily by emailing GamingOnLinux directly.
See more from me
Some you may have missed, popular articles from the last month:
The comments on this article are closed.
93 comments
Page: «2/10»

View PC info
“Aurora” is Latin for “dawn” or “sunrise”. But the only thing I can think of is the Dawn of War series, and (as far as I know) they're all already out on Linux. Also, they're rather light on seagulls.
3 Likes, Who?

Quoting: Comandante ÑoñardoWith Proton doing a good job for the gaming on Linux, Feral really should STOP with these silly things and just announce the games.

As far as I know they announce as soon as they are allowed to. You know what an NDA is?

On-topic: F1 2018, Life is Strange2, Hitman 2 or Shadow of the Tomb Raider would fit with Feral's history, though no clue from the hints.

View PC info
I'm guessing Hitman 2. The first level is set in miami. It being near the beach means seagulls are a thing.
0 Likes

View PC info
Nah, this is first The Wi†cher. It use old Aurora engine made by BioWare. Trust me. Or maybe better dont trust :D

Quoting: jens[You know what an NDA is?

View PC info
Aurora 4x obviously (by the way, there is a redo, Quazar 4x, on itchio).
0 Likes

Quoting: jens[You know what an NDA is?

View PC info
Well, this one was obvious. The seagulls, first, and then the name, Aurora.

You know how the Aperture Science boat is called the Borealis in Half-life 2 and Portal 2, right? Half-Life 3 Confiiiiiiiiiirmed! :D


Otherwise, I don't know. Maybe The witness? I haven't played it, but it's on an island. Would it fit with seagulls and Aurorae?

Quoting: riusmaSeagulls are maybe for the band A Flock of Seagulls (always a song in the clues)?

In their song "I Ran" there is a mention of Aurora (Aurora borealis). There could be a connection.

My thoughts as well.

I Ran (So Far Away) - A Flock Of Seagulls

If this lead is correct, then I can see two possible prominent themes in the song that wouldn't be too insanely cryptic to reference: a red-haired woman and disappearance. Which could either refer to a red-haired female protagonist or something disappearing. Or both. Well, there is also running of course but that is a bit too broad, it can't be the only meaningful element, right? (Unless we're getting Mirror's Edge or something)

Quoting: qptain NemoIf this lead is correct, then I can see two possible prominent themes in the song that wouldn't be too insanely cryptic to reference: a red-haired woman and disappearance.

Witcher 3?
6 Likes, Who?
«2/10»
While you're here, please consider supporting GamingOnLinux on: