Another Steam Client Beta is out, adds the ability to force Steam Play

Valve are working fast to improve the Steam client this year, with another beta now available including an option that was highly requested.

Firstly, Steam Input gained support for the HORI Battle Pad and HORI Wireless Switch Pad. Additionally, Big Picture mode had two bugs fixed. The usual stuff there and nothing major, that is until you get to the Linux section of the beta changelog.

Users have been asking Valve pretty much since Steam Play arrived, to add a method to force a native game to use Steam Play instead. So now, if you've opted into the Steam beta client you will see this on the properties of a game (the bottom option): 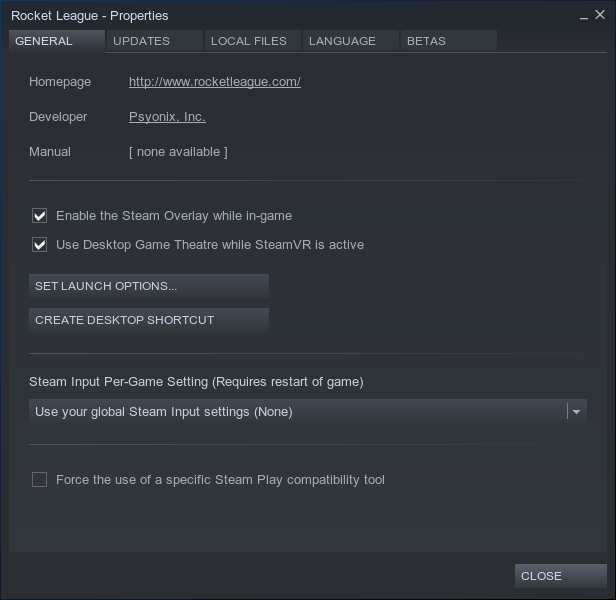 Why is that so interesting and important? Well, honestly, some Linux ports get left behind for months and years and some really just aren't good. Additionally, some Linux games have multiplayer that's not cross-platform, this could also help with that. Not to downplay the effort a lot of developers put in, it's just how it is. The ability for users to control between the version from the developer and running it through Steam Play is a nice to have option.

While not noted, the Steam client now actually shows what version of Proton is used for each title. Here's Into the Breach for example: 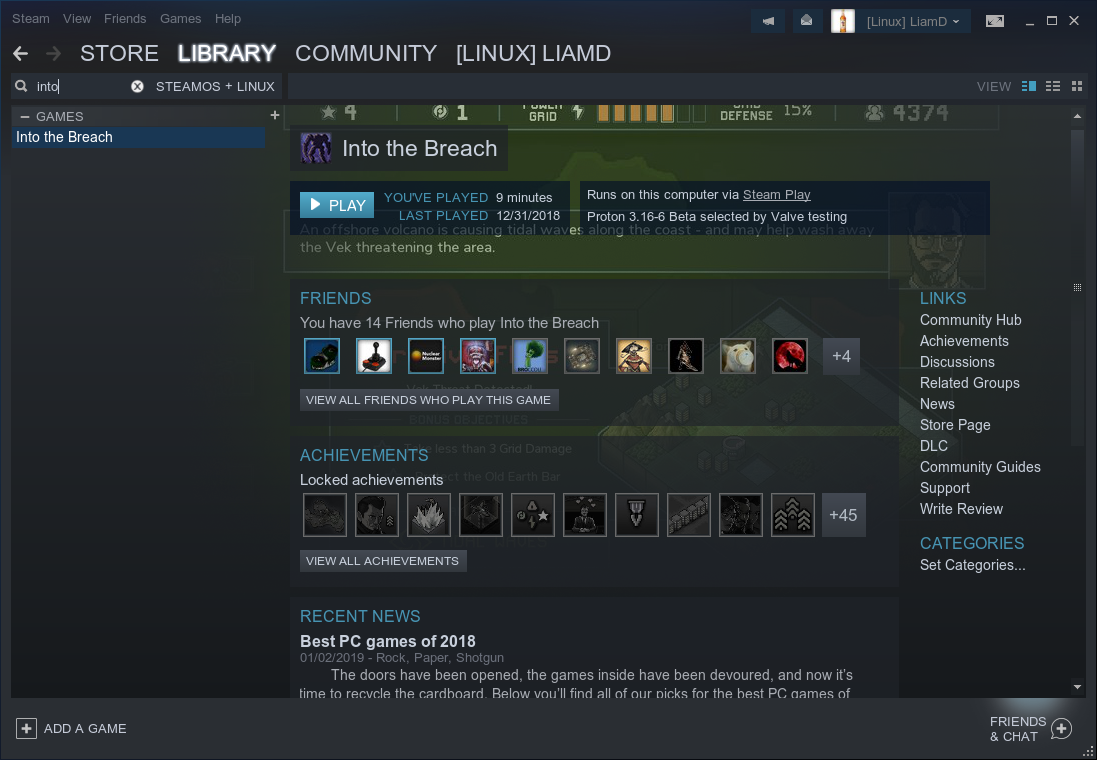 One of the next big stages for Steam Play, will be actually showing it for whitelisted titles on store pages. I'm still very curious to see how Valve will be handling that. Valve might also want to update the Steam support page too, it's rather outdated.

I am the owner of GamingOnLinux. After discovering Linux back in the days of Mandrake in 2003, I constantly came back to check on the progress of Linux until Ubuntu appeared on the scene and it helped me to really love it. You can reach me easily by emailing GamingOnLinux directly.
See more from me
Some you may have missed, popular articles from the last month:
The comments on this article are closed.
137 comments
Page: «14/14

Quoting: EikeThat probably won't be true for hardcore gamers, but for the majority (as long as their internet connection is good enough) won't see or at least won't care for the difference. (I heart there's people playing at 30 fps out there...!)

That's me! ... But it'll take a lot to convince me to switch to streaming as my main means of gaming.
0 Likes

Quoting: obscurenforeignI don't really feel like messing with a beta right now, can anyone tell me if Saints Row: the Third works on Steam Play? I tried on Wine before but it wouldn't start, apparently because of problems with the DRM. (I didn't feel like trying to crack it.)

Dang, that's what it does in Wine too. (Sorry for the late reply.)

Well, if I select DX9 I can see some logos. Then it crashes.
0 Likes

Quick history lesson (for those who don't already know about PS/2 and ISA):
If MS continue on the path they're on with Win10, I can imagine a consortium of game developers coalescing around Proton as a sort of “Industry Standard API”. I think that's Valve's whole plan, really.

It's true that an API is a different beast to a hardware architecture and things in the software world move much faster. And DX11 is already “out of date”. But then, so was ISA: PS/2 was more advanced. However, ISA was simply a common platform that future developments could be based on. There's not much of it left in a modern PC. The point was wresting control of the platform from a single player and moving towards a more open, consensus-based, industry-wide model without restrictive licenses.

The same could happen with Proton. If DX11 proves inadequate, they can move towards using Vulkan directly. If the basic Win32/64 and DirectX APIs become outdated, well, everything written specifically for Proton's “ISAPI” works on Linux anyway, so...

(Edit: Heh. That's what I get for reading the thread backwards. I didn't see tonyrh's comment until I'd posted mine. Great minds think alike. :) I think one difference is that I don't see it as a bad thing. ISA didn't strengthen IBM's hand; quite the opposite. Although they eventually gave in and continued to make ISA PCs, they had to recognise that it was no longer “their” system. I don't see Microsoft losing control of the pre-DX12 Windows API as anything other than a win.)

The PS/2 port is a connector named after the IBM PS/2 models where it was introduced. It was quickly adopted and replaced DE-9 RS-232 (mice) and 5-pin DIN (keyboard) connectors. They have all essentially been superceded by USB nowadays, but the PS/2 hangs on due to some specific attributes that makes it desirable even today.

Heh. I knew someone would pick up on that. I was trying to keep it simple. :)
0 Likes
« 1«14/14
While you're here, please consider supporting GamingOnLinux on: