Here's a curious one. Evolvation, a space combat sim from HyperReuts originally supported Linux last year and after going through a revamp Linux support was removed. It's coming back though, as the developer has confirmed. 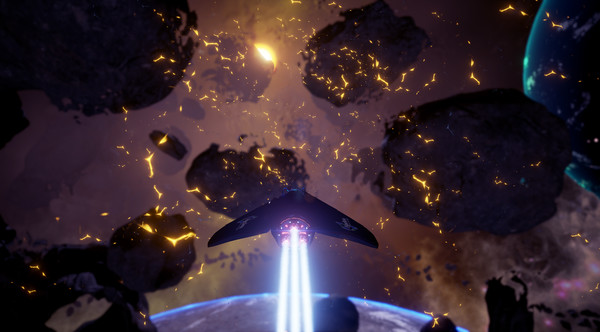 Their story is a bit of an odd one actually. After leaving Early Access in 2017 they didn't gain much of a following and so they gave away ten thousand keys on the SteamGifts website to try and get some support. According to them, a lot of they keys weren't used to play the game (I assume they mean people tried to sell them) and so they went to revoke them. This caused a pretty big backlash and so they then made the game temporarily free to make up for it.

As this was going on, Linux support was removed as they released their big 2.0 revamp of the game in October last year. They mentioned in a few announcements they would work on Linux support but nothing seemed to happen. Their wording wasn't great either, since it previously had Linux support.

However, in reply to an unhappy user review about Linux support being removed, the developer replied to the review directly to say this:

I am sorry that the Linux support is gone. However I am glad to say that it is only temporarily. It was gone because of the launch of Evolvation 2.0. (We thought no one would mind the temporal removal of Linux since we had no active Linux players atm.

I am sorry for the inconvenience. I will let you now ASAP when Linux support is back.

Nice to know they will get it supported again, that's really good to see. Although, removing it completely in the first place and not explaining to users first was a really poor move. I say this as someone who personally purchased it, that's just not acceptable.

Hopefully soon we can try it once again and give some thoughts on the revamped game.

View PC info
"Evolvation is already in your Steam library"
But... how?

View PC info
I played it maybe one year ago ? It was terribly bad. Maybe i should try it again...
0 Likes

View PC info
I'm pretty space sim focused (see the avatar) and I've never heard of this title. Has anyone tried it? Any good?
0 Likes
While you're here, please consider supporting GamingOnLinux on: