Factorio has a major new experimental release out ready for testing, loads changed

Factorio, the excellent Early Access building and resource management game from Wube Software has a massive new release out ready for testing.

The experimental build 0.17 (and the 0.17.1 bugfix) include some ridiculously big changes for the game. There's far too many changes to list them all here but at a glance, here's some highlights of what to expect from it: 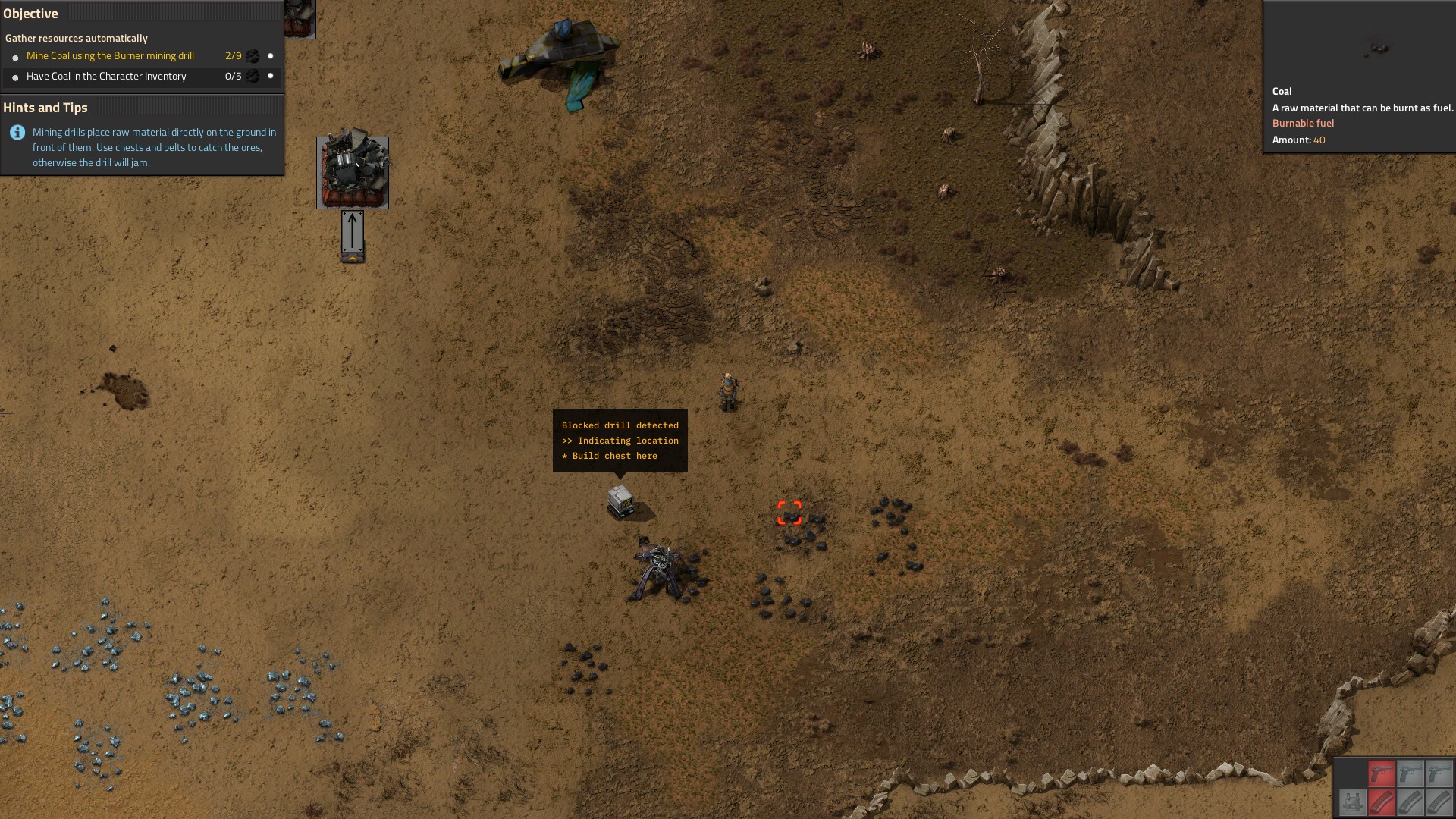 The new introduction tutorial is actually really nice, while it's not entirely complete it does seem to do a pretty good job of getting you up to speed and interested in actually playing the game. As someone who loves the game but hasn't played it for a long time, it really helped. I especially like the limit helpful robot following you around.

See everything else in the changelog here for 0.17.

The newer quickbar is a massive improvement, being a lot more useful than it was before. Being able to easily click a slot and pick an item to have there is really great. 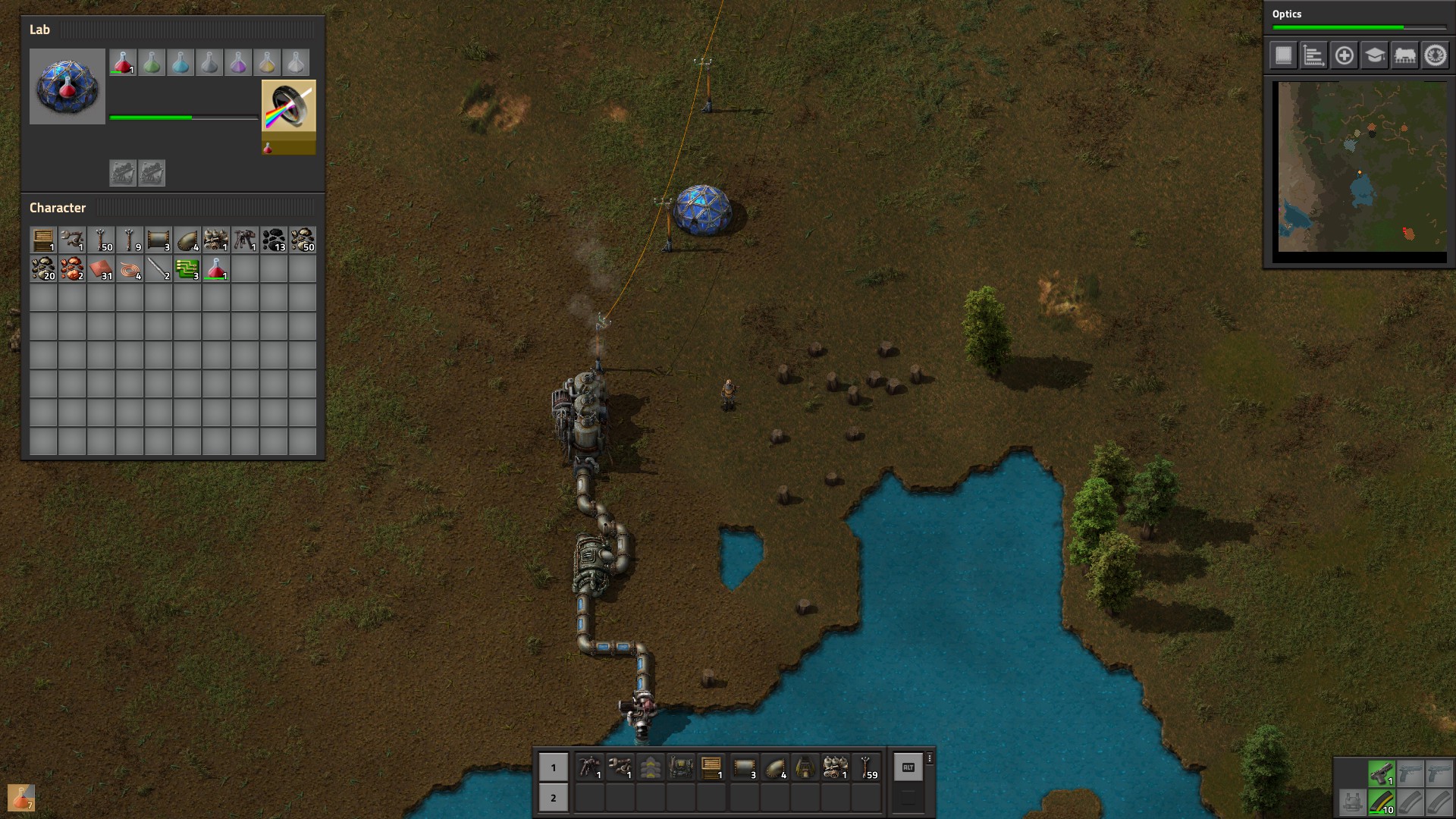 Factorio is a game where you can easily lose track of time, it's pretty incredible what craziness you're able to create with it. I was only supposed to quickly test out the update and I ended up spending multiple hours building up a new start. It certainly can get a little confusing as you progress though, you end up juggling so much although it does allow you to mark points of interest on your map which comes in real handy. It performs amazingly well too, no issues for me.

You can grab copy from Humble Store, GOG and Steam.

View PC info
I thought this left EA last year! When are they actually going to finalise its content??
0 Likes

In the next months in their plans. So, realistically, I'd say Q4 this year. :) Regardless, this should be the last experimental major. It will be updated until it basically becomes 1.0.
1 Likes, Who?

View PC info
As soon as I can move away from my old laptop get a new desktop PC Factorio will be running warm. The newest screenshots look great! :)
0 Likes

A while back, it was expected that release 0.16 was going to be their Release Candidate for 1.0 and leaving Early Access. However, their Roadmap (updated 9/2018) shows what is expected to release in 0.18.

Personally, I have had the game since 0.14 (back when you had to kill biter nests to get alien artifacts for the top tier science.) I have been impressed with the majority of what they have done with the game since. Right now, most of the changes seem to be spit and polish while making it slightly more noob friendly.

If you look at the roadmap the majority of the work for 0.17 (and expected for 0.18) has been on backend improvements, better GUI, more hi resolution graphics, and tutorials/campaign. There has been a few balancing tweaks, but no major gameplay changes.

View PC info
I'm really looking forward to giving this a go on my new setup. I can see everything all at once. Whether that's good or not has yet to be determined.
1 Likes, Who?

View PC info
Hopefully they will never finish it, I play this game for 3 years and it keeps surprising me :) Best 20€ I spent in my entire life :)
0 Likes
While you're here, please consider supporting GamingOnLinux on: