The Mean Greens - Plastic Warfare, which returned to having official Linux support recently has another big update out and they've dropped the price too.

Patch 1.25 named "Your Dollar's Still Kickin' Butt!" is now out and it comes with quite a few improvements. For Linux gamers specifically, they're hoping this patch will solve some lighting issues on the Toybox Assault map. If it does and Linux gamers confirm it to them, they will roll that same fix out to the other maps. 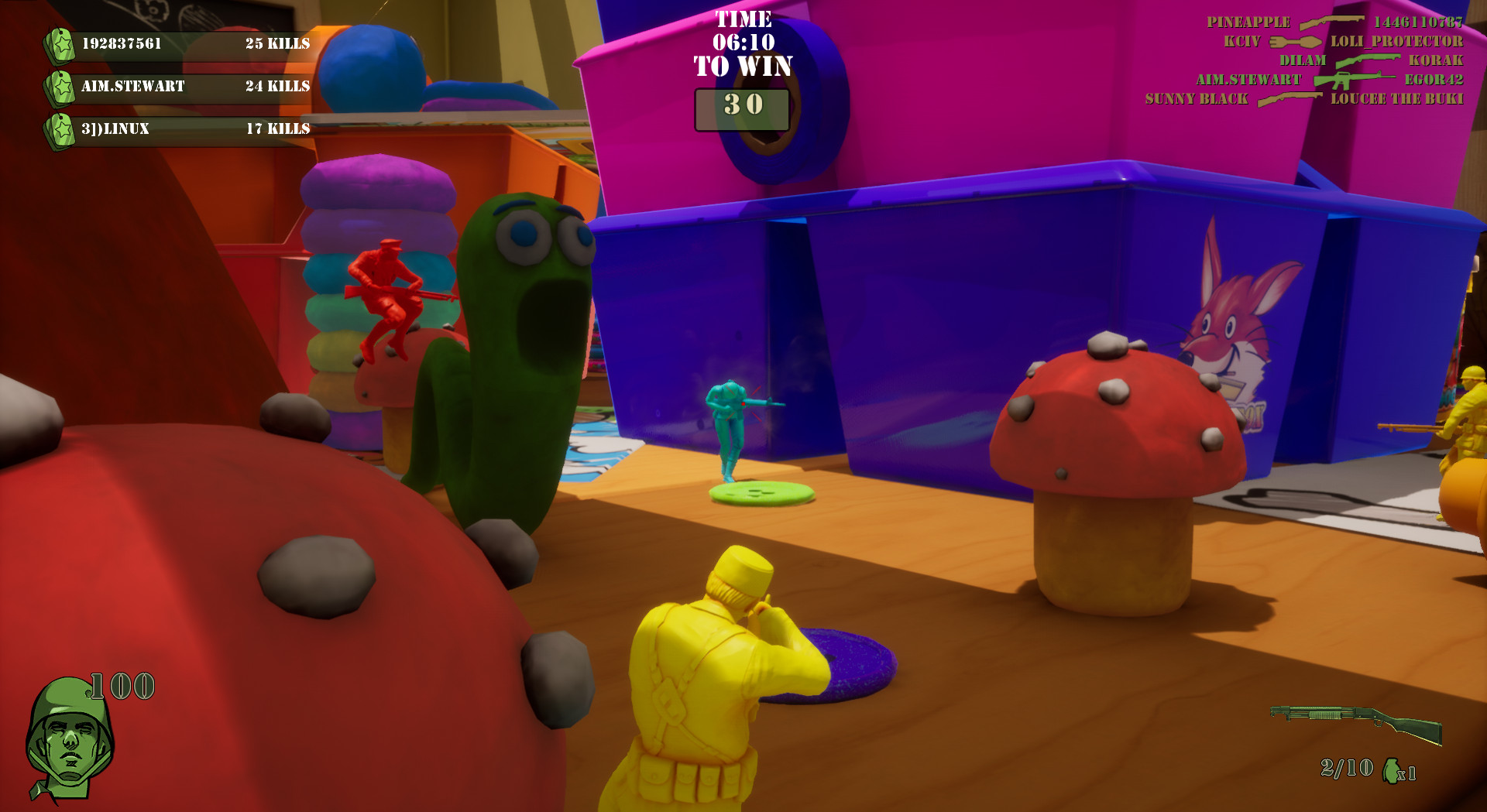 Outside of the Linux fix: You can now do a backwards combat roll, diagonal sprinting, if you're hit by the flamethrower there's a new effect to show you're on fire and a bunch of new sound effects.

They also improved hit detection, more optimisations to make it perform better, plenty of bug fixes, faster weapon reloading and switching and so on.

Great to see another Unreal Engine game doing well on Linux. For me, it does run very nicely and it is a lot smoother with this latest update.

View PC info
I gave it a quick try last week. I find two issues with it. The key remapping misses a couple of keys making the use of vehicles problematic (not sure if this is Linux specific). And motion blur! :'( Thankfully, both can be fixed manually in the config files.
0 Likes

View PC info
Very nice. They seem to be dedicated to this game a lot, especially with the price drop. I hope they will gain more players.
1 Likes, Who?

M@GOid 5 Feb, 2019
View PC info
I got it the last time you made a article about it. Seems very nice. I just got in the training map to do some practicing, since I do not like to jump blind on online matches.

The lighting illumination was almost fixed, there still some artifacts in a couple objects on the map, but nothing severe as it was before.
0 Likes

Quoting: GuestIf only it had AI so it could be single player and co-op as well.


Last edited by apprentix on 6 February 2019 at 1:12 pm UTC
0 Likes
While you're here, please consider supporting GamingOnLinux on: