Put on your headband and enter the internet of dreams, Hypnospace Outlaw is out

Hypnospace Outlaw is both ridiculous and brilliant, a game that simulates the '90s internet in a rather disturbing way and it's out now with Linux support.

Originally crowdfunded on Kickstarter, from some of the minds that made Dropsy, it gathered a reasonable sum of $35,994 back in 2016. I remember seeing one of the earlier trailers for Hypnospace Outlaw and being so completely bemused by it.

Thankfully it's not just a weird, it's actually pretty good. You are a Hypnospace Enforcer, basically you're the internet police, the job I'm sure you've always wanted! 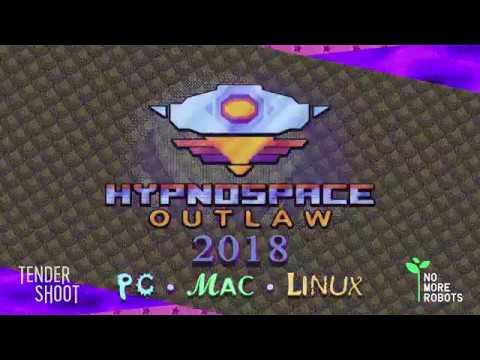 While playing it, Hypnospace Outlaw brought up some interesting memories of my early years messing with computers. The attention to detail is quite alarming, they really went to great lengths to simulate so much of the early internet it's crazy. From terrible mouse effects to the wild website designs and under construction images, it has it all.

I will openly admit the game made me feel a little guilty! As I flagged images for "Content Infringement" and sent them off to HQ to have them rip the images away leaving an old school broken image placeholder, people certainly were upset with me for doing it.

The official bit included at no extra charge:

As part of your job as a Hypnospace Enforcer, you'll be watching out for copyright infringement, internet bullying and more, with reports and rewards coming direct from the Hypnospace Patrol Department to your inbox. In your spare time, you can customize your HypnOS desktop however you see fit, with a variety of downloads, wallpapers, screen savers and helper bots to keep you company.

Completely bizarre, weirdly nostalgic, slightly confusing and yet also highly engrossing. A point and click adventure sim like nothing else that's for sure! You can find it on GOG, itch.io and Steam.

View PC info
*sigh* "future nostalgia", back then the world had a bright future, now we are doomed.
0 Likes

View PC info
I only saw the net properly in the early 2000s and back then all I had was a dialup modem and all I cared about was games.
All i recall was looking up pictures for school essays.

Quoting: chancho_zombie*sigh* "future nostalgia", back then the world had a bright future, now we are doomed.

"Anyone can put anything they want up for everyone else to see!"
"yes.. that accurately describes the problem"

Template websites and blogs* had helped reduce the visual torture aspect quite a bit, but 90% of what's stored online still qualifies as complete and utter garbage.


*) when exactly did we become so ego centric that we decided to drop "we" from weblog ?
0 Likes

Quoting: razing32All i recall was looking up pictures for school essays.

And the watermark that would follow you as you scrolled down the page.
2 Likes, Who?

And the watermark that would follow you as you scrolled down the page.

That one brings back memories: I remember feeling proud when I figured out how to do that, back in high school.
0 Likes
While you're here, please consider supporting GamingOnLinux on: