With hand-made environments, the point & click Truberbrook is out now

Inspired by the likes of Twin Peaks and X-Files, Truberbrook from developer btf and publisher Headup is now out with Linux support. Note: Key provided by the publisher, GOG also sent a copy - Steam version tested.

I've been excited to play Truberbrook for quite some time, ever since the successful Kickstarter campaign back in 2017 I've waited constantly to hear new information on it. The style, is simply fantastic and their effort in hand making the scenery really is quite impressive. At least, that's what I can get from my short time with it due to issues noted below. 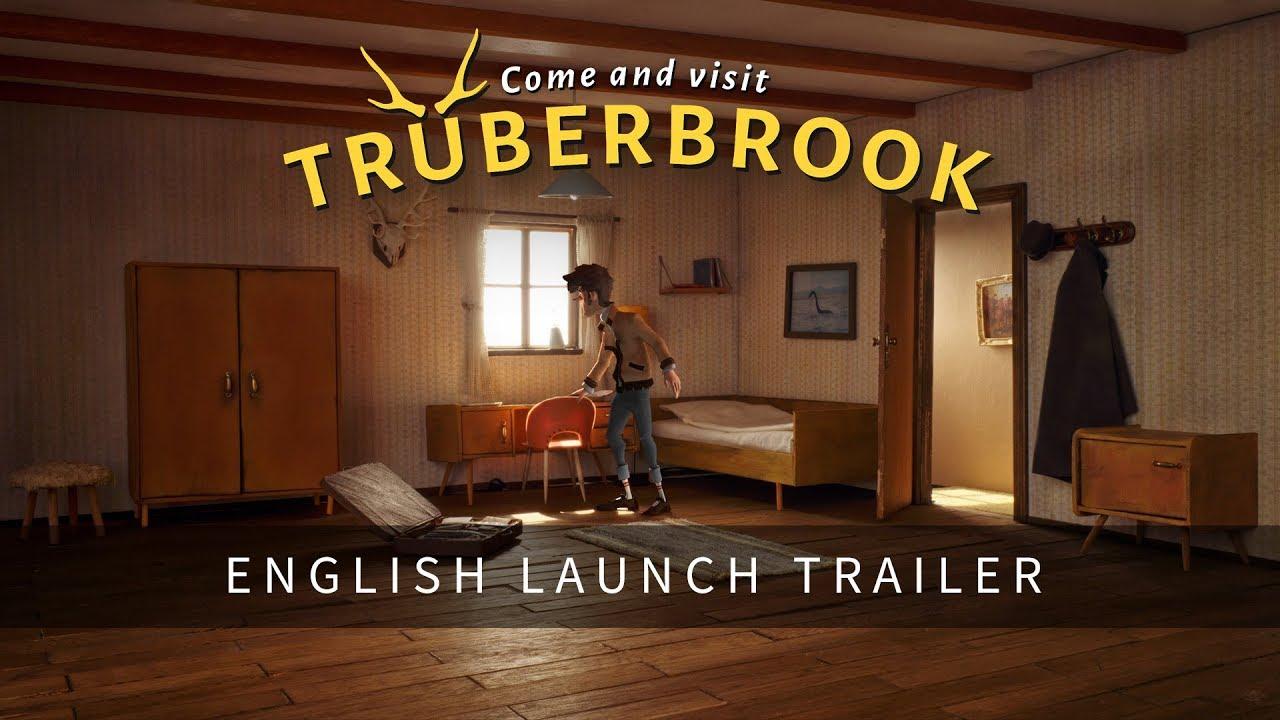 As for the aforementioned issues: For one, you can't actually quit the game without manually forcing it to quit. The Quit button on the main menu just does nothing. While it's slightly amusing, it's still a bug.

The worse issue though, is it seems cutscenes don't actually work and I really would rather not proceed any further until they do. You just get a black screen which seems like it has crashed but it hasn't, as it's supposed to be playing a video and that spoils it rather a lot. This doesn't seem specific to Linux, I've seen Windows users report the same thing.

Outside of that, the voice-over for the initial section seems quite poor at times. I don't mean the voice actor, I mean in terms of sound quality. Again, something reported across platforms. Overall, not a good start. I've seen a lot worse though of course so once this is fixed up, I will take a proper look at it.

You can grab it from GOG and Steam. Both stores have it with 10% off until March 18th/19th (date depends on the store).

I am the owner of GamingOnLinux. After discovering Linux back in the days of Mandrake in 2003, I constantly came back to check on the progress of Linux until Ubuntu appeared on the scene and it helped me to really love it. You can reach me easily by emailing GamingOnLinux directly.
See more from me
Some you may have missed, popular articles from the last month:
The comments on this article are closed.
12 comments
Page: 1/2»
Swiftpaw 13 Mar, 2019

View PC info
Fine looking thing but would definitely not get it until it fully works!

Testing, it's always the testing that lacks...
1 Likes, Who?

Looks fantastic and is totally my cup of tea.

Yet, it seems to melt my Haswell notebook and it performs utterly awful.
It might be a Unity thing, though, as I remember other Unity games also struggle on my hardware in that regard.

C'mon, I have no idea why games like those shouldn't work properly on a Haswell notebook?

Tried it on Win 10 and it works smooth like butter.
Don't take it as a provocation. It's just true in my case.
Linux gaming can still be a letdown and I'm 99 % Linux user.

I wonder how the reception is for users that just try a Linux distribution.
You know: "There's no second chance for the impression"
And from my recent experience, even the second impression might not do it.

Couldn't exit the game either, Liam. :D
If it has been tested at all, how did they miss this?

View PC info
Backed the game at the beginning of the development and got the key over the weekend. I was away so couldn't try but seeing the problems currently have, will wait a little bit to have a much better overall experience.

Needless to say that I am quite hyped about the game, the story, the art, all of it gives me a good vibe.
3 Likes, Who?

QuoteAs for the aforementioned issues: For one, you can't actually quit the game without manually forcing it to quit. The Quit button on the main menu just does nothing. While it's slightly amusing, it's still a bug.

It's a game you just can't quit playing...!
5 Likes, Who?
chepati 13 Mar, 2019
View PC info
I had wish-listed the game after the initial article on GoL, a few weeks ago. I got the email yesterday when it released, and bought it 30 minutes right away. For some reason I thought it was a Windows only game, but decided to try it under Linux, via Proton. I guess I was actually playing it native without realizing. I hit the black-screen-on-cutscene and the Quit-button-not-working issues, so I booted into Windows where the game worked without issues. When I get home from work today, I'll give it another try under Linux.

So far I like it, beautiful scenery, good voice-over, ok puzzles. But I am still on Chapter one, trying to get the cable car working.
0 Likes

View PC info
Judging by the community hub on Steam, this game seems to be an untested bug fest.

i wonder if someone ever started this game on linux, before they released it.
1 Likes, Who?

Quoting: mylkaGerman craftsmanship
meme
Quit button on the main menu just does nothing

i wonder if someone ever started this game on linux, before they released it.

I wanted to support the developer for a day-1 Linux release but apparently they don't care much or at all.
Not sure this should be honored.

Thinking about a refund for the very first time.
0 Likes
NadirX 15 Mar, 2019
Using ALT-F4 I managed to quit :)
0 Likes
1/2»
While you're here, please consider supporting GamingOnLinux on: