This updated edition includes higher resolution support, a streamlined interface and "extremely cheap voice acting by Alasdair Beckett-King, real Nelly and literally no one else". 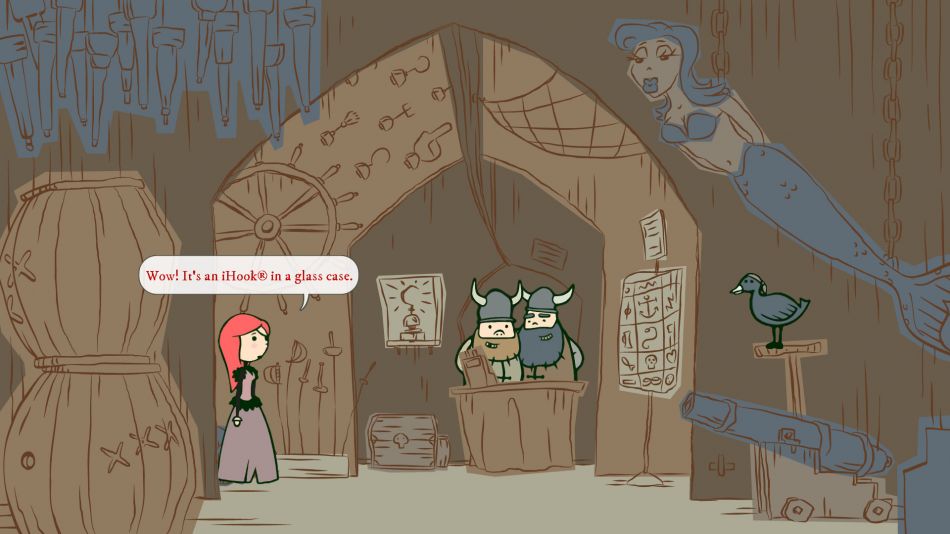 One thing I will note, is that it's another game using the problematic Adventure Game Studio. For me, the mouse was very laggy (unplayable) and the fullscreen support with two monitors was poor with it sitting in the middle of them both. I tried going over the various possible configuration file tweaks, but nothing seemed to make it playable. I've let the publisher, Application Systems Heidelberg, know about this. It's near the middle of 2019, something as basic as mouse movement shouldn't be an issue.

As a reminder, the developer has decided to give all revenue (after fees and taxes are deducted) to the RSPB. A lovely British charity that takes care of the birds. It's super cheap too at only £1.69/$1.99/€1.99.

You can find Nelly Cootalot: Spoonbeaks Ahoy! HD on Steam. If you enjoy it, you should also check out Nelly Cootalot: The Fowl Fleet (a stand-alone story, not a sequel) which also has Linux support on Humble Store and Steam.

View PC info
I believe you posted some recommended tweaks in the past for another game that uses this engine, but here is what I did:

Find the game's configuration and save game location (for me it was ~/.local/share/ags/Nelly Cootalot Spoonbeaks Ahoy) and edit acsetup.cfg to add under graphics:
screen_def=explicit
screen_height=1080
screen_width=1920
(or your preferred resolution) and under mouse:
speed=1.500000
(or some value higher than the painful default of 1.00)
2 Likes, Who?

View PC info
Afraid that didn't solve it cbones, I tried numerous options. Unless I move the mouse like an absolute snail, it goes widly laggy. They're looking into it though.
0 Likes

I wanted to write a GoL article about this for a long time...

That is a shame, I do not know why this worked for me then

View PC info
@cbones That does not work, I feel like a broken record, I tried all mouse config options.

@Eike Interesting there's that, I will test later but frankly none of this should be needed.


Last edited by Liam Dawe on 24 May 2019 at 12:14 pm UTC
0 Likes
While you're here, please consider supporting GamingOnLinux on: