As a follow-up to 2011's Waves, Waves 2: Notorious has arrived on Linux as part of the 0.73 Early Access update on Steam. Originally entering Early Access in late 2015 it has continued to see big updates and the developer, Rob Hale (aka Squid In A Box Ltd), is planning a full release in Q2 next year. Note: Key provided by the developer.

So what is it? Waves 2: Notorious puts you in the shoes of a Hacker or "Runner", tasked with infiltrating computer networks in a cyberpunk-styled version of cyberspace. Here you must protect yourself against the attacks of the AI "Administrator", while uploading viruses and downloading corporate secrets in an attempt to build your notoriety. 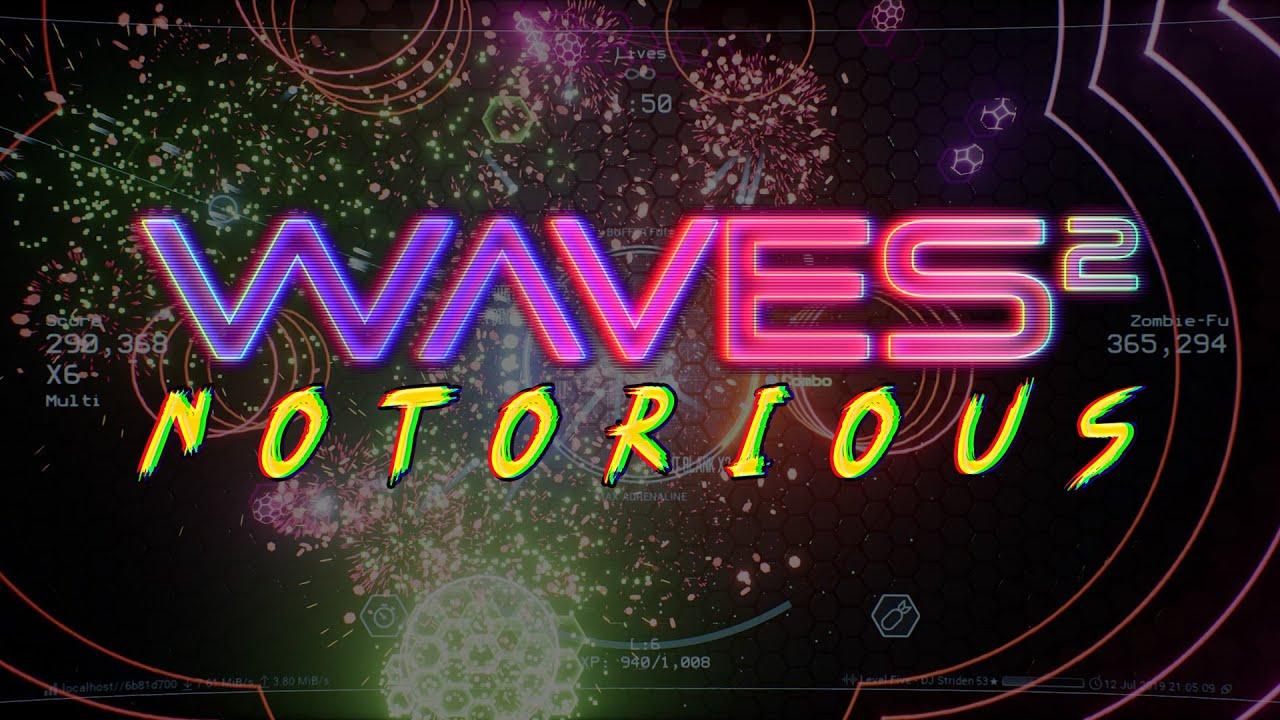 Since the developer provided a key, I've been testing it on Manjaro and the experience is absolutely crazy. I never played the original, so I can't compare there but this is a fantastic twin-stick shooter to sink your teeth into.

It has a procedurally generated single-player campaign, which is a little unusual for a twin-stick shooter like this. You go through servers, picking nodes to tackle which are the actual levels. As for the action, the idea is not to just destroy every enemy on the screen, as during each level you will need to unlock certain nodes by shooting them to then hack into them by staying inside a certain area (tricky with lots of enemies around) and once done you can access the level exit. This can be challenging, due to the fast moving enemies as well as the enemy types that grow across the floor. 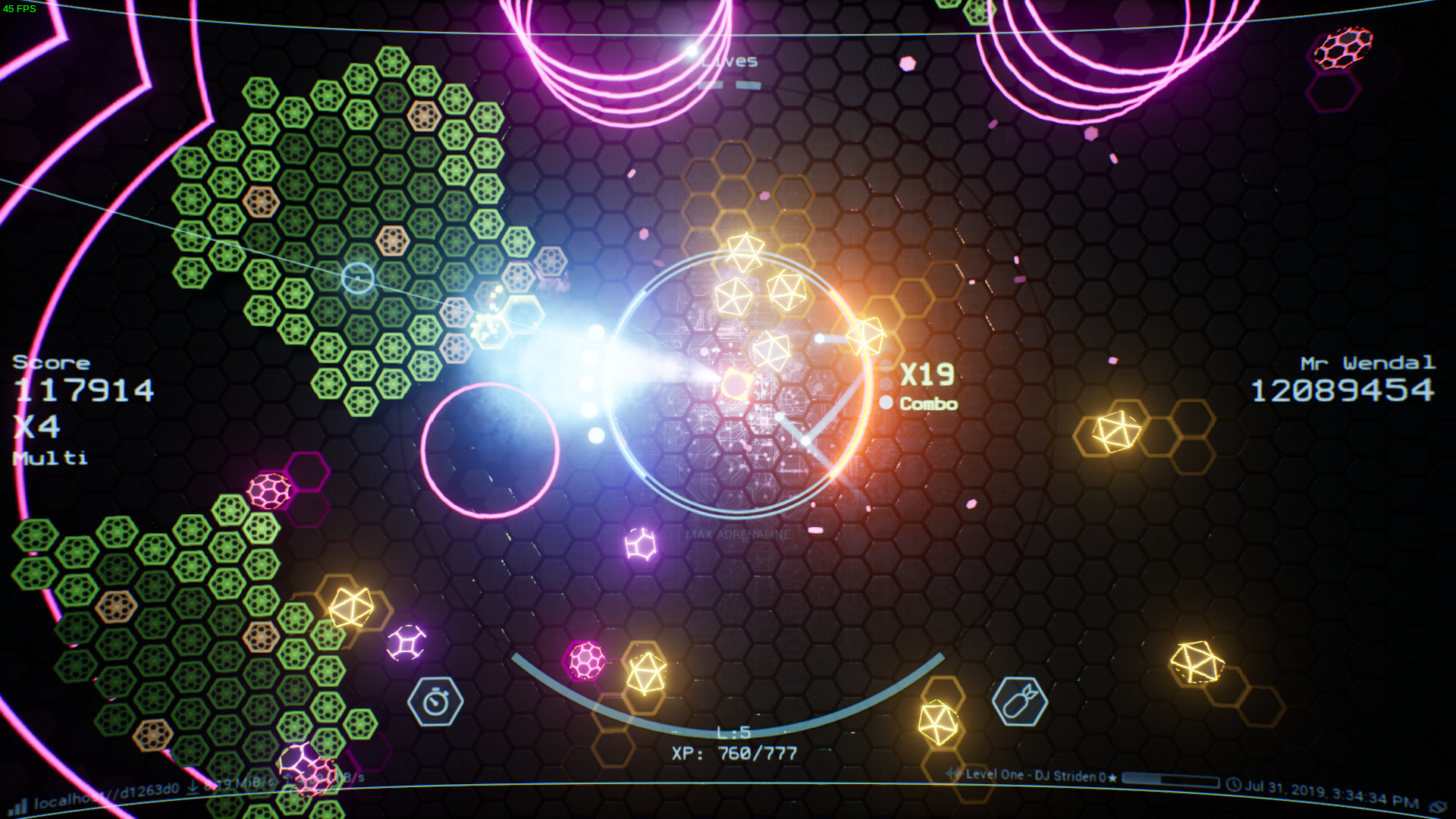 There's the usual enemies that just mindlessly move around but it doesn't take long to turn the difficulty up a notch, with fast-moving enemies that go right for you and some that will attempt to move around your bullets, while also getting gradually closer to you. The design of the enemy types is awesome, as is the bright neon visual style. Brilliant music as well, really helps get your blood pumping.

On top of the campaign there's also six different Arcade game modes with online leader-boards, which also has some progression in the form of Stars. You can use these Stars to unlock around 36 new items including weapons, abilities and more. The developer said it gives you around "46,656" different possible combinations, to get your character exactly how you want it to be. 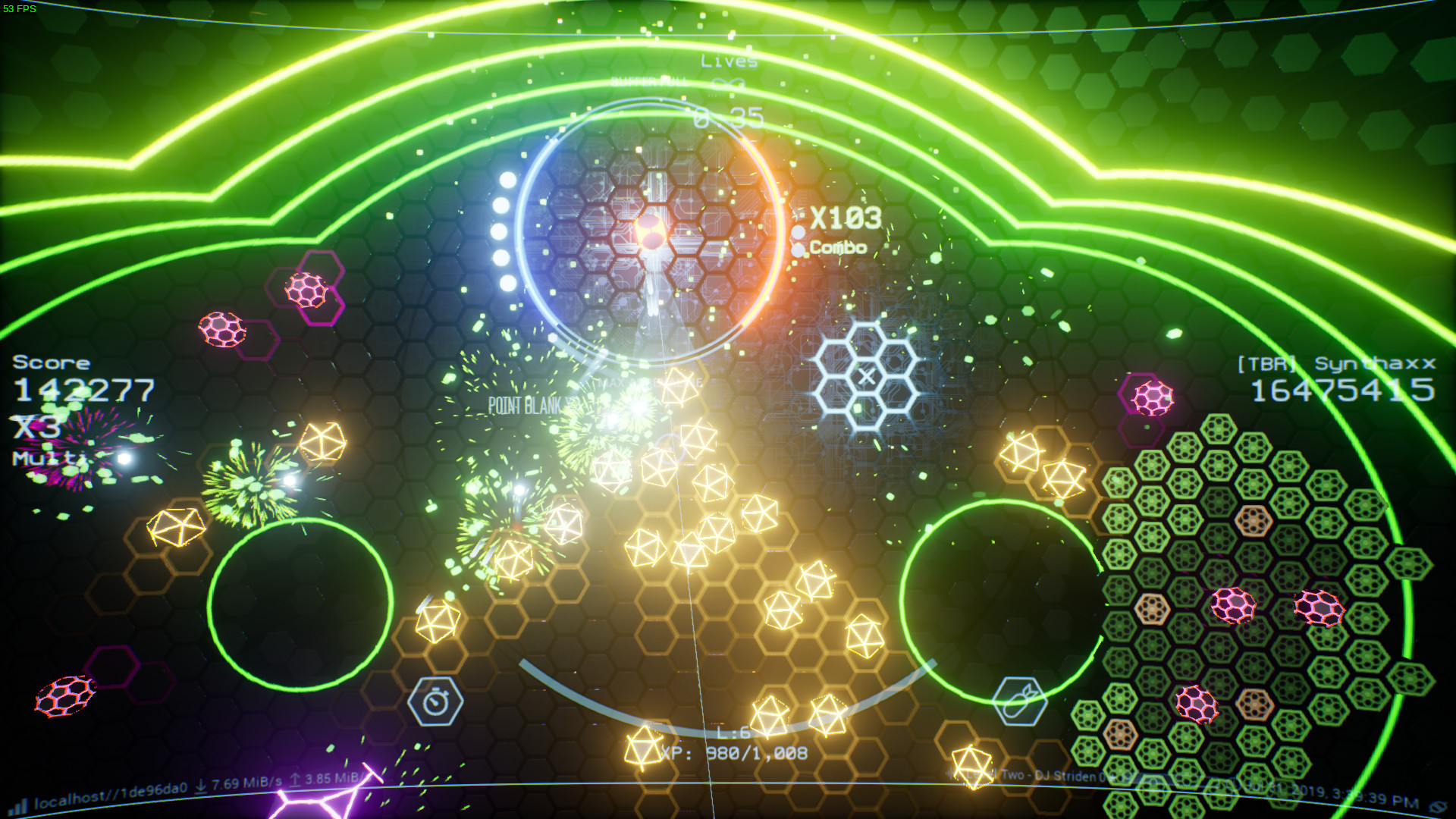 Additionally, it also recently gained an experimental Last Man Standing multiplayer battle mode, a Battle Royale-like multiplayer mode in an arcade game? Sure, sounds good to me. Each player competes against the AI to be the last remaining.

Performance is mostly great, on the highest settings it drops occasionally when there's a huge amount going on but it always remains smooth and responsive which is the important bit.

If some of the screen effects bother you, thankfully they can be turned off to give you a much cleaner and clearer look. You can turn off the fish-eye like effect on the screen, camera shake and the glitching effect when you're hit. 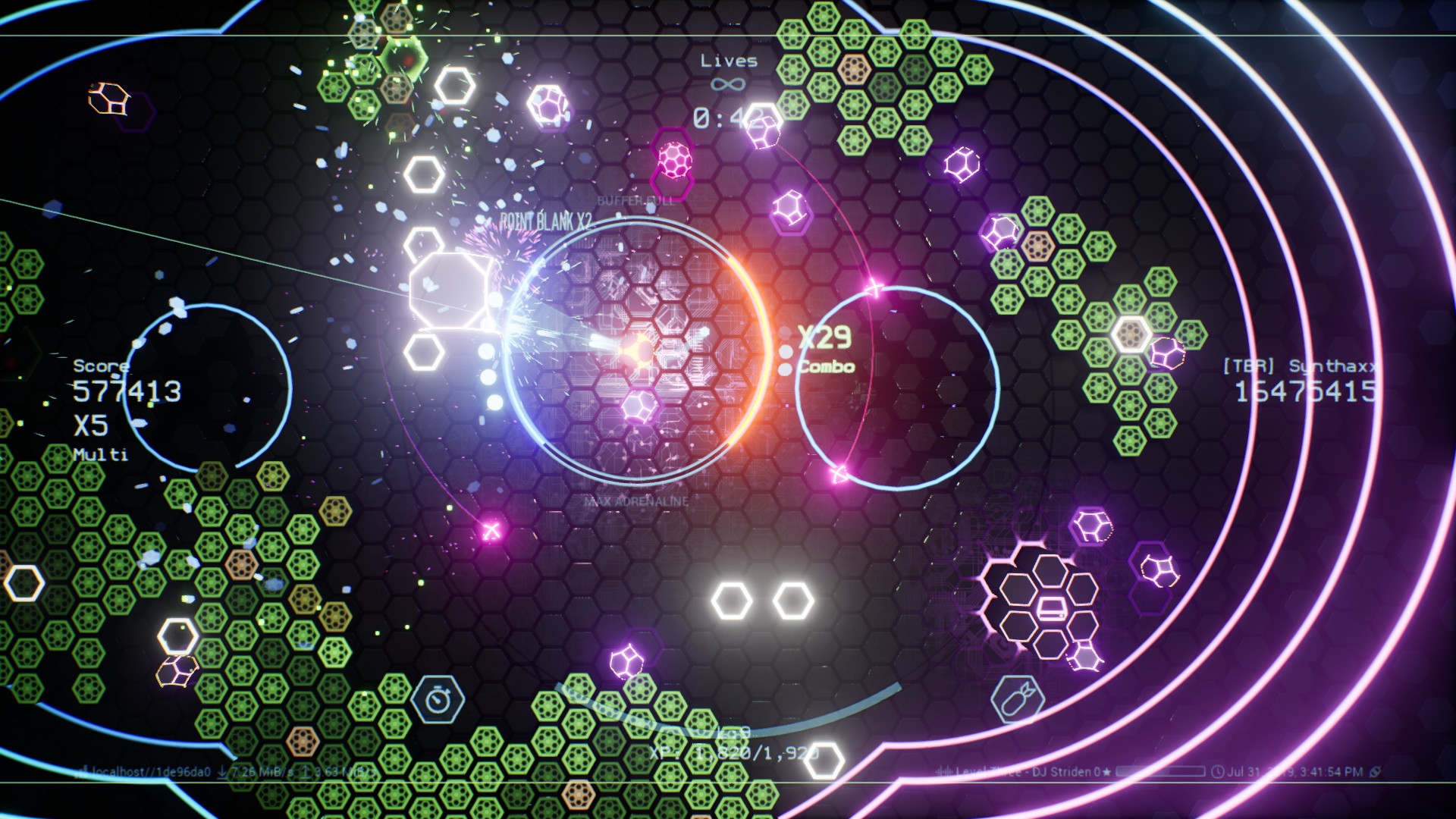 While it's not finished since it's in Early Access, I still consider it an easy recommendation even now due to how fun it is. This is simply a must-have for fans of twin-stick shooters.

View PC info
Seems pretty cool indeed. Need to try it on my regular PC though... the GPDWin1 can't quite handle it :(
0 Likes
While you're here, please consider supporting GamingOnLinux on: