Need something to manage all your games from different places? Lutris [Official Site] is pretty handy and it just had a huge upgrade.

Just released today, Lutris 0.5.3 is the first major release in a couple of months and as expected it doesn't disappoint on the list of improvements.

You now have an option for D9VK in addition to DXVK, making it an even better application to use with Wine so you can easily tweak your settings. Continuing on the addition of new options you can now hide the right and left panels, have Lutris hide when a game is launched plus there's an option for launching the Wine console. 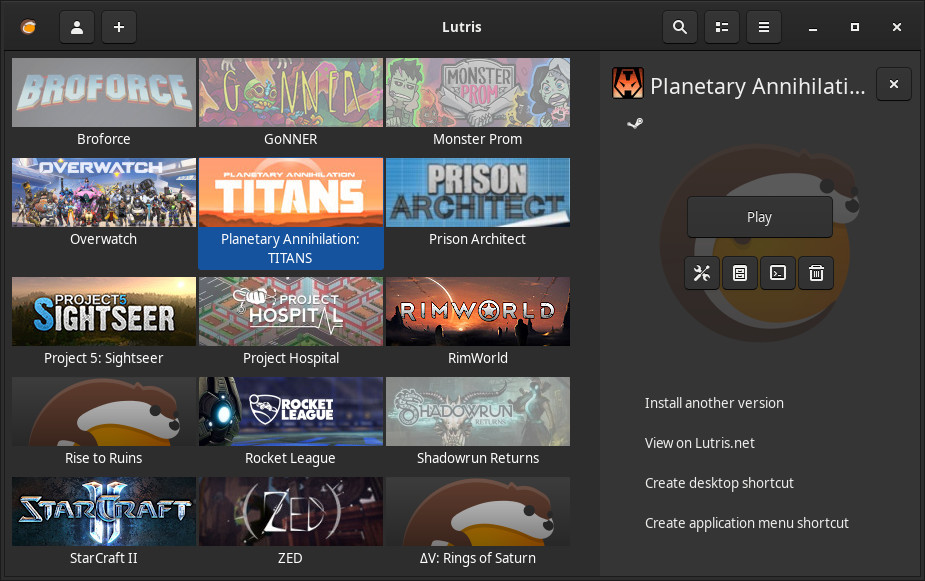 For those of you using Discord and like to show off, it also now integrates Discord Rich Presence too. Additionally they added Ubuntu's AMDVLK path to Vulkan ICD loader search, the right panel gets refreshed when adding or removing shortcuts, Lutris will show an error when a runner install fails plus a bunch of nuisance bugs were solved. Something else that caught my eye, is that the team noted work was done for "future Flatpak support" which sounds good too.

See the release notes on GitHub and you can support the development on Patreon.

View PC info
this launcher continues to impress me.i love this thing to death.everything i have added to it works flawlessly.a one stop place for all your games.
3 Likes, Who?

Ketil 7 Sep, 2019
View PC info
I wish lutris didn't automatically delete the wine prefix of games (and downloaded installers) when the installation script fails. The installers usually don't fail until they have installed the games, and if I manage to copy the folder after install before deletion, then it usually works. If they waited with the cleanup until after I had clicked the error message it would be less annoying though.
2 Likes, Who?

View PC info
I'm glad they've fixed this issue: https://github.com/lutris/lutris/issues/1999
Strange that they don't mention it in the changelog.
2 Likes, Who?

View PC info
I use more and more Lutris to install / manage my games, it became an essential software for me as a Linux player, it's so easy to change Wine version, activate Dxvk or D9vk, restore Desktop resolution after a game quit, install an emulator and so much other handy options.
I like very much this new features in 0.5.3:
- open wine console
- sand boxing bug resolved, no more games files in your personal folders!
- ResidualVM is now functional for Ubuntu users. updated to last git version.

It's impressive how Lutris team had push their gaming platform to a higher level, very nice work.
But they have to make still effort to avoid obsolete installers (scripts), in most (or new) users minds, when Lutris installers do not work, it's Lutris that does not work...But how manage a games libraries installers that will become bigger and bigger?

edo 8 Sep, 2019
View PC info
Last time I tried it (like 2 years ago) I couldnt figure out how to use it, I always felt playonlinux was easier to use. I dont use any of those now, since now steam has proton, I would take a look at it if I ever buy overwatch
1 Likes, Who?

Quoting: edoLast time I tried it (like 2 years ago) I couldnt figure out how to use it, I always felt playonlinux was easier to use. I dont use any of those now, since now steam has proton, I would take a look at it if I ever buy overwatch

I’ve definitely had an easier time with Lutris than PoL, and it looks like it has a more active community, or at least more up-to-date scripts. It always seemed that PoL was hard to get into, while Lutris seem to have had more success in getting people outside the development team to contribute.
1 Likes, Who?
TheRiddick 8 Sep, 2019

View PC info
Some games will work better or launch in Lutris that won't work under Steamplay, so its a handy tool. Also makes for testing easier since you can control versions/builds easy. (you can drop custom wine builds in the runners folder)

View PC info
Just tested the Discord Rich Presence option. I dont use Lutris usually, but Discord sometimes shows like im playing wine64-preloader or similar and i was hoping that thisone is fixing that and showing the actual game name finally in discord ...but it seems it shows as Lutris and then a game name when i click on the name as a info. 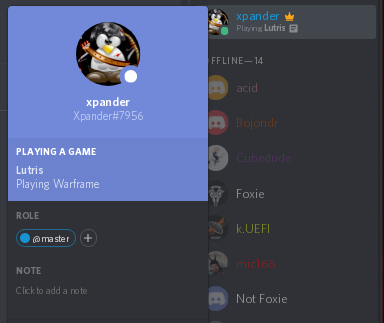 View PC info
Yeah it should say Game (Lutris), that be better.
0 Likes

Quoting: XpanderJust tested the Discord Rich Presence option. I dont use Lutris usually, but Discord sometimes shows like im playing wine64-preloader or similar and i was hoping that thisone is fixing that and showing the actual game name finally in discord ...but it seems it shows as Lutris and then a game name when i click on the name as a info.

It's open source, of course it's possible. Based on a quick glance, I'd say the python code seems clean enough, and this should be a simple change if the project owners agree. (I don't see why they wouldn't.)

An issue at their github would probably go a long way.
1 Likes, Who?
1/2»
While you're here, please consider supporting GamingOnLinux on: