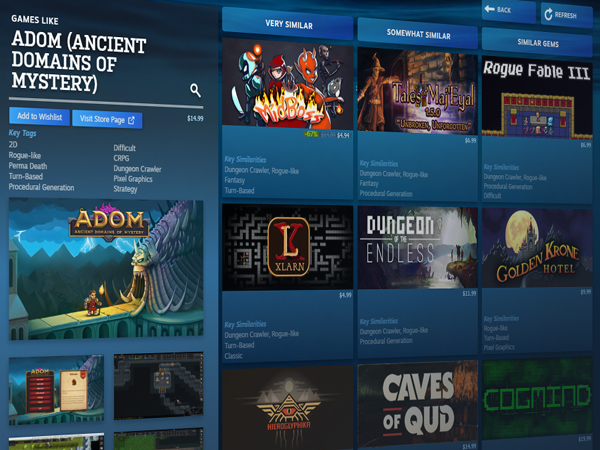 View PC info
I love the Deep Dive tool. I'd like to see its matrix made larger to include more titles viewable at once, diminishing in relevance as we move away from the center.
0 Likes
While you're here, please consider supporting GamingOnLinux on: