ULTRAKILL, as the name might suggest, is a pretty over-the-top game. It's an upcoming first-person shooter from Hakita that now has a free Prelude build out.

ULTRAKILL is a fast-paced ultraviolent old school FPS that fuses together classic shooters like Quake, modern shooters like Doom (2016) and character action games like Devil May Cry.
Mankind has gone extinct and the only beings left on earth are machines fuelled by blood, but now that blood is starting to run out on the surface, machines are racing to the depths of Hell in search of more.

For the Prelude it features a small tutorial, 5 levels and then a secret mission. There's multiple enemy types, 2 weapons, 2 difficulty modes and it's fast. Insanely fast that is, I'm no slouch but I found it quite intense. ULTRAKILL is as much about movement as it is shooting, it throws enemies at you like candy so you need to hop around to avoid them. 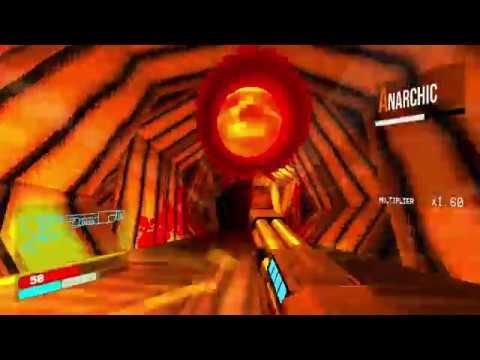 Loved the ability to destroy glass panels, sending your enemies flying into oblivion. If the full game is as good as the Prelude, we're in for quite a bloody treat. Some very satisfying action! The boss fight with some weird floating face was seriously challenging too.

Head on over to itch.io if you want to try it out.

View PC info
Very fast pace indeed! :D
Thankfully you can tweak the settings to fix that insane FOV, among other things. I found it completely unplayable on ultrawide until I poked around a bit.
2 Likes, Who?

View PC info
I'm definitely gonna be keeping an eye on this one. Game demos are powerful, they sway my purchasing decisions more than any other form of advertisement.
2 Likes, Who?
While you're here, please consider supporting GamingOnLinux on: