Ballistic Overkill, an easy pick up and play first-person shooter from Aquiris Game Studio is now essentially being killed off.

In an announcement on Steam, the team noted that "supporting a game like this with frequent updates is no easy task, nor is it something cheap, especially for an independent studio like us" and they're certainly not wrong about that. Keeping a multiplayer game going, with constant updates to keep people interested and fighting against cheaters certainly isn't easy for a smaller team. 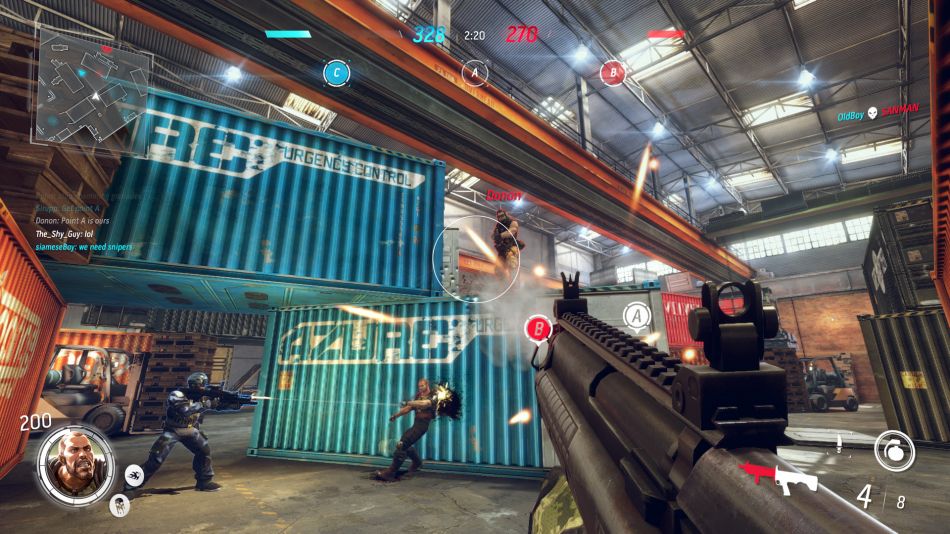 So now they've announced official support for Ballistic Overkill is ending. They will be shutting any official servers from January 31, 2020 which includes online rankings. However, playing on community hosted servers will still be possible and the game will remain on Steam for $1.99.

It's a little sad, since Ballistic Overkill initially had quite a lot going for it. It was cheap, it looked pretty good, performed well and when you had a bunch of people together it was really fun. Most importantly, it was cross-platform supported. We ran multiple servers for it some time ago too, but eventually Aquiris Game Studio just seemed to give it less and less attention. R.I.P Ballistic Overkill.

About the author - Liam Dawe
I am the owner of GamingOnLinux. After discovering Linux back in the days of Mandrake in 2003, I constantly came back to check on the progress of Linux until Ubuntu appeared on the scene and it helped me to really love it. You can reach me easily by emailing GamingOnLinux directly.
See more from me
Some you may have missed, popular articles from the last month:
The comments on this article are closed.
17 comments
Page: 1/2»
Samsai 6 Dec, 2019

View PC info
I think they had a good run and the fact that the community servers will still be available means it'll probably remain somewhat playable for a while longer, unlike games where the whole online ecosystem is controlled by the game studio.

So, thanks for the fun times, Aquiris, and good luck to your future projects. Hopefully we'll see more from you on Linux.
8 Likes, Who?

View PC info
This game had great quality. I'm looking forward to seeing the studio's next offering! Horizon Chase Turbo looked amazing, but I'm just not really into racing games, so I've given it a miss right now. I wonder what else they're working on?
0 Likes
gustavoyaraujo 6 Dec, 2019

It's a very cool game, but they fail first not giving it the desirable amount of maps. But still a very fun game to play, I hope there will be still some community server alive.
0 Likes

salamanderrake 6 Dec, 2019
View PC info
Saw this coming a mile away when they stopped releasing updates for it last year.
0 Likes

View PC info
Sad but this seems to be the fate of most multiplayer games.
Played it a few times with friends , was fun.
I hope that hosting community servers will continue to work in the future.
0 Likes

View PC info
I'm a very casual player of this game, sad to see it's about to die even more (already not so much activity, last time i played).
0 Likes

2fastHunter 6 Dec, 2019
View PC info
How about giving the game to the community, so it can decide, what it want to do with it?
1 Likes, Who?

View PC info
Ah, this is a bummer. I've played it several times, but my friends never bought it, so I didn't play it very often... like once a month. I don't know what turned them off about it.
0 Likes
1/2»
While you're here, please consider supporting GamingOnLinux on: