Volcanoids, an incredibly unique and extremely promising steampunk base-builder just had a huge feature update and it's a big improvement.

Your base, the Drillship, is also your transportation but the island you're on has a constantly erupting Volcano which usually meant a mad-dash back to your ship. This made exploration a bit of a nuisance but no more! You can now find dedicated Blast Shelters to hide in, with each village having one and so you can explore further without too many worries. The developer also added in various mines to find spread across the map. 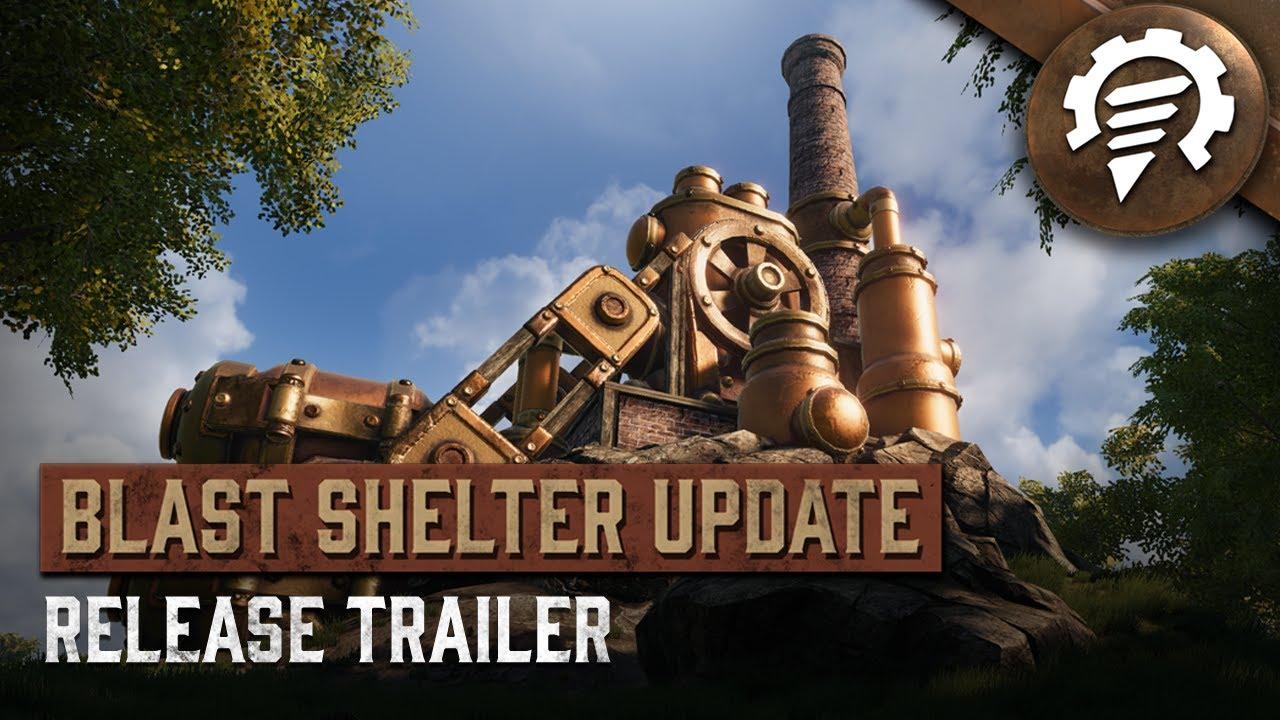 With this release loading times were cut dramatically, I've tested their claim of it myself and loading time is insanely quick compared to what it was which is great. There's also a new F1 help menu, enemy robot drillships will now spawn their COG bots from dedicated tubes you need to destroy inside their ship.

One other big change, is that if you manage to get further into the game and destroy the enemy COG lava source they will no longer spawn drillships. They're working on adding in specialised "Hunter Drillships" that will come for you directly in those areas but it's not quite finished.

As for what's to come next, they're going to focus a lot on the multiplayer side of it which should release for Volcanoids this year. Some of the core features needed for it are done, but a lot of other pieces need to be fixed up, added and adjusted to accommodate multiple people. Sounds like a Alpha-level build with supports for 4 players will be coming, for testing and to iterate on. All sounds great!

View PC info
Can't wait for Multiplayer. Haven't really even touched the game for a year or so (though being in closed beta testing group). But i said it back then. That once they implement Multiplayer im back. I feel like games like these, which doesnt have much of the story, really really need multiplayer.
0 Likes

View PC info
Very exciting news. I really want this game to leave Early Access so I can buy it (or go on sale for a low, low unfinished-game price). Speaking of unfinished games, I wonder what ever happened to Valheim?

Ooooo---what if we could have lava-mobiles? Like snow-mobiles, but for lava? Anybody? Vroom? No? Just me? Ah, okay.

Quoting: NanobangOoooo---what if we could have lava-mobiles? Like snow-mobiles, but for lava? Anybody? Vroom? No? Just me? Ah, okay.

Suitable transportation device for your avatar, I guess! :D
1 Likes, Who?
While you're here, please consider supporting GamingOnLinux on: