Proton 5.0 for Steam Play released - it's a huge update (updated)

CodeWeavers and Valve today released the big one many have been waiting for! Proton 5.0 for Steam Play is now live.

Looking to get started with Steam Play on Linux? Have no idea what it is? Be sure to check our previous beginners guide for some tips and explanations. We'll be keeping that up to date with any major changes.

This is a big jump too, with Proton moving from Wine 4.11 to Wine 5.0 bringing thousands of changes and likely increased compatibility once again. According to what's been said in the changelog, at least 207 patches from Proton 4.11 were either integrated directly into Wine upstream or aren't needed now.

Overall, a very exciting update for getting more Windows-only titles playable easily on Linux through the native Steam client. Enabling more people to try out Linux and not lose access to their vast library of games.

Note: If Proton 5.0 doesn't appear, you can try reloading Steam. It will also download it when you first load a game with it forced as the version for it.

I am the owner of GamingOnLinux. After discovering Linux back in the days of Mandrake in 2003, I constantly came back to check on the progress of Linux until Ubuntu appeared on the scene and it helped me to really love it. You can reach me easily by emailing GamingOnLinux directly.
See more from me
Some you may have missed, popular articles from the last month:
The comments on this article are closed.
80 comments
Page: «4/8»

View PC info
Well, Mafia now runs. This wasn't working with Proton 4 for me, although I notice a few folk appear to have gotten it to work. I've only created a profile so far, haven't started the game proper, but the intro and rendered opening room work fine. Looking forward to giving this a go!
0 Likes

and CEG maybe
1 Likes, Who?

View PC info
I've been wanting to play Abzu since I first saw it, but not without SteamPlay support. Next time it goes on sale I'm gonna swim with the fishes --- wait, uh, without the concrete shoes, that is.

Once JC 3 is patched so it can be saved, I'll install it on my Linux box and keep playing it. I stopped mid-campaign because I just hated switching over to my Win7 box.

I've gotta say, Proton/SteamPlay has earned Valve my loyalty as a game store.
2 Likes, Who?

Something revolutionary.. For example, Proton works on Windows. Work in games with anti-cheat systems.

Working with the anti cheat would be great indeed :)

Not even CSGO runs on Proton with VAC.
0 Likes

View PC info
does anyone else have performance issues in just cause 3, i'm playing in a slideshow....no fun at all


a reboot fixed it

View PC info
Awesome progression, but I confirm too, still some work to do... No grappling hook in Batman and no saves in Just Cause 3. Performance wise, they are running like native.
0 Likes

Lachu 8 Feb, 2020
I waiting Civilization V could be played nicely. I must use Wine-Steam (lutris) now. The problem occur, because native version don't support my native (Polish) language.
0 Likes

Update: It works with PROTON_NO_ESYNC=1 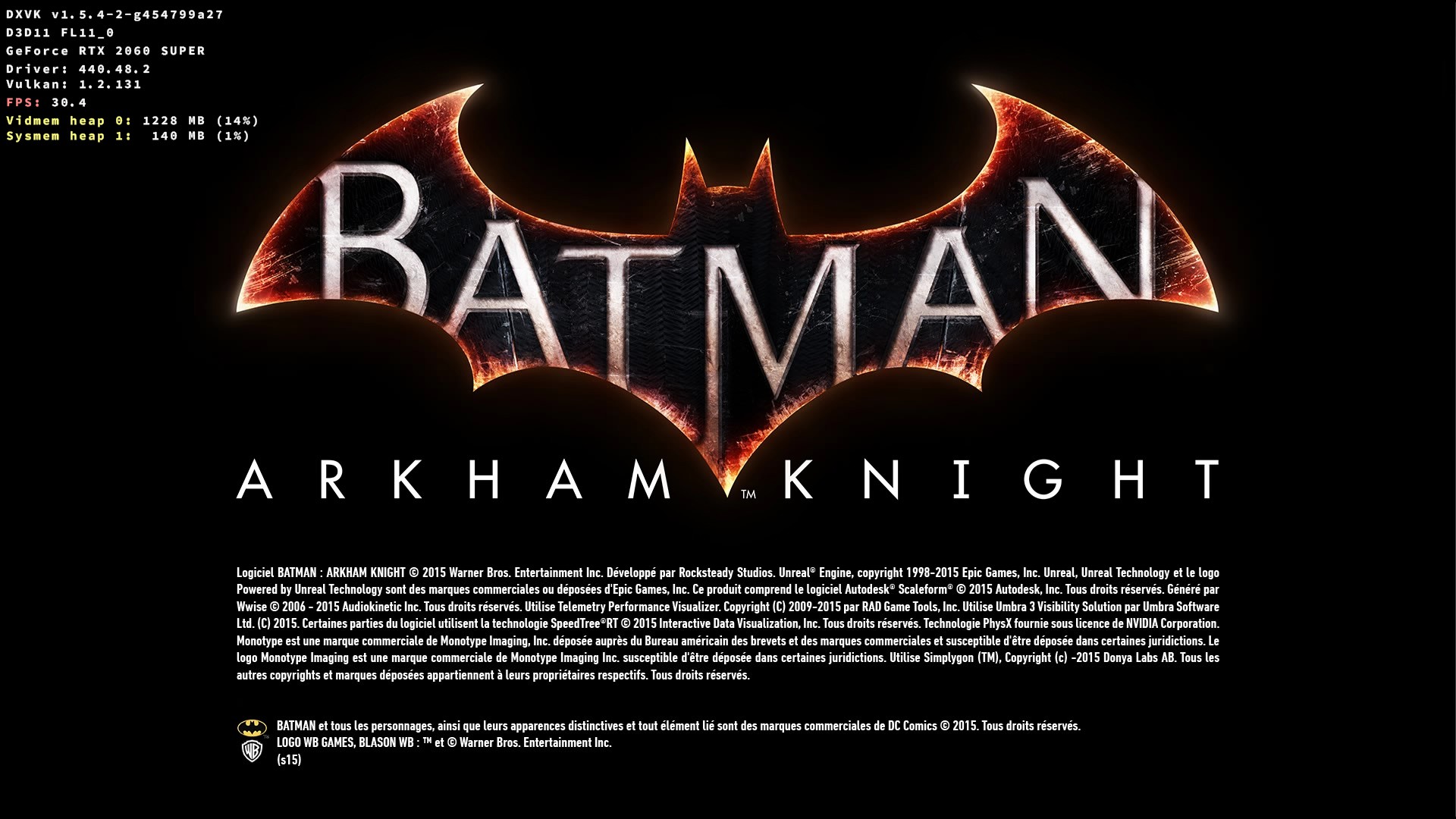 Here with Vsync OFF 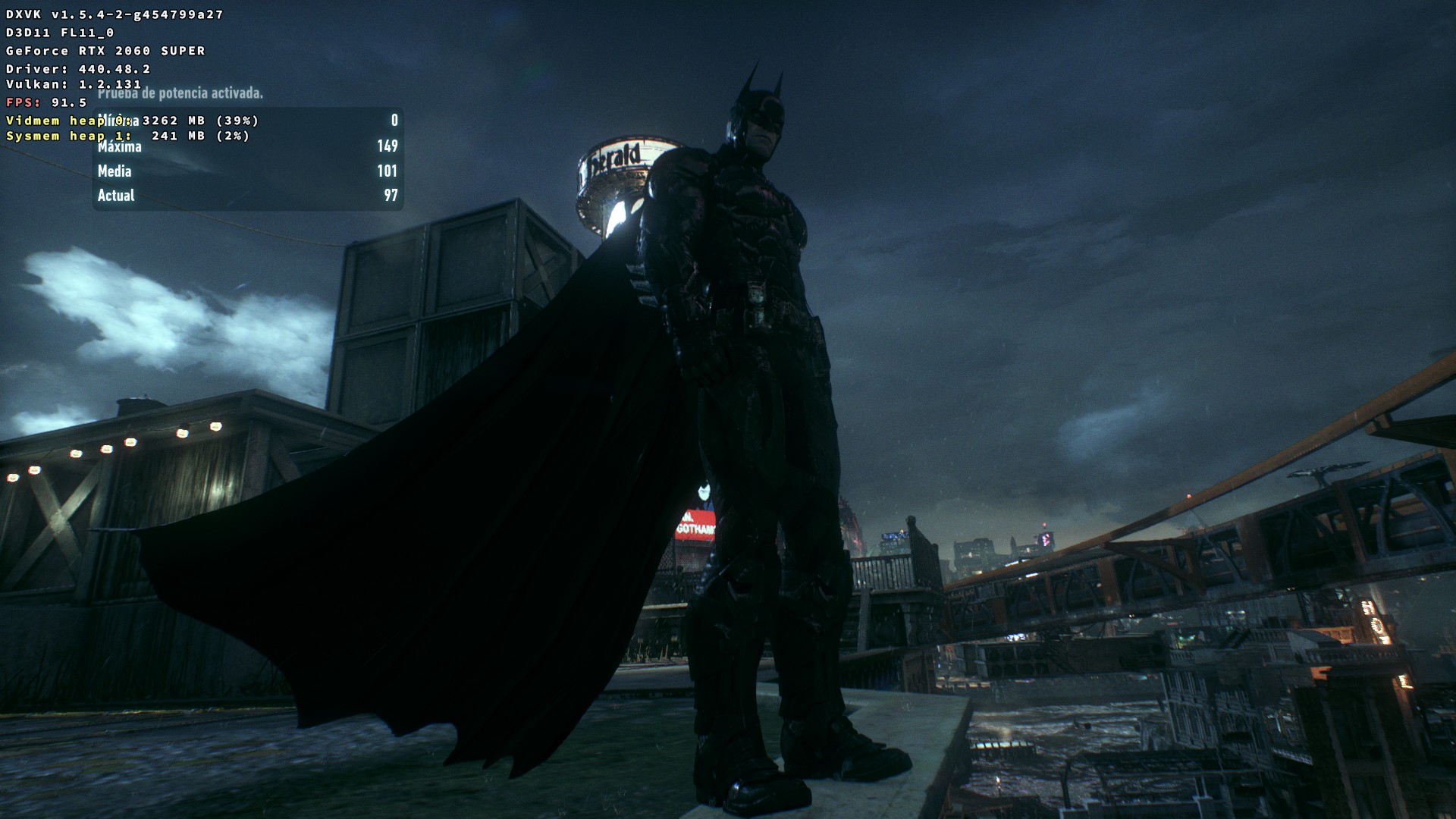 For Just Cause 3, it's another story.. Instead of not starting at all, it gets stuck on a black screen...

Edit: Just Cause 3 starts to a black screen but the intro and input sounds can be heard.

Edit 2: It was a Steamos-compositor issue. Just Cause running like a champ at ultra on Gnome desktop.

Can you report this compositor issue?
0 Likes

Update: It works with PROTON_NO_ESYNC=1

Here with Vsync OFF

For Just Cause 3, it's another story.. Instead of not starting at all, it gets stuck on a black screen...

Edit: Just Cause 3 starts to a black screen but the intro and input sounds can be heard.

Edit 2: It was a Steamos-compositor issue. Just Cause running like a champ at ultra on Gnome desktop.

Can you report this compositor issue?

In fact, Nvidia 440.59 just got tagged for and installed on Ubuntu 19.10 and both SteamOS-Compositor issues are gone (Shadow of Mordor Vulkan beta and Just Cause 3 black screen).

Hurray!
2 Likes, Who?
« 1«4/8»
While you're here, please consider supporting GamingOnLinux on: