One of my all-time favourite first-person shooters, Counter-Strike: Global Offensive, is about to tell naughty players to sort their attitude out.

In a new blog post on the official site, the Valve team write that while you can already tweak what you see in-game like turning off players' avatars, names, and voice/text chat—they're a bit of a nuclear option as it affects everyone. To help with this, Valve has been working on a new system based on reports. 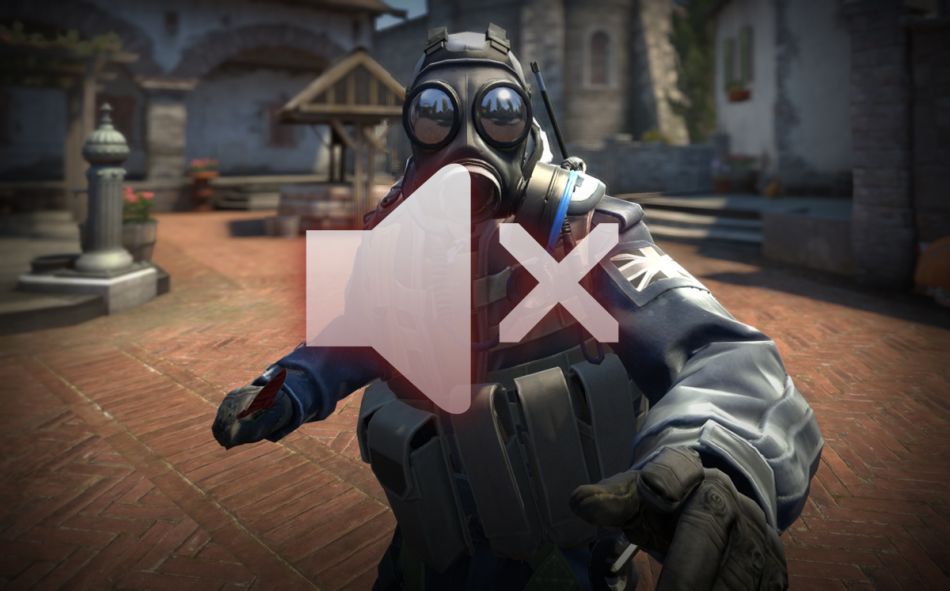 Yes, reports. User-made reports on behaviour will now have a bigger effect on players who are deemed to be repeat offenders. People who get a lot of reports, will end up seeing a warning message and if they continue being crap they'll become muted by everyone by default until they earn "enough XP to remove the penalty". However, people can still go and unmute them manually.

Valve said they're already tracking the reports, and said to get into the habit of using the reporting system with the "Abusive Communications or Profile" option if you come across someone being terrible.

Interestingly, the report system takes into account the person reporting as much as the person being reported. If a regular player who doesn't report often makes a report, it will be weighted more heavily than someone who doesn't play often or reports constantly.

What are your thoughts on such a system?

You can find CS:GO free on Steam.

We do often include affiliate links to earn us some pennies. We are currently affiliated with GOG and Humble Store. See more here.
About the author - Liam Dawe
I am the owner of GamingOnLinux. After discovering Linux back in the days of Mandrake in 2003, I constantly came back to check on the progress of Linux until Ubuntu appeared on the scene and it helped me to really love it. You can reach me easily by emailing GamingOnLinux directly.
See more from me
Some you may have missed, popular articles from the last month:
The comments on this article are closed.
36 comments
Page: «2/4»

QuoteInterestingly, the report system takes into account the person reporting as much as the person being reported. If a regular player who doesn't report often makes a report, it will be weighted more heavily than someone who doesn't play often or reports constantly.

Interesting, but I hope it doesn’t start penalizing people who make frequent legitimate reports... I would expect people who are frequently targeted by reports to be weighted down instead.
3 Likes, Who?

View PC info
I like the weighting of the reporters. My first thought was how they're going to prevent brigading, or mass reporting of an individual in order to silence them and get them banned for malicious reasons, often including fake accounts to boost the numbers. If anything, it's the people characterized as "I'm so offended by everything!" (or as we say in reality, those speaking out against toxicity) who are most often the targets of such actions.
1 Likes, Who?

Comandante Ñoñardo 7 Feb, 2020
View PC info
With this system, an innocent player can be reported by a group of digital bullies.
0 Likes

Quoting: SalvatosInteresting, but I hope it doesn’t start penalizing people who make frequent legitimate reports... I would expect people who are frequently targeted by reports to be weighted down instead.

My thoughts exactly. They build a system that relies on people reporting bad behavior and then they take that exact component out of the system by starting to downplay/ignore the people that actually help the system to work. That makes no sense to me. The correct way to do it would be to look at the percentage of successful reports (number of reports that got verified by the moderators as legit, divided by that person's total number of reports) and start ignoring people who file a high number of baseless reports that got tossed out by the mods.

There also does not seem to be a mechanism to punish abuse of the reporting system, which also would be indicated by a low successful reports rate.

The above is assuming that human moderators look at the reports to begin with. If it's fully automatic, it's garbage to begin with, as it would be prone to be abused by the very people it's designed to combat.

In the end, the system is not nearly radical enough for me. Toxic players shouldn't be just muted, they should be perma-banned using a three-strikes system. Two warnings and you're out. Forever. The toxic masculinity (and that's what we're talking about here in the end) that has more or less defined gaming culture since its inception needs to be finally removed from it.
2 Likes, Who?

Quoting: SalvatosInteresting, but I hope it doesn’t start penalizing people who make frequent legitimate reports... I would expect people who are frequently targeted by reports to be weighted down instead.

... The toxic masculinity (and that's what we're talking about here in the end) that has more or less defined gaming culture since its inception needs to be finally removed from it.

Oh I think you forgot to mention that it is WHITE toxic masculinity! Of course women (and divers people?) do never show toxic behavior. Masculinity is the root of all evil (at least in the gaming world)!

It is really sad, that you bring this nonsense into the discussion. Hope you can find the irony.

Quoting: SirLootALotIsn't the entire point of cs:go to swear at each other in russian?

Hmm, I play CS:GO for years and that is not the case. Sometimes you find this toxic russians, but the most russianns I played with, are fine people with good behavior.
But it also seem to depend on your rank. The longer you play and the higher the rank gets, the less cheaters and toxic behaviour you find.
But sadly there are sometimes kind "waves" of cheaters even in the higher ranks. But I think that is until VAC detects the new cheats and then it gets ok again.

Quoting: GoboI'm not sure if the proposed system will work out well enough for everyone. If for example a player that appears to be female is constantly harassed and therefore reports lots of people, the weighted system will gradually ignore those complaints. Just keep in mind that not everyone filing lots of complaints is a hypochondriac snowflake. And the offenders in those cases might very well be the ones that cause more harm on the community and game experience than those mass reporters, so downplaying complaints on them actually works as support for them and punish their current and future victims.

Honestly, in years of CS:GO playing, I only met a few female players. But these where treated well. In my experience it is more the case, that it comes with "hey cool, a girl that plays CS".
Of course as I am male, I might have a different experience than a female player.
You also have players where you can not really decide, if the voice is from a 12 year old or a girl - but who cares. As long as a player behaves well, no one really cares.
Sometimes people get unfriendly when your team is on the loose, but that can hit everyone. When you are the last one against 3 and you just kill 2, you may get insulted. But I do not really care. You can mute single players and you know very fast, whom to mute.

It is a good thing, that they invest in getting rid of bad behaving people.
1 Likes, Who?

View PC info
I don't believe being "toxic" should be a punishable offense. People should just mute or vote kick.
3 Likes, Who?

View PC info
People who can only have fun at the expense of others do not deserve to have fun. Efficient systems to curb shitty behaviour in communities, online or not, are welcome. I have no idea if this particular system will do any good, but I guess that remains to be seen.
4 Likes, Who?
«2/4»
While you're here, please consider supporting GamingOnLinux on: