You can now play the chaotic train-track building game Unrailed! in single-player

Unrailed! is a fantastic local and online co-op experience, one where you will be shouting and screaming with laughter at your partner and now you can play it in single-player too.

In Unrailed! you have to keep a train moving as far as possible, by chopping down trees and gathering iron to build a track. A simple idea executed so well. I'm a big fan of it but requiring a partner limited the audience. Last week, developer Indoor Astronaut released the single-player update to give you a bot you can direct around using the emoji wheel to tell it to get water, chop trees and more. 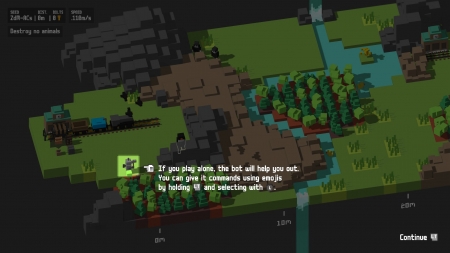 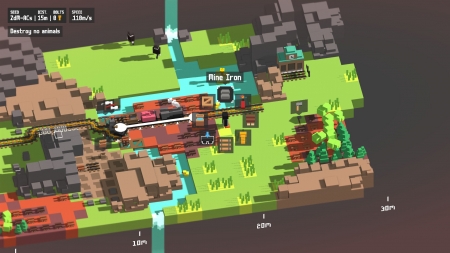 They said it was the most requested feature since launch, so they decided to really focus on it and how to make it as interactive and chaotic as the normal co-op mode. Thankfully, it seems they did it well and it's a surprising amount of fun to keep it going by yourself. I wouldn't say it makes it too easy either, you still have to keep your eye on quite a number of things including how many tracks you have built, how hot the train is getting, if you have enough resources mined to build more track and it goes on.

Here's a quick look at the single-player mode: 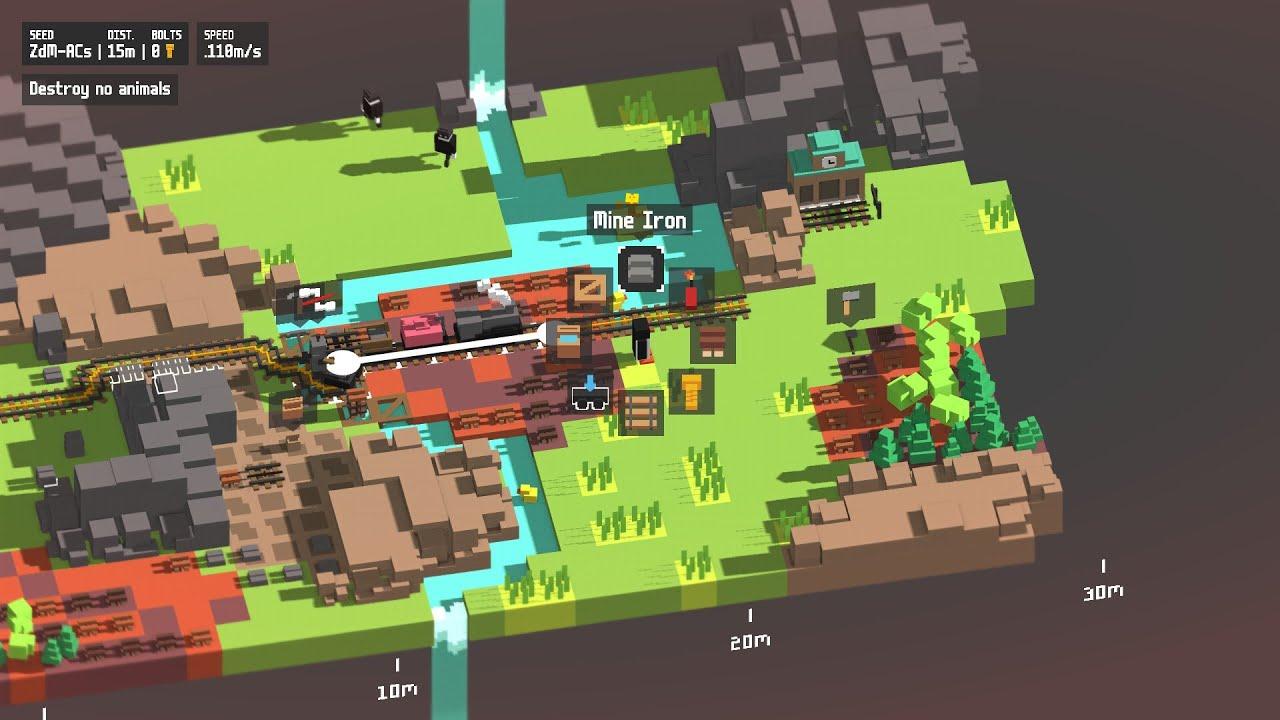 Great fun! Going to play a lot more of it now myself for sure.

View PC info
Takes a bit of practice. Ordering the robot around is a multi-tasking task I'm not quite used to. I just had it chop or mine while doing everything else myself because I forgot about it. Left me with a lot of space and a less than impressive score. :D
2 Likes, Who?

View PC info
Admittedly many block-y games look similar... but is this in any way related to the "Timber and Stone" game or the people behind it? It looks very, very similar. Art style, colours, text.
0 Likes
While you're here, please consider supporting GamingOnLinux on: