Like Valve did recently with CS:GO and Dota 2, they've introduced new options in Team Fortress 2 to help deal with community issues and bots. TF2 has sadly been left on life support for some time now, even though it's one of the longest running shooters available on PC.

In Team Fortress 2, this wasn't just the usual problems of having a big community and having some toxic behaviours. They've been under attack by bots spewing racism, sexist, homophobic and all sorts of varied hate-speech that made TF2 a pretty terrible place. It took Valve a while to do anything, as it had been a problem for multiple months. 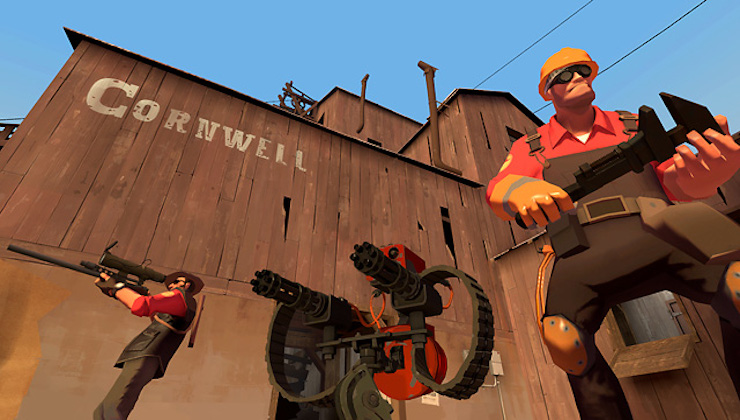 Yesterday though, Valve released an update which limits "certain" new accounts from using the chat in official matchmaking and they said work is 'ongoing' to deal with new and free accounts being used for "abusive purposes". They also added in two new options, "Enable text chat" and "Enable voice chat" in Advanced Options to disable them so you can play in peace.

The Report Player menu was also expanded to include more details "so players can make informed decisions about who they're reporting" and they fixed a few other issues.

You can play TF2 free on Steam.

Article taken from GamingOnLinux.com.
Tags: FPS, Free Game, Steam, Update, Valve | Apps: Team Fortress 2
13 Likes, Who?
We do often include affiliate links to earn us some pennies. We are currently affiliated with GOG, Humble Store and Paradox Interactive. See more here.
About the author - Liam Dawe

I am the owner of GamingOnLinux. After discovering Linux back in the days of Mandrake in 2003, I constantly came back to check on the progress of Linux until Ubuntu appeared on the scene and it helped me to really love it. You can reach me easily by emailing GamingOnLinux directly.
See more from me
Some you may have missed, popular articles from the last month:
31 comments
Page: «4/4
Purple Library Guy 19 Jun

Quoting: TheSHEEEPThe problem is that censorship generally starts out as something "innocent" and well-meaning. But never stays that way.


What, never?
I'm not actually aware of the history of censorship being shaped that way . . . at either end, come to that. Censorship is often introduced for explicitly authoritarian reasons, going back to medieval Europe that I know of and probably far further back than that. In Alberta we currently have censorship being introduced to stop people from saying nasty things about the oil industry and pipelines, while in Ontario they're introducing a law basically to stop people from going to work for factory farms and then releasing video of what happens there.

And censorship introduced for more or less innocent and well meaning reasons is sometimes taken advantage of by the state to do repression unintended by the framers of the censorship laws, but also often is gradually relaxed as social mores change. Censorship is often introduced during a "moral panic" about some issue, and so arrives in relatively strong form. Once the moral panic subsides, the rules gradually respond to the different social situation and weaken.
The US has seen movements in both directions; take the "comics code", and similar rules that were in place to control the movie industry, which were thrown out by late in the 20th century. Now the movie industry doesn't really have explicit rules about how their plots can go, but on the other hand more recently they do have police and CIA liaisons who vet movies that involve police or spies, and this is rarely called "censorship" because it isn't associated with any laws about what can and can't be done.
But every country has a bunch of relatively mild censorship rules that just sort of noodle along, in fact "staying that way"; it's the norm.