What have you been playing recently and what's your pick this weekend?

It's coming to the end of another week on planet Earth. More games have released, tons have seen updates and it's time for another chit-chat.

You might laugh but a lot of my time has been spent playing Troll Patrol, I've actually found myself somewhat hooked by it. The simplicity of match-3 gameplay with a dash of RPG elements makes for quite a fun brew. I'm genuinely surprised by how fun it actually is and it seems the PC release has gone firmly under the radar with only one single user review on Steam.

I will also fully admit that Planetary Annihilation: TITANS has pulled me back in too. While the addition of a Unicorn commander was a little amusing, I found myself wanting to go back and throw an entire moon at someone. Such a huge RTS, the scale of it is crazy and it's really wonderful to see the newer developer (Planetary Annihilation Inc took over from Uber Ent) keep polishing the experience.

There's also a fair bit of Titanfall 2. I can't tell you how happy I am that it works so well on Linux with Steam Play Proton. It seems the Steam release has given the 2016 shooter an entirely new life, who would have thought? It's repeatedly breaking new player records too with over 11 thousand online in it right now.

Over to you in the comments again: what have you been playing and what are you clicking on across the weekend?

I am the owner of GamingOnLinux. After discovering Linux back in the days of Mandrake in 2003, I constantly came back to check on the progress of Linux until Ubuntu appeared on the scene and it helped me to really love it. You can reach me easily by emailing GamingOnLinux directly.
See more from me
Some you may have missed, popular articles from the last month:
The comments on this article are closed.
54 comments
Page: «3/6»

View PC info
BE-A-Walker and "Ion Fury". Gonna fire up "Missile Command" and "Get to the Orange Door".

Quoting: WJMazepasI finally got to play Bioshock and now i understand all the hype about.
In the Summer Sale, i bought Call of Juarez Gunslinger that work with zero issues on Proton, Sunless Skies because it looked very interesting. Bastion, and MotherGunShip that looked really fun.

Just Have a New Build with amazing MSI Z490 mobo 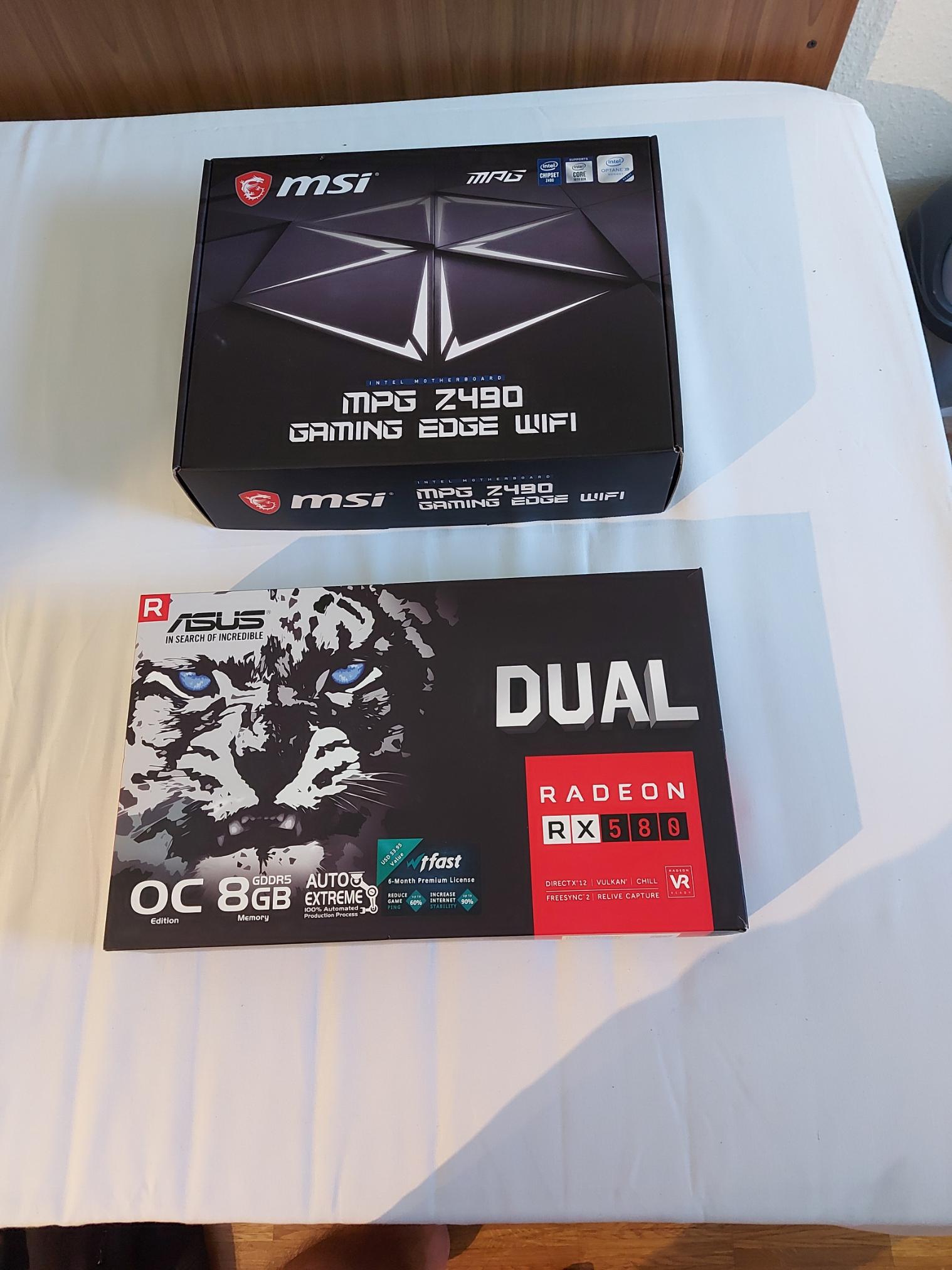 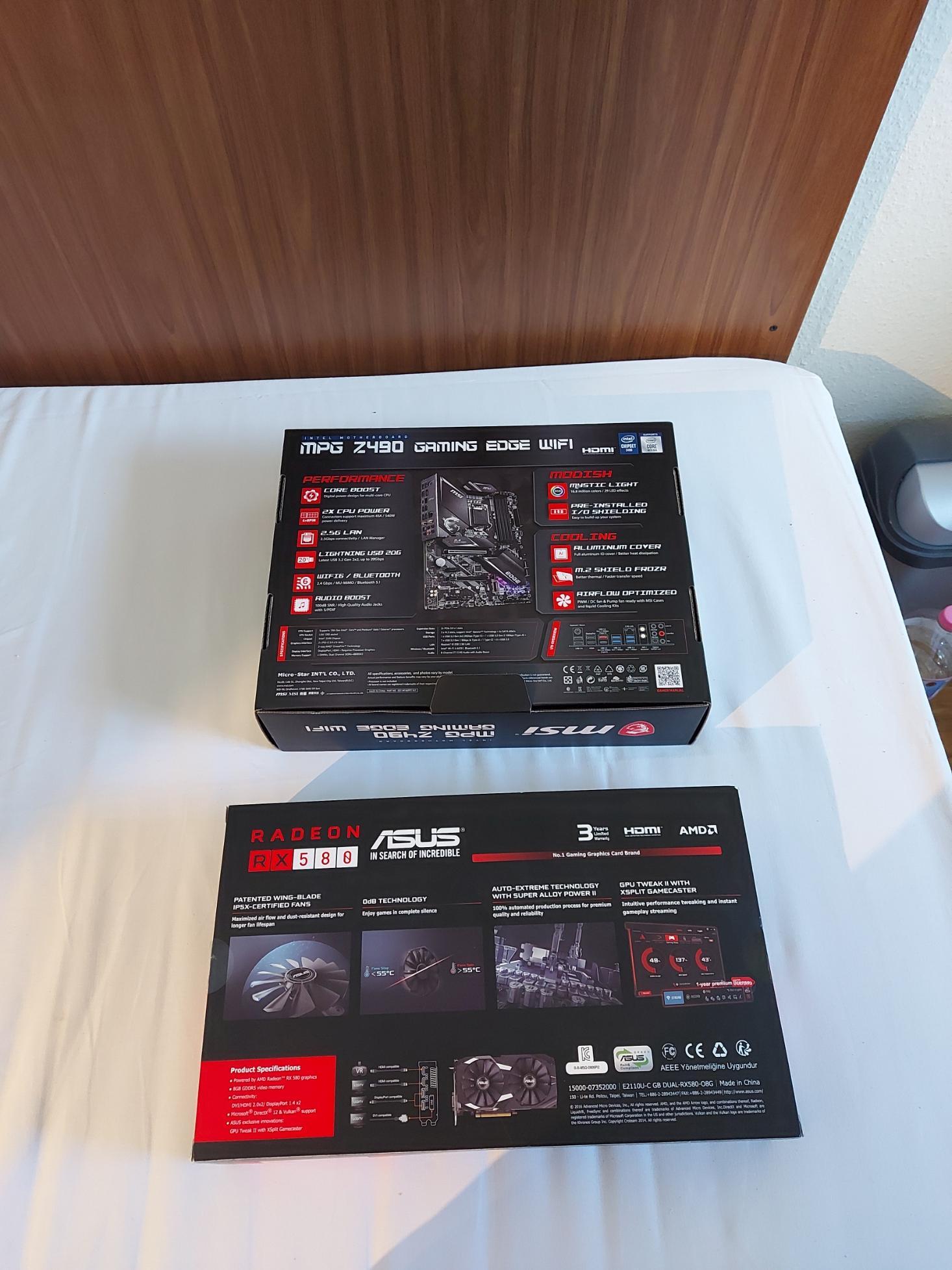 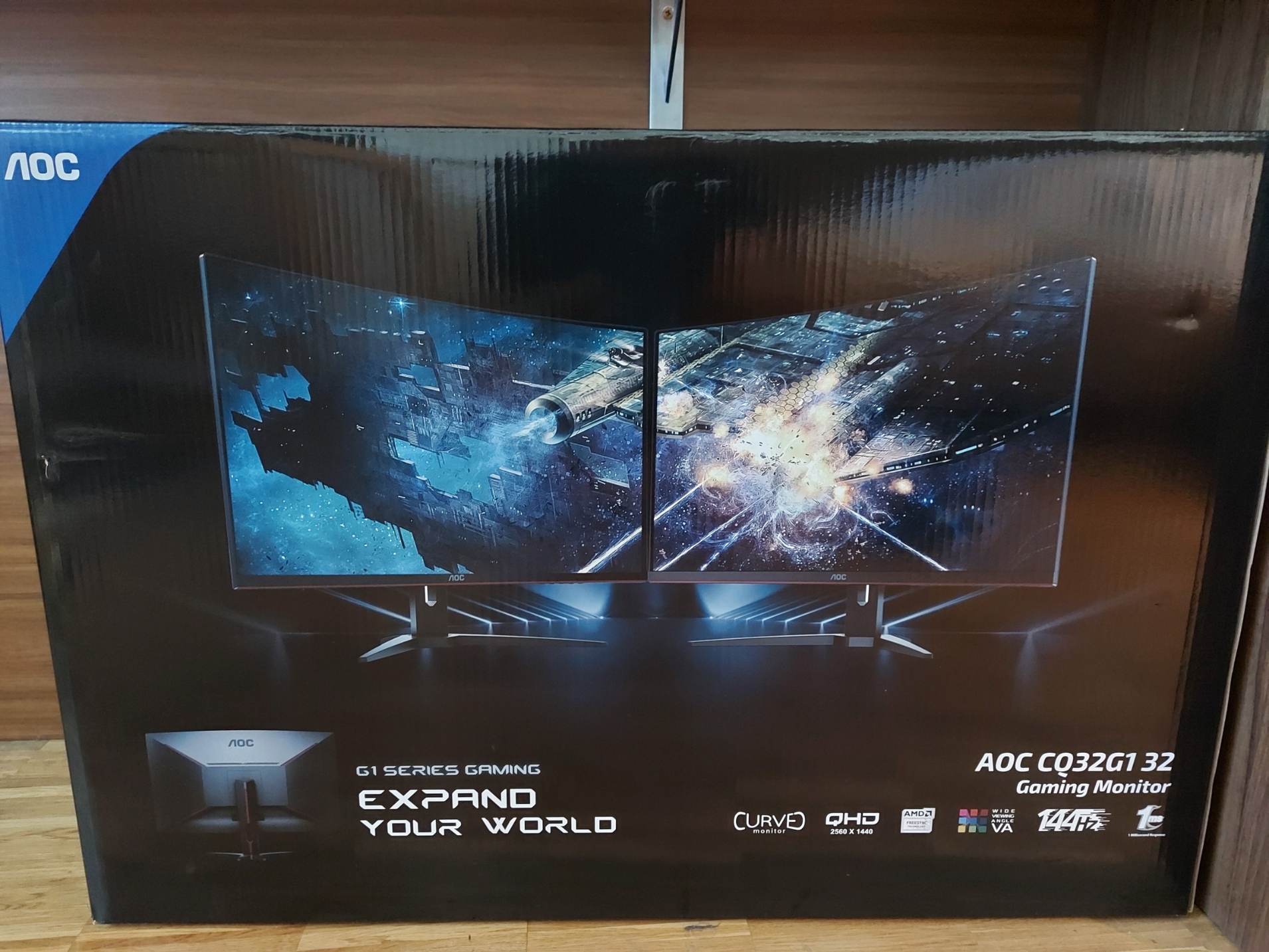 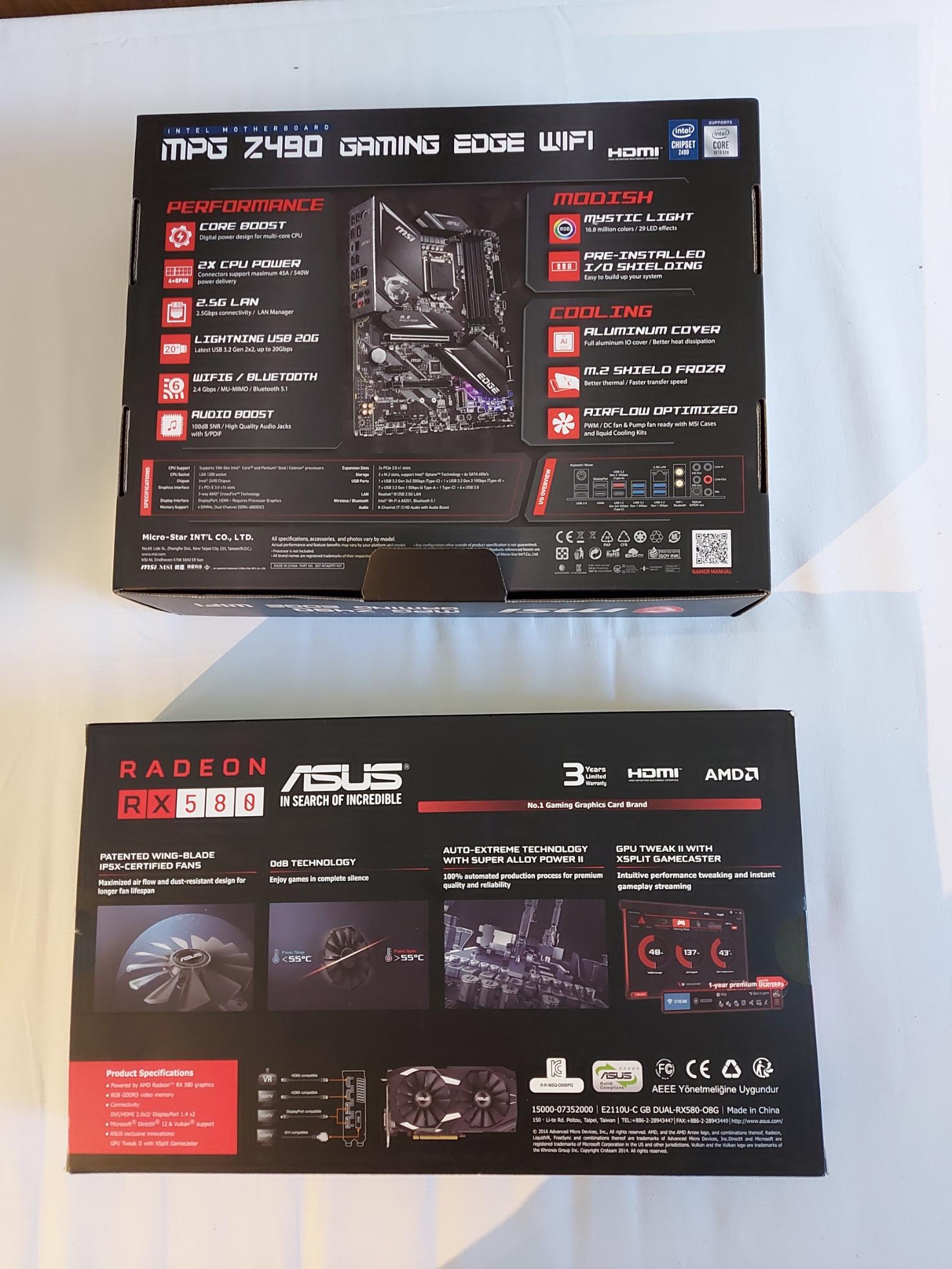 View PC info
I've been going through the list of games bought from the itch.io bundle. Two games done, only 1739 remaining lol.

The 2 games I've played are Milkmaid of the Milky Way (point and click) and Sky Rogue (flight combat). Both really good surprises.
4 Likes, Who?

- I also play Intergalactic Fishing, via Steam Proton, weirdly addictive even if i have no interest at all in fishing IRL.

- And some Drox Operative 2, but i’m waiting for more updates just not to be "burnt" before it’s released. I loved Drox 1, Drox 2 is about to be "same-ish but better and larger".

View PC info
I have been trying to setup Jack + Pulseaudio working for my external USB soundcard ; also I have been tinkering a lot with virt-manager to try various stuff on VM, so not much time to play this week (I did find the time to buy a few more games on Steam, though

Quoting: emphySet up a new retropie system on a pi4 and copied over the rom file of Golden Axe from sega's genesis collection on steam. It's really annoying I had to download the bloated piece of manure (sega's emulation interface) to get to the pearl (the collection of roms), but worth it, certainly at the 1/3 sale price that collection is regularly at.

Makes me remember that I finally got my hands on a original Eternal Champions cartridge for my Megadrive. I loved that game when I was a kid

View PC info
I have been playing Train Valley 2 and Red Planet Farming.

For Train Valley 2, gameplay takes some time to get used to. It's kind of puzzle and resource management variant of a tycoon game. Might have to play some more to really get hang of it, but lets see if I get distracted with some other game before that happens.

Red Planet Farming is kind of simple but fun and also free. You basically have to get enough food while trying to get enough money for expanding. Challenge comes from providing all the necessities for the plants and also protecting them from hazards. So maybe not so simple after all...
0 Likes

View PC info
I've been completely obsessed with Shadow Tactics lately, and have just gotten to that heart wrenching moment towards the end of the game. Totally didn't expect that from a game like this, and I'm really looking forward to picking up Desperados III once it's available for Linux.

View PC info
For me it's pretty much 100% VR gaming these days. I still have that "new romance" feel towards thew hole thing.

Especially as being someone who used to play table tennis quite a lot, it's such a wonderful discovery to find a virtual table tennis emulator with really quite good physics, the Eleven: Tagble Tennis VR. Table tennis is just perfect for VR too - considering the limited requirement of space and the light ball. A "click" on the force feedback feels totally like a hit on the ball.

On summer sale I purchased:

Slinger VR: Totally MAD game where you sling around on various floating objects trying to reach the goal. God damn how this one puts your balance nerve to a stress test, as visually you fling around midair while standing on solid ground in real world. Mad dissonance. If you don't get nauseous in this game you're totally immune to it in VR. I almost fell over a couple of times. But I love the concept.

Until You Fall: A battle game where you fight creatures with your sword. Parry, block, hit in traditional "rpg fashion". It's... Ok. I got a feeling I'll grow tired of it pretty quick though.

Tower Tag: Not tried yet, I have high hopes for this one. Online multiplayer competitive futuristic shooter in VR? Hell yeah, count me in!

Boneworks: Not tried yet, but the great reviews and high placement on the VR chart makes this one something I look forward to.

Republique VR: Yet to play as well, but this is a 3rd person (In VR! Wonder how that works) stealth game with supposedly a great story. Can't wait to try it out!

These are good times for this gamer!

Quoting: PatolaNext, Fallout 4 VR which so far I have been liking more than Skyrim VR.

So it works well? Controls and mechanics etc are fine, gameplay works? I read various user reviews on it and they are very inconclusive. If it works well I'll stop playing regular F4 and start over in this version!

View PC info
I am deliberating on purchasing Doom on Steam and cuddling up to some Proton goodness.
0 Likes

View PC info
Rage 2. I expected it to run perfectly along with other id Tech games, but, in actual fact, it crashes all the time. Native Vulkan is awesome, they said. Day-1 on Proton, they said...
0 Likes
« 1«3/6»
While you're here, please consider supporting GamingOnLinux on: