After a successful crowdfunding campaign several years ago, the slick and violent Hellpoint has now released with same-day Linux support. 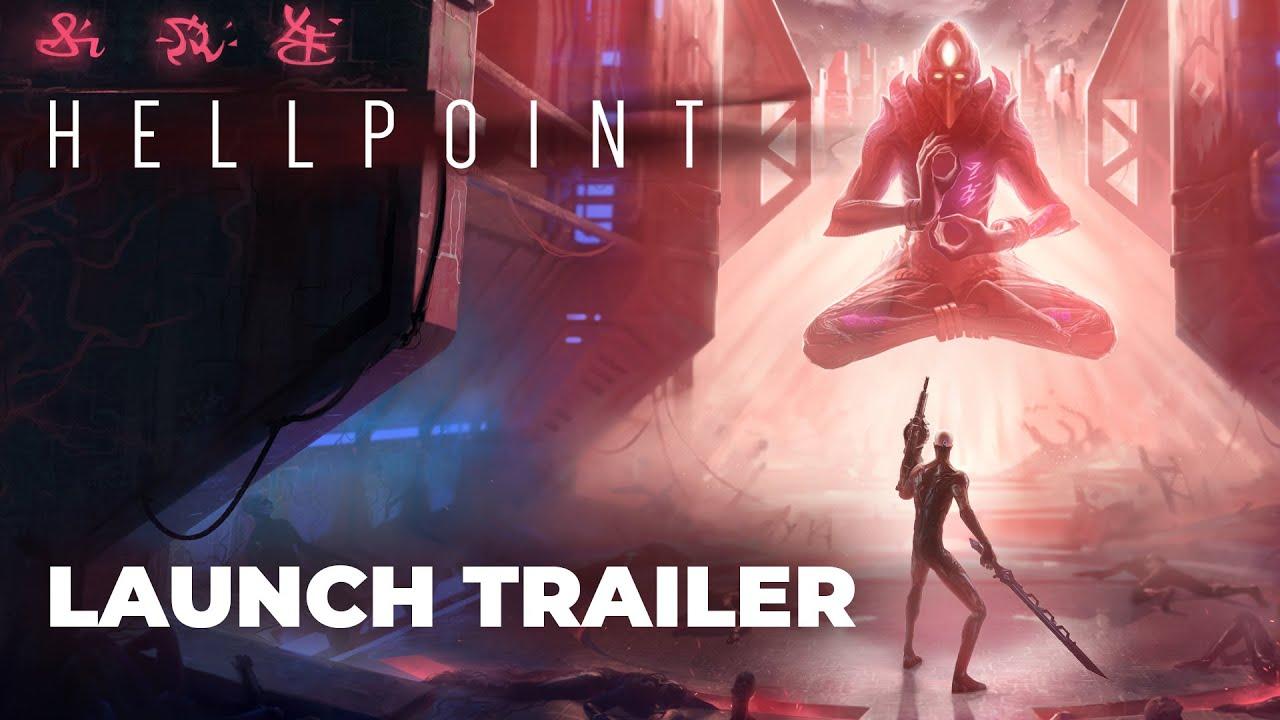 This is one I’ve been keeping an eye on ever since its initial crowdfunding campaign and early demo. Hellpoint merges science fiction with the occult, putting the player at odds with the crazed and with inter-dimensional entities that seem to be hostile to normal life. While there seem to be clear influences from games such as Dark Souls, Hellpoint appears to leverage its sci fi elements to its advantage, providing a rather distinct look from other games in its class.

As seems all too regular when humanity sticks its nose where it doesn’t belong, the game is set in the aftermath of a cataclysmic event know as the Merge. Stuck on a space station named Irid Novo, the game promises certain dynamism depending on the station’s orbit around a black hole as well as the player’s choices throughout the game. It’s hard to say just how much freedom the game will provide but I can say that, given the demos and trailers we’ve seen so far, there’s a lot of carnage to expect no matter what.

It’s nice that the game will also launch with both local and online coop which is definitely a strong plus for me. I’m not particularly skilled at these sorts of games so playing with a buddy sounds like a good way of having fun. Our own Liam has been given a key and will sharing his thoughts as soon as he has spent enough time dying constantly slaughtering his way through the mysterious space station. Although the game has seen bug reports flowing in so it may be a while.

You can pick up Hellpoint on GOG or Steam.

About the author - BTRE

Oh and the name doesn't mean anything but coincidentally could be pronounced as "Buttery" which suits me just fine.
See more from me
Some you may have missed, popular articles from the last month:
The comments on this article are closed.
29 comments
Page: 1/3»
Nick_Avem 30 Jul, 2020
View PC info
Looks pretty neat. Does anyone know whether it is using Vulkan or OpenGl?
0 Likes

Quoting: Nick_AvemLooks pretty neat. Does anyone know whether it is using Vulkan or OpenGl?

Vulkan, at least from the GOG version, not tested the Steam build.
0 Likes

View PC info
The reviews on steam thus far are not good... Sounds really buggy (and those are probably Windows players - we probably have extra)... I think I'll wait to see if things improve.
1 Likes, Who?

UltraAltesBrot 30 Jul, 2020
Pre-release gameplay videos looked kind of boring, to be honest. All enemies were basically one-hit kills: No combo geographies you could pull off like in Shadows of Mordor or the Batman games - just button-mashing.
1 Likes, Who?

View PC info
I'm trying to run the GOG version on EndeavourOS and I get:


Anyone know what it could be?
0 Likes

Quoting: DaiKaiser93I'm trying to run the GOG version on EndeavourOS and I get:


Anyone know what it could be?

I've been trying to run the Pre-Alpha demo and I get a similar error. I've attempted a few fixes but nothing so far.

For a better idea of why it's not running, open up ".config/unity3d/Cradle Games/Hellpoint/Player.log". It's probably a library issue somewhere.
1 Likes, Who?

Quoting: DaiKaiser93I'm trying to run the GOG version on EndeavourOS and I get:


Anyone know what it could be?

I've been trying to run the Pre-Alpha demo and I get a similar error. I've attempted a few fixes but nothing so far.

For a better idea of why it's not running, open up ".config/unity3d/Cradle Games/Hellpoint/Player.log". It's probably a library issue somewhere.

LOL, forgot that EndeavourOS doesn't come with a lot installed so I forgot to install Vulkan, the game's running now.
3 Likes, Who?

View PC info
Just installed and played the Demo on Steam. Runs great. Can the demos' co-op be tested?
1 Likes, Who?
1/3»
While you're here, please consider supporting GamingOnLinux on: