Linux support for ASUS ROG laptops is coming along nicely

Back in April we revealed the ROG-Core project, with an aim to better support ASUS ROG laptops on Linux and it seems it's really coming along nicely now.

This special 'Republic Of Gamers' brand of ASUS laptops (available here) comes with a bunch of flashy features, most of which are only directly supported on Windows. Frustrating for Linux buyers of course but great to see a community project spring up to allow Linux users to fully appreciate their kit. 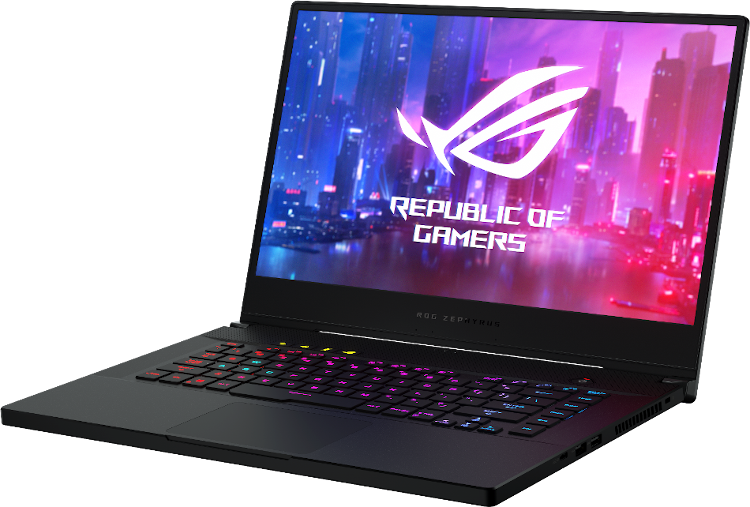 While it started off initially focusing on the Zephyrus GX502GW, which the author of the project owned, it's now progressed onto supporting quite a lot of models including: GM501, GX502, GX531, G512, G712, G531, G532 and more like GA14/GA401 depending on kernel patches. Impressive progress for something so new. It also shows how hardware vendors could and should be doing it if a few people hacking away in their free time can do it so well.

So what can it do? Quite a lot now. Per-key LED settings, fancy LED modes, modifying built-in LED modes, a Daemon mode, various system control options like screen brightness and Touchpad toggle, hotkeys for things like media controls and more.

It's gained a bit of a following now too, and has spawned another project with ZephyrusBling which builds upon ROG-Core to allow owners of the ASUS ROG Zephyrus G14 with the AniMe Matrix LED display on the back to do things like this:

While I have no need of it, I suddenly feel like I need it. How could you not love that though? Brilliant bit of useless flashy tech for the super nerd to show off a bit.

See the ROG-Core project here and the ZephyrusBling project here. Going even further, there's even now another project aimed at supporting AMD based ASUS laptops.

Article taken from GamingOnLinux.com.
Tags: Drivers, Hardware, Open Source
20 Likes, Who?
We do often include affiliate links to earn us some pennies. We are currently affiliated with GOG, Humble Store and Paradox Interactive. See more here.
About the author - Liam Dawe

Quoting: Luke_NukemIf lsusb shows `0b05:1866 ASUSTek Computer, Inc. N-KEY Device` then you can use rog-core.

No such luck for me, but thanks anyway for all your work.

What devices *did* it show?

Yeah, I have a few storage drives connected... lol

It's not an ROG laptop - but it is an ASUS laptop that shares some of the same hardware characteristics as some of the more "unique" ROG laptops (such as the dual built-in displays).
0 Likes

Quoting: Luke_NukemIf lsusb shows `0b05:1866 ASUSTek Computer, Inc. N-KEY Device` then you can use rog-core.

No such luck for me, but thanks anyway for all your work.

What devices *did* it show?

Yeah, I have a few storage drives connected... lol

It's not an ROG laptop - but it is an ASUS laptop that shares some of the same hardware characteristics as some of the more "unique" ROG laptops (such as the dual built-in displays).

No ASUS usb devices at all. I'm guessing all your input stuff will be over smbus or similar. Interesting laptop for sure! How are you finding it for use?
0 Likes

Quoting: Luke_NukemInteresting laptop for sure! How are you finding it for use?

I originally bought it because I was curious how well a Linux-based operating system would run on it and I happened to need a new laptop anyway... But I have found it super productive and not gimmicky at all, plus it mostly works with Ubuntu "out of the box" (still can't seem to get the stylus working with the touchscreen, and the brightness can only be adjusted when using a custom kernel).

When I replace the wife's laptop - my old laptop - it will definitely be the same model or another ASUS / ROG laptop with the dual built-in displays... Honestly, I don't know how I could go back to a single-display laptop.
2 Likes, Who?
«2/2
While you're here, please consider supporting GamingOnLinux on: