Rebuild the ecosystem in the latest Terra Nil update

Terra Nil is a city-builder that's about rebuilding the ecosystem and getting everything green, rather than painting the map grey with towers full of people. Originally made during a Game Jam, it's since been expanded that we covered before and again recently a huge update went out for it.

You start off with nothing, just dirt and rocks and eventually need to turn it into a garden of eden. It's actually a little challenging too, as you need to carefully work around the wasteland to produce energy and water to expand without running out of your greenery currency. 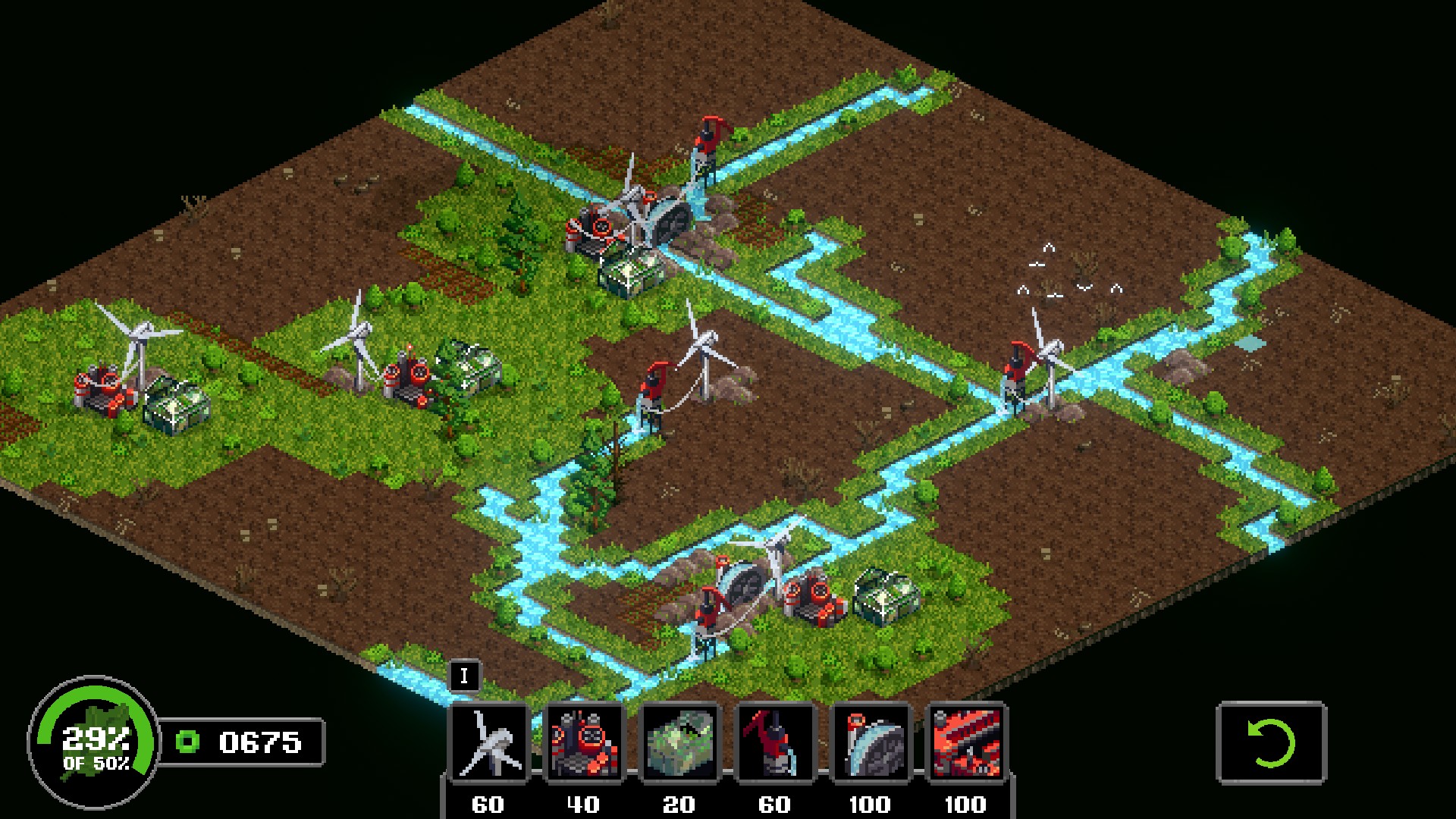 It's different each time you play too with random map generation, so you can have a never-ending challenge if you wish.

With the update launched this month, they said the idea is about closing the loop on the restoration process and cleaning up after you're done. Taking perhaps a little inspiration from Factorio, you get to make a rocket and then leave with the environment all sorted.

Such a truly wonderful idea that I hope continues to expand, it's already really sweet to play through but Terra Nil leaves a taste in your mouth making you want more.

You can pick it up on itch.io using a PWYW model.

View PC info
This is a fun and chill game. I played the last version, it was more of a tech demo, but I had fun with it. I think it could be a city builder / puzzle game. I like the style and theme so I hope the development continues.
0 Likes
While you're here, please consider supporting GamingOnLinux on: