Today, July 14 2020, Google are doing another Stadia Connect to go over a bunch of new games and features coming to their fledgling Linux-powered game streaming platform.

During the last Stadia Connect in April, they did quite a push announcing things like PUBG that became available to play immediately along with plenty more announcements so we're expecting some more like that today.

I have to admit, that's a pretty solid line-up of games out now and coming soon to Stadia.

We also heard from Khaled Abdel Rahman from Stadia Games and Entertainment (Google's first-party owned studio) who mentioned they're working with Harmonix (Guitar Hero), Uppercut Games (City of Brass), Supermassive Games (Until Dawn) with details to come about what they're doing "later this year". Since they're working directly with Stadia, the titles coming from all of those are likely to be exclusives or timed exclusives. They also showed off what they're doing with Splash Damage, which is a new timed Stadia exclusive called Outcasters (mentioned in the list above). 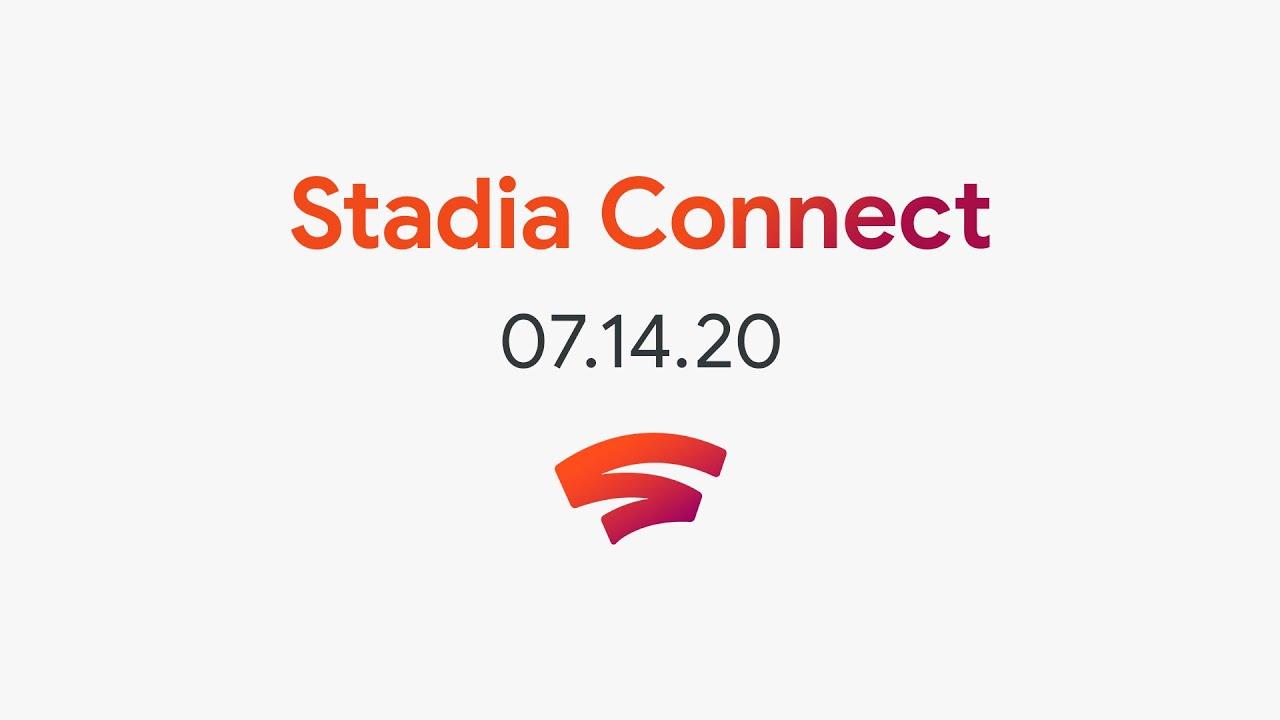 It wasn't just games that were announced though, they also mentioned the "Click to Play" feature which seems to be rolling out to more places and it appears to be their new catchphrase. It's a simple feature but a clever one, letting you click a link and then jump into a game.

Additionally livestreaming integration with YouTube was shown during the brief Super Bomberman R Online clip, and for Dead by Daylight too. You can get a button for people to join in (Crowd Play) and also polls to affect the game (Crowd Choice) but they didn't give much further details on either. It appears that Dead by Daylight will be the first to have both Crowd Play and Crowd Choice.

More games were already confirmed elsewhere just recently too before Stadia Connect happened, with Ubisoft continuing to push their games out for the service. So here's a round-up on those titles too.

The recently announced Far Cry 6 for example was confirmed for Stadia, to release on February 18, 2021. 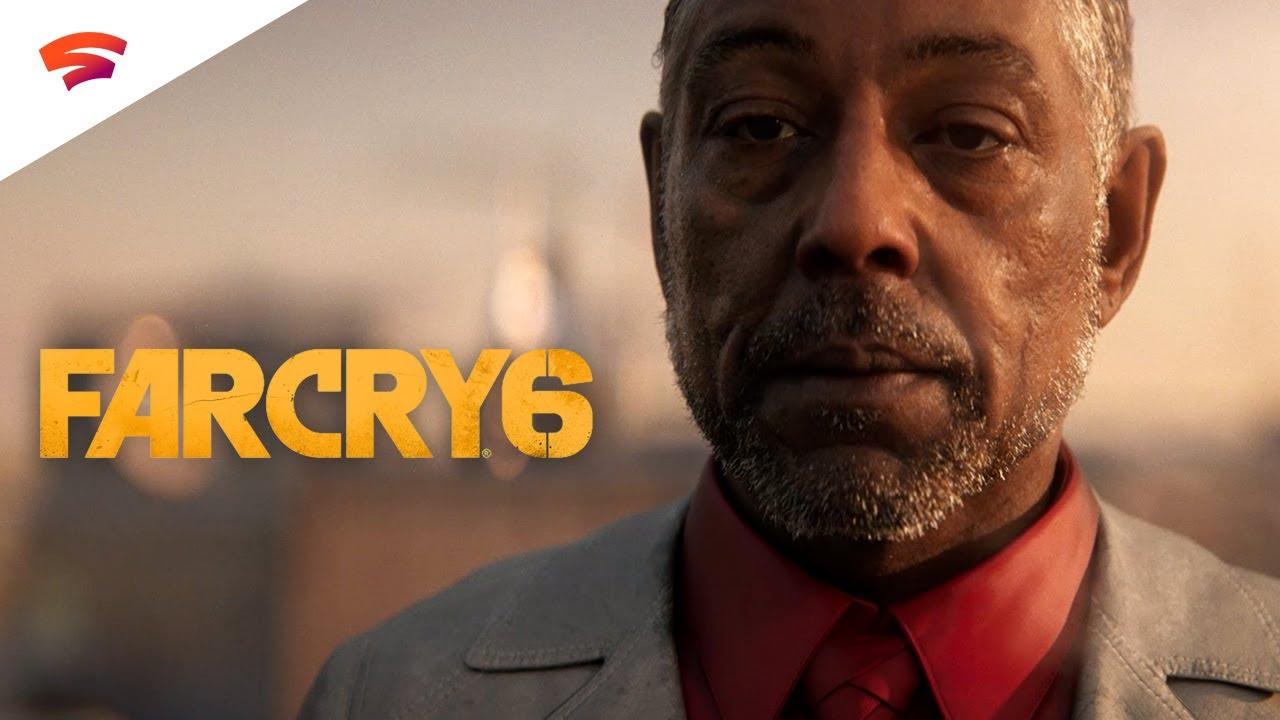 Moving on Watch Dogs: Legion is another that was announced, confirmed to be releasing for Stadia on October 29. Here's the gameplay overview trailer for that: 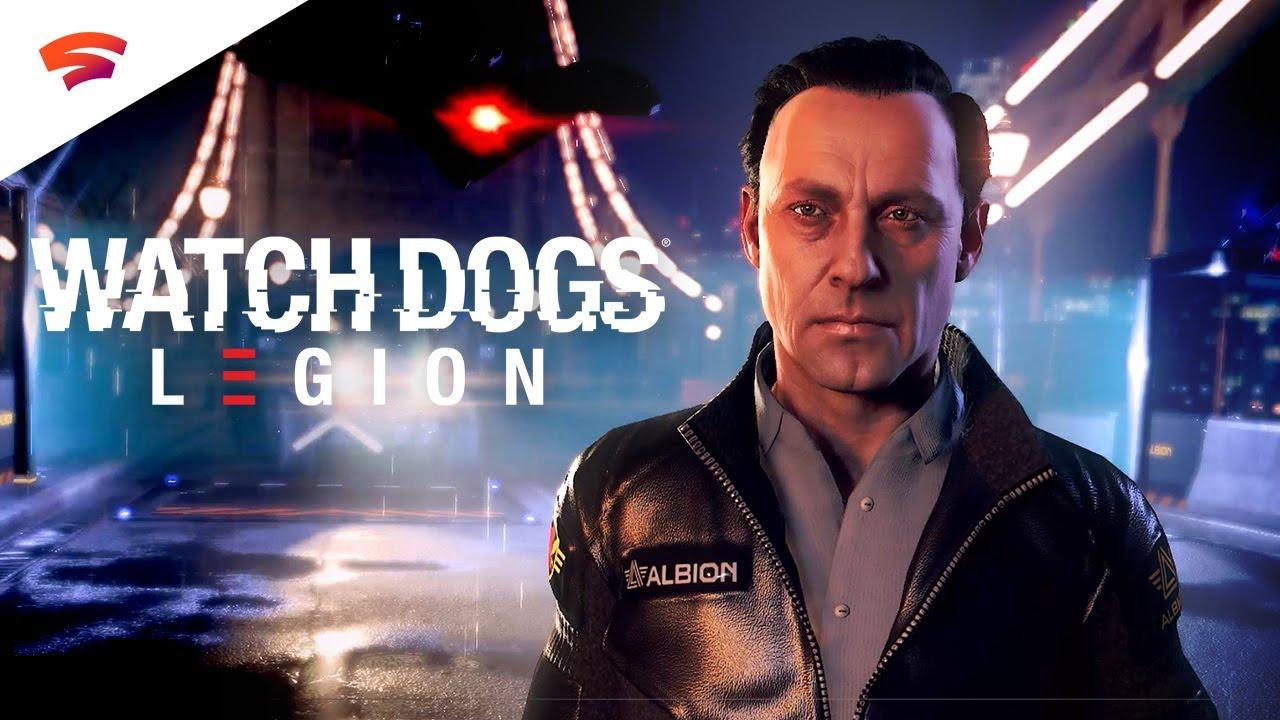 We also have the already announced Assassin's Creed Valhalla, which is now confirmed to be releasing on November 17 for Stadia. Here's the latest Stadia trailer for it: 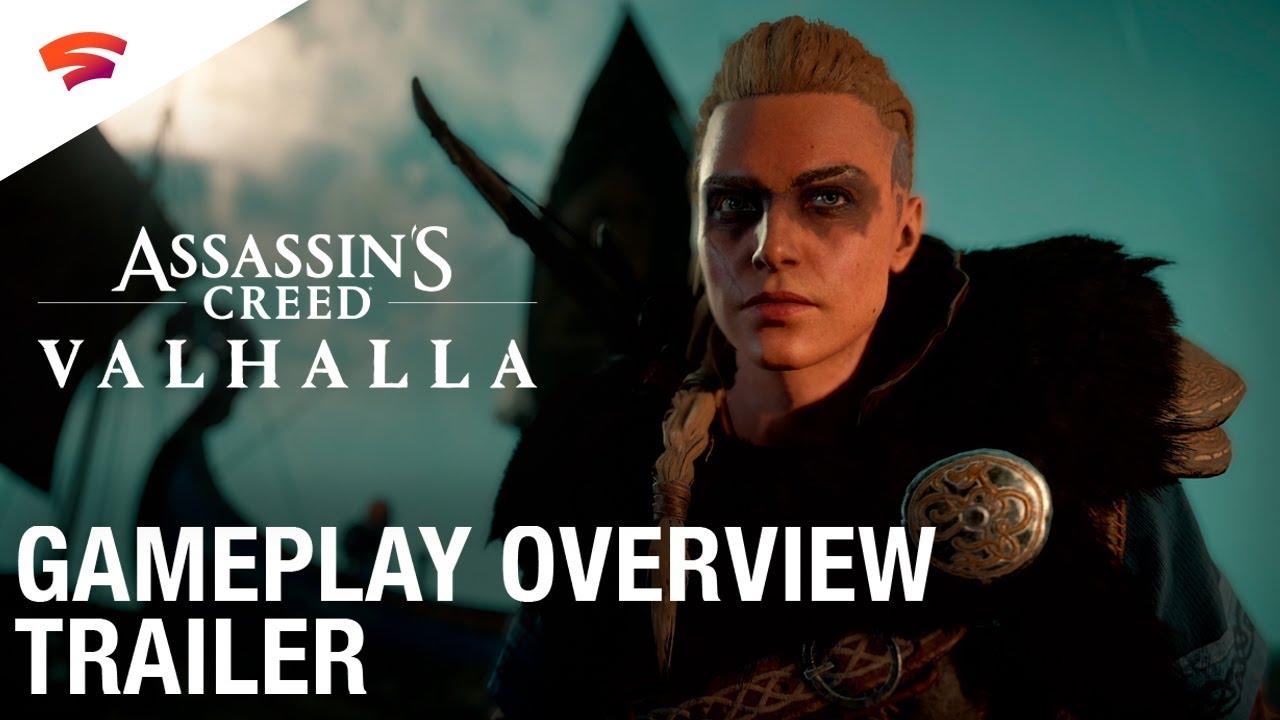 All three of the above Ubisoft games will be playable on Linux thanks to Stadia. However, for the desktop release all three will only support Windows and be on the Epic Games Store / Uplay so no Steam release for Steam Play Proton.

Stadia also just launched their Summer of Games sale, with a number of titles discounted.

You can play Stadia games on Linux with Chromium/Chrome. You can check our previous Stadia coverage with the dedicated Stadia tag, and see some videos on our YouTube Playlist.

Article taken from GamingOnLinux.com.
Tags: Stadia, Game Sale, Game Streaming, Google, Round-up
6 Likes, Who?
We do often include affiliate links to earn us some pennies. We are currently affiliated with GOG, Humble Store and Paradox Interactive. See more here.
About the author - Liam Dawe

I am the owner of GamingOnLinux. After discovering Linux back in the days of Mandrake in 2003, I constantly came back to check on the progress of Linux until Ubuntu appeared on the scene and it helped me to really love it. You can reach me easily by emailing GamingOnLinux directly.
See more from me
Some you may have missed, popular articles from the last month:
19 comments
Page: «2/2

View PC info
Their reasons are likely messed up indeed. But I don't really care about their mess. I wonder more why no one is trying to address it with what they like - incentives. Like above, let Valve give them a better cut or something, if they release for desktop Linux. Don't they like more money?

View PC info
So far devs have done nothing but treat Stadia as some form of "Console platform" - as in Devs know which hardware and drivers to target for their games, which API's to use, the OS will be the same just like on a console or Windows PC and are aware users will probably contact Google not them for issues. Also in their minds, users will be running Stadia, not the Linux based streaming tech behind it (only people like us will see it differently) so they got nothing to worry about.

In their corporate minds, offering a Linux desktop version of their game would mean additional resources spent in porting their launcher to a different platform as well as supporting it (and probably train or hire staff that speaks Tux-ian). I'd wager they also take in consideration the lame excuse of "multiple distros".

On one hand I can imagine myself in their shoes, in the IT company where I work, we never install Linux unless specifically requested. I'm the only person among the staff who knows his way around the OS, and our clients are not tech savvy so we'd end up with job re-entries and wasting time reformatting to Windows.

If a company is to expand though, sometimes you need to take some risks and a leap of faith.
4 Likes, Who?

Quoting: Comandante Ñoñardohmm. I wonder if we gonna see one of there Linux ports on Steam...
If Valve reduce the regular 30% cut to only 5% cut, those Linux ports will be on Steam on day one.


Only if GabeN had the balls for this:
"If your game has a fully functional Linux version, instead of the regular 30%, We charge you only the 5%"

too late, they already reduced their tax, its not 30% for big companies anymore...
0 Likes
elmapul 15 Jul

Quoting: Comandante Ñoñardohmm. I wonder if we gonna see one of there Linux ports on Steam...
If Valve reduce the regular 30% cut to only 5% cut, those Linux ports will be on Steam on day one.


Only if GabeN had the balls for this:
"If your game has a fully functional Linux version, instead of the regular 30%, We charge you only the 5%"

Yes, I wonder why Valve isn't putting more effort into convincing these publishers who now release for Stadia to release for Linux. Legacy publishers are too obsessed with platform politics, so they won't do anything until they'll think there is someone who is a steward or owner of the platform.

They simply don't get the concept of open platforms like Linux. Stadia owned by Google they get. Linux not owned by anyone they don't. And it doesn't matter that number of Linux users is way higher than number of Stadia users. It's clear that they don't care about size of the market as much as about trying to put the "platform" into their mental box they are used to.

with an small market, the chances of the port being profitable arent that big, but that dont stop companies from support an playstation at launch (despite the fact that at launch it dont have an big marketshare) because they know that it can grow and because sony pay then in advance to reduce their risks.
its an win win situation.
sony pay so they secure some games, wich reduce the risk of then not having an return of investment.
the publisher receive this money, so they have an minimum profit (or an reduced risk of losing money, they have to sell less copies to be profitable)
and the gamers purchase the machine because they know they will have some games to play and they belive that more games will come in the future.

steam machines were not an stabilished brand and valve didnt marketed then at all, you have to be crazy to bet your money in an product like that,be you an developer or an consumer.

gamecube sold less units than linux has of users, yet, it had more triple A games supporting it during its life time than linux in an 5 years period.
because all those game cube users were gamers, while not everyone on linux uses it to play, and as i said, because nintendo secured their pockets.

the same goes for sega and xbox consoles.

Valve had no idea what they were dooing, google is a bit smarter (or simply have deeper pockets) they are acquiring companies and old employees (like CEO) of companies because they need know how, not only about how to make games, but also, about how to make deals with thirdy parties, for example, one of the employees that google hired have worked with sony and microsoft in the past, the guy know how much money you have to pay for an ubisoft to convince then to support your platform, the same for an square enix and so on, so he can guide google to not invest too much money into an company and end up missing the money that he needs to convince another company to support then.
i mean, you should pay 10 millions for 100 companies? or 100 milions for 10 companies? what are the correct numbers? the correct strategy? how sony and microsoft did it in the past?
if an company see that they will be the only one putting games on stadia, they may give up porting their games for it (thinking the ship will go down), even if google offered then 10 millions in advance (those games cost even more to make), they will simply decline it.
on the other hands, having less competition may sound good for then.
that is why google should present the number of partners for each partner and he must know how to attract each partner.


stadia is just an division from google, they will not burn all the money from the company on it, otherwise they would lose marketshare on youtube and etc, they need an clever way to spend, that is why they need such know how
0 Likes

View PC info
So how hard is it for Valve to hire someone who will do the same analysis as Stadia is using? If Valve have money to invest in Linux gaming technology, they should have money to hire market analysts and those who can advise them on marketing strategy to deal with backwards thinking legacy publishers. So why aren't they doing it?
0 Likes
elmapul 15 Jul
I forgot one important part on my last comment...
A few years ago Nintendo paid 1 billion to unity to support their platforms (back then, 3DS and WiiU)
Google must be paying big chunks to those companies so they support stadia.

why would those companies make this port that was funded by google be avaliable on an standard linux desktop?
just think about it, google want to invest so they have the return of investment, not valve, not canonical, and not someone like amazon if they see that linux has potential to grown now that it has games and decide to enter the desktop market, stealling away consumers from chromeOS.
0 Likes

View PC info
I don't really care about Google, they aren't friends of Linux gaming at all. They put zero effort in helping desktop Linux gaming. But Valve seem to be interested. Why are they putting all the effort into Linux gaming stack? But all that is not helping if they don't complement it with marketing and whatever deals legacy publishers expect to make Linux releases. If Google could figure it out, Valve can as well.

Point is, I don't see anyone besides Valve even caring about it in the first place. Not in the way to be even interested in convincing those legacy publishers about anything Linux related. But Valve despite being interested aren't putting the effort in the needed place.

0 Likes
«2/2
While you're here, please consider supporting GamingOnLinux on: