Goner from Canary Islands based developer Loco Players is going to provide quite a frightening looking survival horror, with plenty of dinosaurs roaming the lands.

They're clearly not making another ARK: Survival Evolved either, as this seems to have much more of a focus on the story of your survival with plenty of primal fear involved. In Goner, you take on the role of Anthony Sunder, who is on a journey to find their missing mother and her expedition crew. This search leads you to the location of a ghost island inhabited by hostile members of a lost civilization and feral fauna you thought extinct. 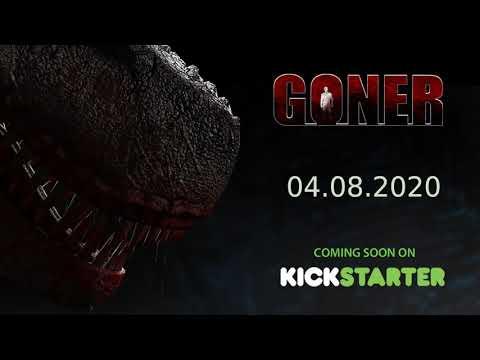 "There's many dinosaur games but there has been no single player, story driven survival-horror game since Dino Crisis was released 20 years ago, and that one was not from the first-person perspective", says Yeray Schwartz, CEO at Loco Players.

It's crowdfunding on Kickstarter, and with 22 days still to go it's already fully funded passed the initial €24,600 goal. I spoke with Loco Players personally, where they confirmed their plan was to have a simultaneous Linux and Windows launch and they've now updated their Kickstarter FAQ to clearly mention release target platforms.

Love the bike scene too. This feels like "The Forest" had a baby with "Jurassic Park". Surely an essential purchase!

View PC info
"Save your progress using a specific consumable in a safe room."

Quoting: Nezchan"Save your progress using a specific consumable in a safe room."

I actually liked this in Kingdom Come. Sure, it frustrated me from time to time, but it's not like the Saviour Schnaps was hard to get in that game. Also, I pretty much always knew if I'm getting into potentially dangerous situation. So every time I died and was frustrated for not saving within the last 4 hours or so, it was really my own fault.

QuoteLove the bike scene too.

. Same here, this particular sequence made my day ^^
0 Likes

View PC info
Am i the only one that thinks that goal is way too small for a game of this caliber ?
It looks like a big budget game so surely the art team or assets bought would cost through the roof.
0 Likes
While you're here, please consider supporting GamingOnLinux on: