A much expanded and improved version of Fantasy Grounds, which originally released in 2004 and does not support Linux. This new version does, built (as the name might suggest) with the Unity game engine giving them a lot more tools to work with.

Need to know what it is, not heard of it? "Fantasy Grounds is a dynamic system for playing a host of different roleplaying games online. It is used by hundreds of thousands of gamers worldwide to connect and play popular games such as Dungeons and Dragons, Pathfinder, Savage Worlds, Call of Cthulhu, and so many more. This type of program is commonly referred to as a ‘virtual tabletop’, or VTT, due to their ability to emulate various parts of an RPG session in digital form." 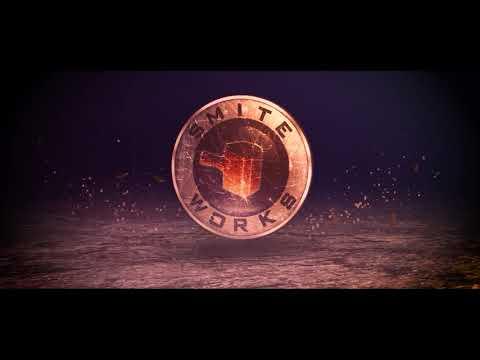 Turns out they actually had a Kickstarter campaign to fund it, back in 2019 this raised $509,343. Linux as a supported platform was part of that, so it's great to see them deliver. They even took on new developers recently, as noted in a Kickstarter update who helped get Linux sorted.

Just some of what's new in it includes:

Sharing DLC between the original and this is a nice touch, as long as you use the same account for both versions it will give you any previous DLC you own. Considering there's absolutely tons of DLC, that was probably the only sane option. There's 1,658 of them. It sounds ridiculous but a lot of that is officially licensed content from D&D and various others. They also have upgrade options to get a discount if you own the older app.

You can find it in Early Access on Steam.

Article taken from GamingOnLinux.com.
Tags: Board Game, Indie Game, New Release, RPG, Steam, Unity | Apps: Fantasy Grounds Unity
8 Likes, Who?
We do often include affiliate links to earn us some pennies. We are currently affiliated with GOG, Humble Store and Paradox Interactive. See more here.
About the author - Liam Dawe

View PC info
I played a fair bit in the old app - I used to dual boot for it, because on Wine it had a few annoying bugs. It is pretty nice, though I used to be more of roll20 fan, and it's great that it now has native support.

They have been working on a new version for quite some long time already, because their engine just didn't support many things they wanted to add, but they were constantly having problems. Glad they sorted it out with the crowdfunding and Unity.
0 Likes

View PC info
I'll have to try it again today, as when I last launched it, I would pick a game setting and create a new campaign, but then it'd just sit there and do nada.... the old version worked fine in Proton.

Hoping I can start using it, especially since I got suckered into the sale. But also I want to use it for GURPS, which there is an unofficial plugin for. My tastes in RPGs have been spoiled by the wonderful people at Steve Jackson Games, though I occasionally wonder if I keep them in business... :P
1 Likes, Who?

View PC info
I have played Pathfinder 1.0 on Fantasy Grounds Unity for a couple of months now via Lutris with Proton. It is _very_ similiar to the "old" Fantasygrounds.

That said it is a very good table top and the developers plan on adding new features on top of the new engine. I am looking forward to it! :)
0 Likes
Purple Library Guy 10 Sep
I've never tried this. My friends and I have been using Roll20 lately, often with Zoom or Jitsi on the side so we can see each other's faces bigger than tiny, and also because the conferencing part has been pretty glitchy.

So what does it do? Is it doing kind of the same stuff as roll20, or different, or just more? Does not being browser-based make it a significantly different experience? Is it more stable?
3 Likes, Who?

Quoting: Purple Library GuyI've never tried this. My friends and I have been using Roll20 lately, often with Zoom or Jitsi on the side so we can see each other's faces bigger than tiny, and also because the conferencing part has been pretty glitchy.

So what does it do? Is it doing kind of the same stuff as roll20, or different, or just more? Does not being browser-based make it a significantly different experience? Is it more stable?

Not sure, if you do an online search make sure to narrow down to FGU (Fantasy Grounds Unity) vs others such as Roll20. I just bought it myself and now checking the intros etc.

Maybe this will help?


It's all built on web technology, making it similar to Roll20 but much much more performant. Probably beats FGU too!

One downside is the current lack of officially licensed content, but there are third-party importers available for FG, Roll20 and DDB so you'll be good if you have any content on those platforms.
4 Likes, Who?

View PC info
I might give it a go. Although also backed TaleSpire in Kickstarter and haven't played much, mainly because I don't really know many people to play with. Or not many campaigns are newbie friendly (dnd 5e) -or I don't find them- xD
0 Likes

View PC info
Weirdly I got the bundle with the ultimate license upgrade, but unlike the original fantasy grounds, the unity version doesn't show the key for it..
0 Likes
Purple Library Guy 11 Sep

See, this is a part I don't get, either for this Foundry VTT or Fantasy Grounds Unity. What does it mean for something like this to "have" a game system? I own the rules to the games I'm playing, and it's like, as long as it makes dice-rolling possible, I can decide for myself what dice I'm gonna roll. So what does having the game system do, exactly?
Ed. to add: Sorry, never mind. Went to the site, watched their 12 minute video, I sort of get the idea. Oddly, I feel like it's too good for my taste. Pulls in too much. Too far from the experience of playing a tabletop game, moving too close to playing a computer RPG that happens to have a game master behind it somewhere.

Quoting: Purple Library GuyI've never tried this. My friends and I have been using Roll20 lately, often with Zoom or Jitsi on the side so we can see each other's faces bigger than tiny, and also because the conferencing part has been pretty glitchy.

So what does it do? Is it doing kind of the same stuff as roll20, or different, or just more? Does not being browser-based make it a significantly different experience? Is it more stable?

It is pretty much equivalent, but with slightly different features and interfaces - and most importantly, payment models. I'll talk about FG2 that was what I played a lot, I expect it to have improved a lot... but I actually had a long-lasting group that used both programs (regular DM liked FG more, other people DMed once in a while and liked roll20 better) so we compared them a lot. xD

Back in the days, roll20 was a lot more focused on being customizable while Fantasy Grounds was more about being "ready to play". Even without the subscriptions that allowed scripts, roll20 had more options with macros, and it was a lot easier to get started (but you had to do everything manually); but FG had a lot of official content and everything was pretty and pre-configured (which was great until you wanted to house rule something). Roll20 allowed you to search a library of public images, while FG had a smaller but more curated collection. They each improved in each other's area since then, though. In general, FG tries hard to be very polished and professional, and it makes a difference.

I think being in a browser makes roll20 easier to use if you are constantly alt-tabbing to different programs, webpages and stuff (as I often do while GMing...). I generally like fullscreen better, but RPGs for me required too much information for a single screen (even with a second monitor to open all the sheets and notes and chat and stff I often needed outside sources, pdfs, check the chat program, etc).

Regarding payments: roll20 is free for everyone, but the paid features are subscription only and it gets expensive in the long term. Fantasy Grounds is paid upfront, and requires either everyone to buy a copy (impractical - groups change, new people join, etc) or the GM to buy a very expensive ultimate license (still impractical - no one else can ever GM without going back to the purchase problem). In this aspect, roll20 lowers the barrier a lot for people to play, specially for simpler games where you don't need to get lost in macros and maps and stuff.
1 Likes, Who?
1/2»
While you're here, please consider supporting GamingOnLinux on: