The special experience is live now until October 29 18:00, which will see you battle the Viral Rush event which is meant to emulate the hordes that appear in Left 4 Dead. To make it a bit more interesting and unique Techland added in a "new type of shotgun ammo that gives the infected a taste of fire and brimstone". If you don't like it, you can turn off the special events like this in the menu.

Additionally you can claim the L4D2 Bill & Gnome Chompski Pack free DLC here which enables you to have Bill from Left 4 Dead as your skin along with the amusing Gnome Chompski weapon. 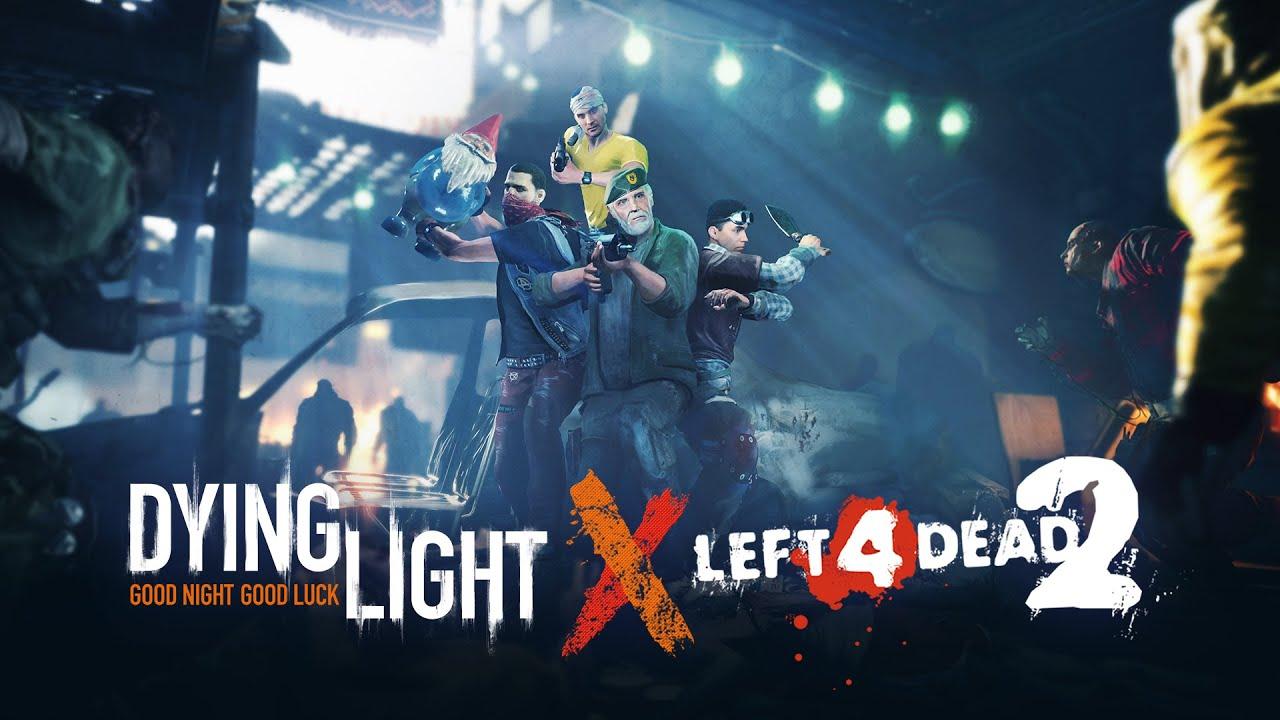 Dying Light is also 66% off right now on Humble Store and Steam.

View PC info
Smashing zombies in the face with a chunky garden gnome statue invokes a rather special feeling. :)
1 Likes, Who?

View PC info
Guys, does the Hellraid expansion worth it? I only have "The Following" DLC and been wanting to get back to this game
0 Likes

View PC info
About Hellraid: depends on the price You pay. I had alot of fun during one run, which lastet about an hour. After that it is on You, if You want to improve Yourself since it is rogue-like.
1 Likes, Who?

Quoting: WJMazepasGuys, does the Hellraid expansion worth it? I only have "The Following" DLC and been wanting to get back to this game

Haven't played it but from what I've read it's very short. Not really worth the price. Maybe watch a Let's Play ?
1 Likes, Who?

Hellraid is an extra game mode alluding to the eponymous game heritage, a title that never materialized as it was originally intended; a mod for Dead Island. Later aimed at a stand alone release as 'Project Hell' and eventually rebranded as Hellraid.

Back in the early 2010's, Techland was developing the Dead Island games for Deep Silver and while not regarded as a success at the time, the games were successful enough to sell millions of copies and are regarded as classics today. DI was entirely Techlands baby in all aspects other than IP ownership. 'Creative differences' built up a conflict between the companies that eventually led to Techland creating a new IP in Dying Light, which turned out to be a massive success.

The victims of this conflict were twofold.
Hellraid development was halted as Techland most likely wasn't interested in developing any more content for Deep Silver. The official explanation was the usual PR fluff about "not meeting expectations".

Dead Island 2 faded into the shadows as Deep Silver was left to handle the IP on their own, and boy oh boy it's been a tragic mismanagement story like few others. Since Techland, the development of DI2 has been handed over to Yager (who was bankrupted when DS dropped them due to creative differences), then it was Sumo Digital's turn (no idea why they were dropped), and most recently in 2019 the torch was passed to Dambuster Studios who earlier in 2020 were trying to hire staff to work on DI2. Your guess is as good as mine if Dead Island 2 will ever release...


Calling Hellraid an expansion is a bit much, but it is a new game mode with new mechanics and you will be able to use the weapons from Hellraid in the main game with an upcoming update. Techland has also promised to expand Hellraid with new content. In fact, we have already received a content update called Lord Hector's Demise and more is coming.

In my opinion, Hellraid is well worth the low cost of 10€ (on sale right now for 8,5€) and Techland is worth your support. They are still updating Dying Light close to 6 years after release and still maintaining the Linux version. I can't say this same about many other game companies.
7 Likes, Who?

View PC info
Even at $10, I'm not feeling Hellraid as a future purchase. I imagine it to be DL without the blood or parkour and all crammed into an underground labyrinth.

That said, I LOVE Dying Light, and the Dead Island games that preceded it. This is the last day of the horde mode and I gotta say, it's been a blast! It's just wave after wave of screaming virals. At first it was a bit overwhelming, but after a couple hours of head-lopping I started to yearn for packs of a dozen or more virals to wade into and hack to bits!

Quoting: WJMazepasGuys, does the Hellraid expansion worth it? I only have "The Following" DLC and been wanting to get back to this game

I played it and as a Dying Light fan I hate it because it removes and limits the most important parts of DL: parkour and creative fighting. On nightmare difficulty I just climbed on a box and smashed the demons' skulls and that was the gameplay.
0 Likes

Quoting: undeadbydawnUnfortunately this special even has cranked up the difficulty of DL considerably, with waves of fast zombies spawning every minute or so. This makes it not really worth playing for me as while it isn't 'impossible' to carry on the single player campaign, it is a massive pain to make any progress.
This is a damned shame as I was planning to play this game *a lot* over this week.
For regular play, Dying Light is superb and absolutely worth the money

You can disable the event in the settings: Options -> Online -> Community Event Participation
1 Likes, Who?

Quoting: undeadbydawnUnfortunately this special even has cranked up the difficulty of DL considerably, with waves of fast zombies spawning every minute or so. This makes it not really worth playing for me as while it isn't 'impossible' to carry on the single player campaign, it is a massive pain to make any progress.
This is a damned shame as I was planning to play this game *a lot* over this week.
For regular play, Dying Light is superb and absolutely worth the money

You can disable the event in the settings: Options -> Online -> Community Event Participation

Thanks. I played again yesterday, i was lvl 2 and couldnt get to do anything whatsoever because there was always a huge crowd of zombies running behind me. It was not fun
0 Likes

I learnt this the hard way, after dying miserably moments after exiting the tower for the first time, several times :) Then I got to see some youtube videos where the zombies were almost static and only then I understood it was part of the event. Still I got to play for a while in this mode, until I was smashed to pieces over and over while trying to set the car's traps. Good fun
0 Likes
1/2»
While you're here, please consider supporting GamingOnLinux on: