Stranded in the middle of the ocean, in Stranded Deep it's a struggle to survive from the moment you hit play as you swim across to various islands - and now it's a lot bigger.

This week, October 5, they released build 0.74.00 for everyone and it comes with some pretty huge changes to the game. One of the major enhancements is the world generation, as they've said it's now twice the size of the previous versions with more randomly positioned islands instead of the old fixed 5x5 grid. That should make it a lot more interesting to explore for sure. 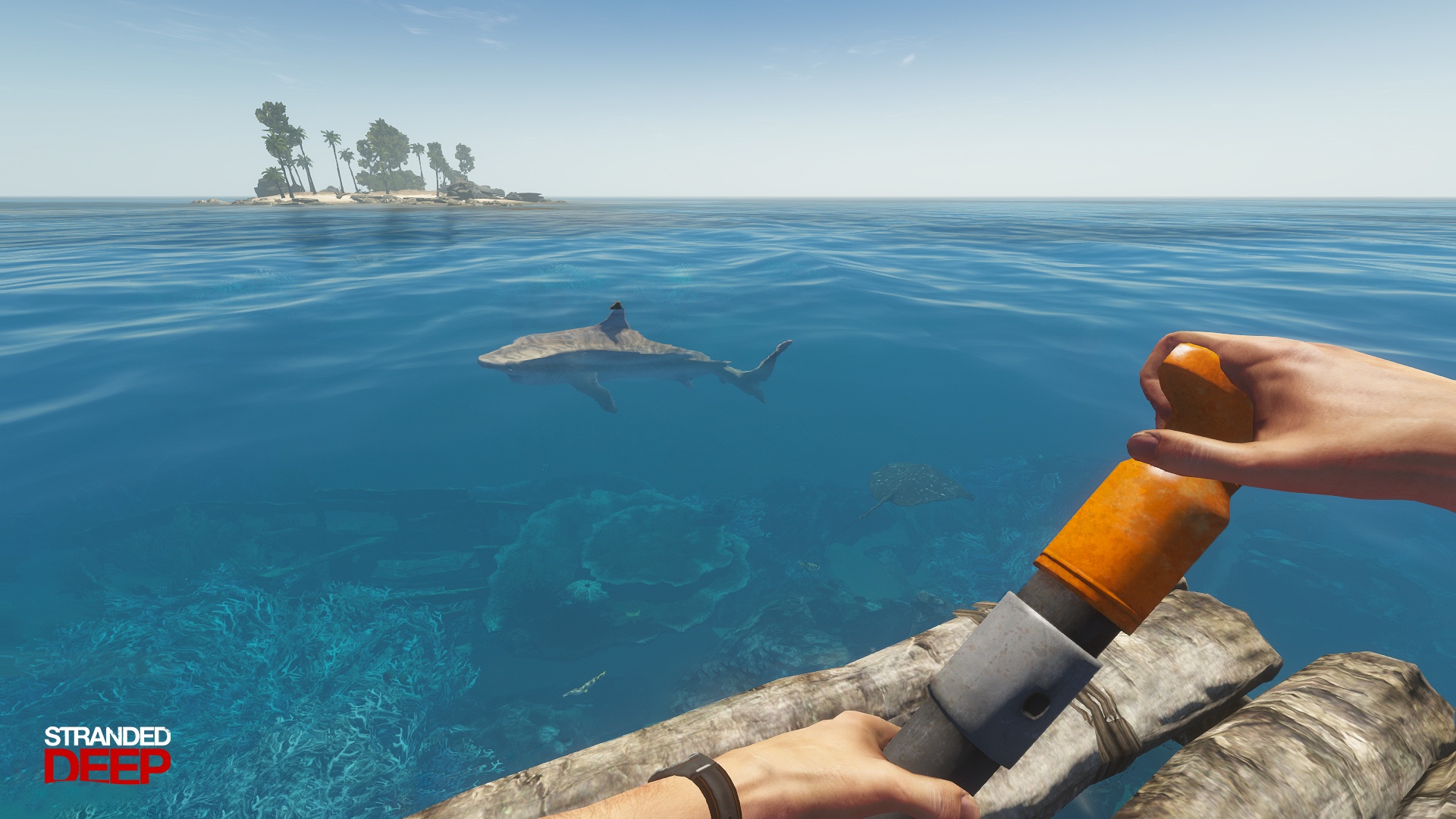 Additionally, there's actually an End Game now. Yes! You can actually complete the game…if you wish. I won't spoil exactly what it is but it involves finding a wreck of a big ship. However, first you need to defeat some boss creatures and gather some special components. It's quite interesting to see another survival game with an actual ending instead of just surviving as long as possible.

On top of that there's a new Starting Crate given to anyone who does manage to complete the game, which has some special items inside like a flashlight and a machete. There's also numerous bug fixes included in the new version.

View PC info
I was very tempted to buy Stranded Deep during the Steam Summer Sale. It was close to the top of my "to buy" list. I find it an appealing survival game, but there's one thing that puts me off - I'm not so keen on how your character's controls work, interacting with items in the game seems to be flawed. There are other survival titles that seem to deal with controlling in-game items much nicer. At the same time there are yet more survival titles which seem to have even worse controls.

When RUST was working on Linux, I found most of RUST's controls to function very well, especially how the weapons worked. The basic inventory, clicking on bandages to use them, click on hemp plants to pick them up, and so on.

7 Days To Die : It has good controls, particularly on the inventory management side of the game, smashing blocks, trees, picking up items in chests, and so on. Well-designed controls, however, I do find the melee weapon fighting to be something which could be improved.

I've watched countless videos of other survival titles, and quite a number are indie titles, and of these plenty have janky controls (which would spoil the game for me, in spite of how good the game content and atmosphere might be).
0 Likes

View PC info
I find myself wondering whether the end game leaves you surprisingly competent with a bow and arrow, and returning home to fight crime using your archery skills.
3 Likes, Who?

Quoting: g000hI was very tempted to buy Stranded Deep during the Steam Summer Sale. It was close to the top of my "to buy" list. I find it an appealing survival game, but there's one thing that puts me off - I'm not so keen on how your character's controls work, interacting with items in the game seems to be flawed.

I did buy it some day and had a hard time to understand the controls (especially since there was no explaining) but in the end I really liked the way this works. Especially building with the quick menu that works based on items you currently _see_ so gathering materials for a project on one pile is really a smooth experience.

That menu tho… I played this _for days_ before I found out that there are several building menus that can be toggled.

It's still one of the better survival games IMHO. There's a lot going on that the player can find out.
1 Likes, Who?

View PC info
Is there a map? I need some sort of in game mapping function in these games. I've never finished Subnautica for this (and a couple other reasons, if I'm honest).

I recently saw 'The Shallows' and the thought of swimming around in shark-infested waters is simply terrifying --- which, of course, makes me want to play it even more.

Quoting: NanobangIs there a map? I need some sort of in game mapping function in these games. I've never finished Subnautica for this (and a couple other reasons, if I'm honest).

I recently saw 'The Shallows' and the thought of swimming around in shark-infested waters is simply terrifying --- which, of course, makes me want to play it even more.

No map when I last played it. In fact, finding your way was very difficult. From a distance everything looks the same and it's easy to not navigate back correctly and find yourself lost. It is really part of the game though. I try to put down things on islands that point the way back to the previous island I was. The sense of disorientation and tension on the water is very well done.
1 Likes, Who?

View PC info
That's good, I know the developer was a bit burnt out and discouraged to finish this game (not that its finished yet?)
0 Likes
While you're here, please consider supporting GamingOnLinux on: