While still using the classic Infinity Engine, Beamdog went through it and upgraded a great many parts for the original release of the Enhanced Editions and it's clearly a labour of love as they continue to fix and tweak them many years after release. They recently announced a huge 2.6 game engine upgrade which will affect all three named titles, and now they're looking for more people to jump in and test.

To be clear, they confirmed that currently only Baldur's Gate: Enhanced Edition is ready for testing but since the update notes fixes for all of them it's likely the other two mentioned above will follow along after. 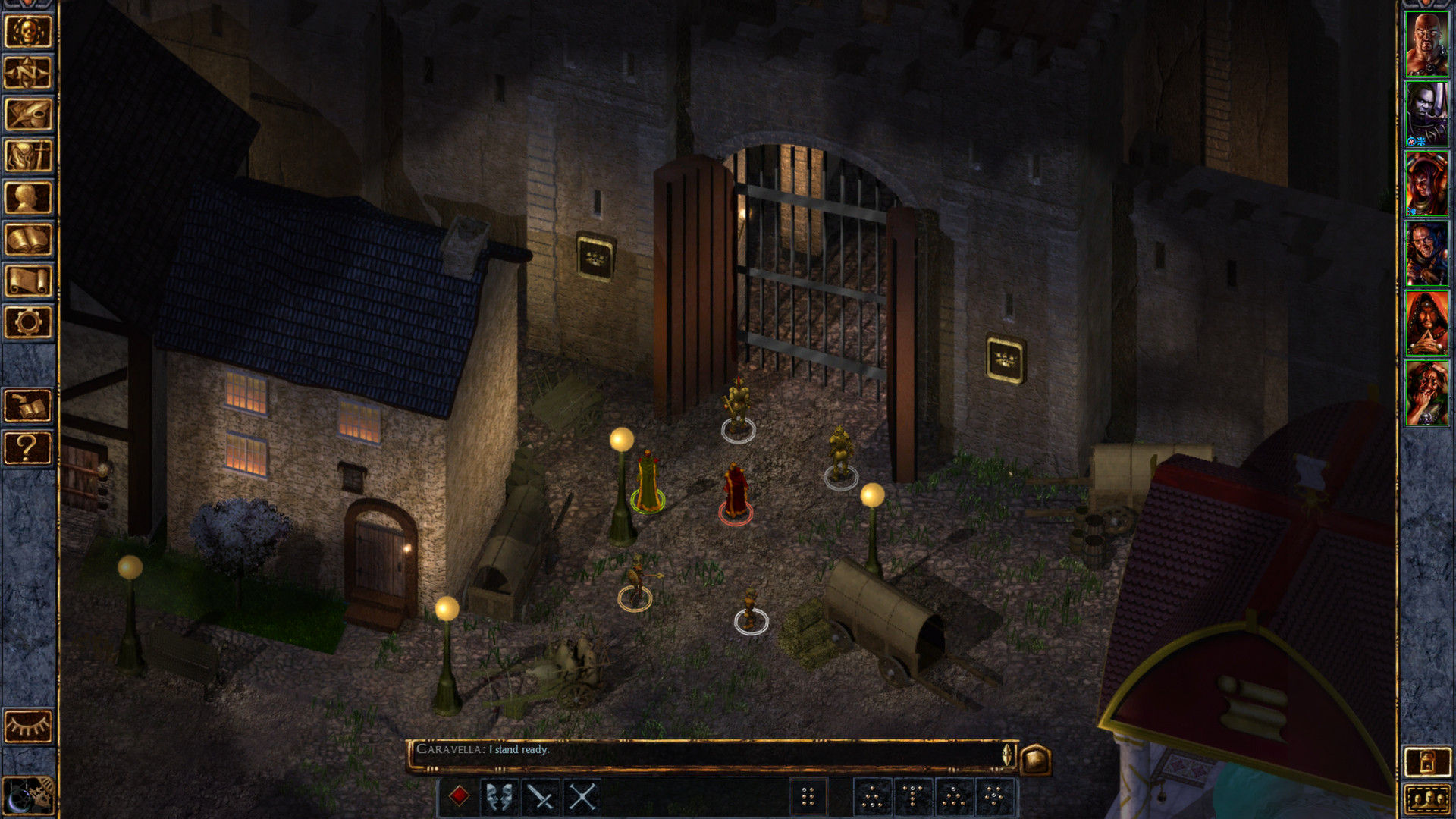 You can see the rather long list of updates and fixes over here. To participate you need a copy of Baldur's Gate: Enhanced Edition on Steam, and then right click -> go to Properties and find the "road_to_2.6" option. Here's some highlights of what you can expect:

The list of improvements just for BG:EE is quite long too, with over 60 items just for this game being either bug fixes or general game improvements. Plenty more when counting updates that affect all three titles too it's a really impressive amount of work that's gone into the 2.6 upgrade.

If you do test it, they want your feedback to ensure it works including launching it and saving plus loading without any blocking issues. You can either leave a comment on their official forum post or on this Steam announcement post. Once ready, it will be up on the GOG store as usual too.

We do often include affiliate links to earn us some pennies. We are currently affiliated with GOG and Humble Store. See more here.
About the author - Liam Dawe
I am the owner of GamingOnLinux. After discovering Linux back in the days of Mandrake in 2003, I constantly came back to check on the progress of Linux until Ubuntu appeared on the scene and it helped me to really love it. You can reach me easily by emailing GamingOnLinux directly.
See more from me
Some you may have missed, popular articles from the last month:
The comments on this article are closed.
14 comments
Page: «2/2

Very welcome change. It was not a trivial thing from what they said, due to the need to rewrite the engine which actually was dependent on some 32-bit logic.

It's long since they've been shipping a 64 bit binary - they're just dropping the 32 one now.
0 Likes

And probably get yourself a vastly inferior experience (judging by lately trying IWD2 with gemrb; yes I do know, but still).
Having to bother with installing widescreen and other weidu stuff and generally tinker with a 20 yo release and still not to make it work remotely as smooth as EEs is somewhat.. discouraging.


BG is not IWD. I had taken less than 10 minutes compiling and configuring stuff then I have starded playing (I used the DVD version of BG) with fullscreen and stuff. There is not so much improvement from EE beside multiplayer. It's like having one or two mods defaut in the base game. (I have still bought it to play multi with friends)
0 Likes

Quoting: amataiBG is not IWD.

Quite obviously so.
However I was talking about IWD2, in comparison with which IWD1 *is* BG more or less.
Anyway, my point was that even though I've experience with gemrb with the worst supported game, a lot of downsides of gemrb vs the EEs are totally game independent.

I hadn't had problems compiling/setting it up too. But what's it have to do with the actual *playing* experience? (Most ppl wouldn't want to know how to compile/setup anyway tho, however simple. But that's beside the point)


Quoting: amataiThere is not so much improvement from EE beside multiplayer.

This is just false, plain and simple.
How will it fare re fonts/scaling on my 4k monitor for instance? I'll tell you - very poorly, even if I'll go the length of tinkering with the TTF fonts (and with IWD2 freetype support was buggy for me). And that's just one single issue, I assure you there are many more.
And why would you want it, if there's a perfectly supported (as even this article proves) finished and rather polished product out there?
Just don't start going through all the FOSSness and stuff.
They (the devs, some of which did actually work with Beamdog on EEs AFAIU) can tinker with their toy/labour of love/hobby which is gemrb however they want (I'd even help out with IWD2, but reading a bit more about IE/gemrb makes me think there's more chance of us seeing an official EE than IWD2 becoming playable with gemrb), but for enjoying a 20 yo game I'd rather choose the (quite polished) "product" rather than a hobbyist project that just doesn't get the work done at the same level, thank you.

As an aside, the IE itself is (or rather *are*) a total mess, as is gemrb. There's even the most progressive branch (from what I've read around in various blogs and dev interviews) in Git is *not* master (apparently).

View PC info
Is it available on GOG somehow?
0 Likes
«2/2
While you're here, please consider supporting GamingOnLinux on: