As someone who grew up with early Sega consoles, the Sonic games were part of my first gaming experiences and you can relive some of it with Sonic 3 A.I.R. It's a fan-made remaster, built to bring Sonic 3 & Knuckles into the widescreen era on modern platforms.

With the latest preview release, the developer announced that they're now providing Linux builds. 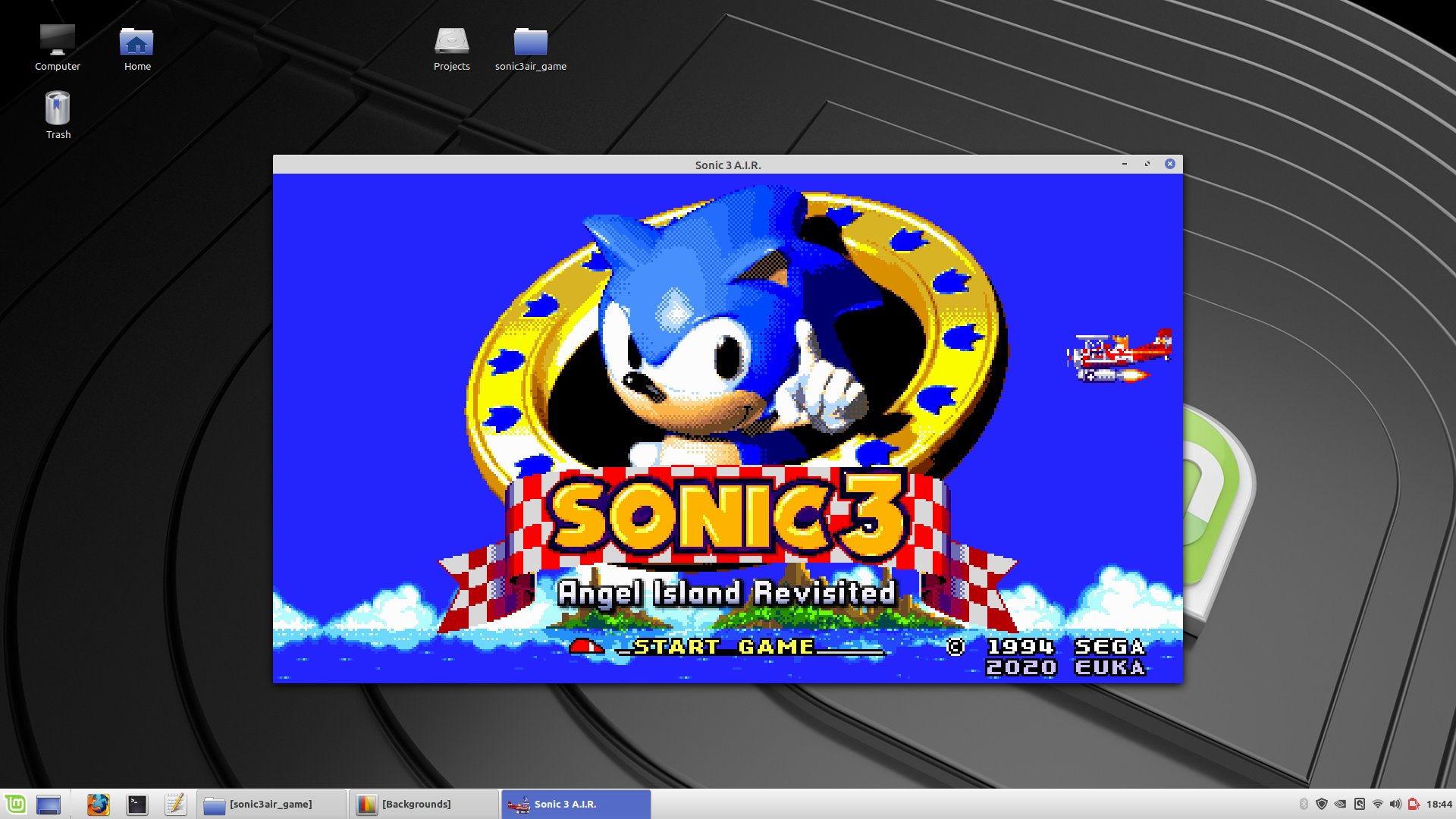 - Rendering performance optimizations, especially for OpenGL Software rendering (though Hardware is still faster)
- Script / game simulation performance optimizations
- Smoother filtering for rotated sprites
- Added HQ3x and HQ4x filters as options
- Now using actual emulation for almost all sound effects and emulated music tracks, not just the continuous sound effects as previously
- Added option for muffled sound when underwater
- Fix for a crash with certain game controllers
- Fix for a crash in Mods menu when trying to move the "None" placeholder entry
- Fixed that too many small bubbles could prevent object spawning in parts of HCZ 1
- Fixed a regression that caused Tails to teleport in MGZ 2 boss
- Fixed that Super Flickies disappeared when FBZ 2 boss fight starts
- Fixed that Tails flew away instead of hovering above the player after starting Tails Assist in DEZ 2's inverse gravity sections
- Fixed that fast forwarding was available in Data Select after exiting to menu from the game outro
- Supporting more keys for custom keyboard bindings (see the Manual for a complete list)
- Added support for modded Discord Rich Presence texts

Since I got curious about some of the finer behind the scenes details, I reached out to the developer to confirm some info on how it was made and what license it's using. They replied to mention that they built it "directly on top of SDL2, OpenGL and Ogg Vorbis", and that while Sonic 3 A.I.R. is closed-source freeware it does require a copy of Sonic 3 & Knuckles from Steam. With it needing the original files, it's then much closer to the likes of OpenMW for Morrowind and openXcom for UFO: Enemy Unknown (although not open source as mentioned) and should see no issues from any rights holders.

View PC info
Realising that I have a copy of Sonic 3 on Steam, I've just downloaded and installed A.I.R., though yet to have a proper playthrough. Looks good, though!
0 Likes
While you're here, please consider supporting GamingOnLinux on: