FPS game engine GZDoom 4.5.0 is out as the first 64bit only release

GZDoom, the modder-friendly OpenGL and Vulkan source port based on the DOOM engine has a major new release up as they drop support for 32bit.

A number of major changes were pulled in for GZDoom 4.5.0, which will likely affect most users. For starters, mouse behaviour has changed. They've removed some "magic factors" from the mouse sensitivity and while old configurations will get moved over it might still need you to do some settings tweaks. 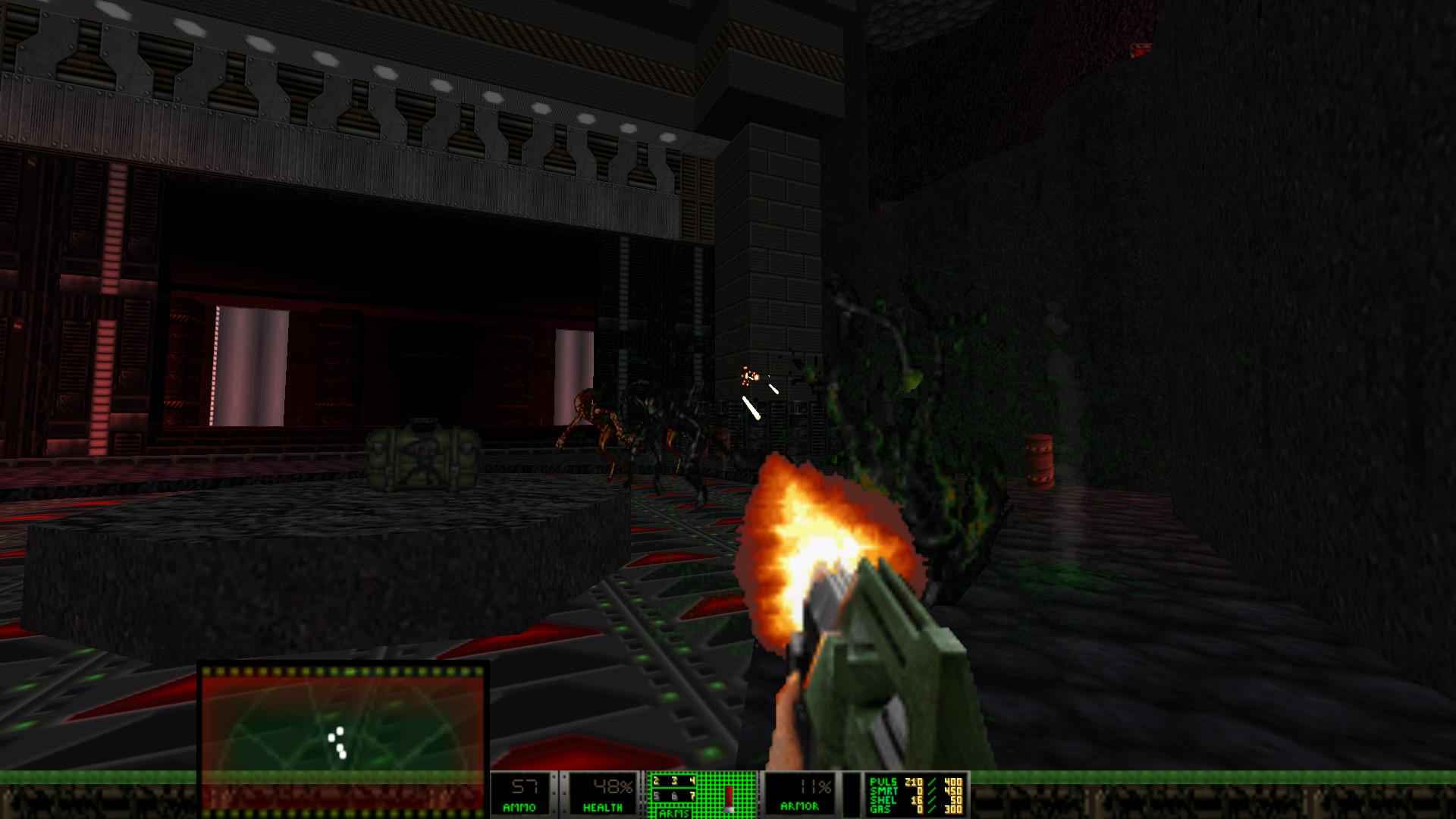 Pictured - Aliens: Eradication running on Linux with GZDoom 4.5.0. That's not a game pack I plan to play in a dark room, even during the day it was impressively scary.

Some of the highlights of GZDoom 4.5.0 include:

What are some of your favourite DOOM mods, total conversions and perhaps actual games built with GZDoom? Let us know what we should be taking a look at some time in the comments. You can find quite a lot thanks to the likes of Mod DB, which has a dedicated Doom page.

QuoteInterpolate positions and angles in the automap for smoother appearance

There's also a fix in the weapon sprite interpolation that previously didn't behave correctly when your speed changed (e.g. when starting to run). With these two changes, players can now enjoy a butter smooth experience in GZDoom that's comparable to older source ports like PrBoom+.

QuoteWhat are some of your favourite DOOM mods, total conversions and perhaps actual games built with GZDoom?

Freedoom is always worth a look at. If you've played it a few years ago, I recommend going through its latest version again as it's now a more polished experience with a fully complete campaign.

Quoting: LiamPictured - Aliens: Eradication running on Linux with GZDoom 4.5.0. That's not a game pack I plan to play in a dark room, even during the day it was impressively scary.

I didn't try this game pack, but it's not surprising, I remember playing Alien Trilogy on the PS1 and it was pretty scary too, with a great atmosphere.
0 Likes

Quoting: CyrilI didn't try this game pack, but it's not surprising, I remember playing Alien Trilogy on the PS1 and it was pretty scary too, with a great atmosphere.

I believe I had it on the Sega Saturn and yup, it was absolutely terrifying :D
1 Likes, Who?

View PC info
I suggest taking a look at Pirate Doom, it's one hell of a crazy TC and sometimes challenging too. Completed it a few months back.

Also you might want to take a look at Total Chaos, a very impressive and graphically intense mod.
2 Likes, Who?

View PC info
I'd suggest a port of NES Castlevania to GZDoom
1 Likes, Who?

View PC info
Just installed GZDoom and Aliens: Eradication - very nice! Thanks for the HUDs up

Check those corners.
2 Likes, Who?

View PC info
If only Zandronum would catch up. Multiplayer support on GZDoom is a disaster.
0 Likes