The absolutely huge 0.5.8 update for the game manager Lutris is one step closer to a proper release, with a Release Candidate out now. Following on from the Beta release we covered in late October, this RC is mainly cleaning up all the issues found during testing.

Giving you an easy way to bring your games from Steam, GOG, Humble Store, games run through compatibility layers like Wine and Proton and more all under one roof. If you've not tried it yet, you might find it's actually really useful. 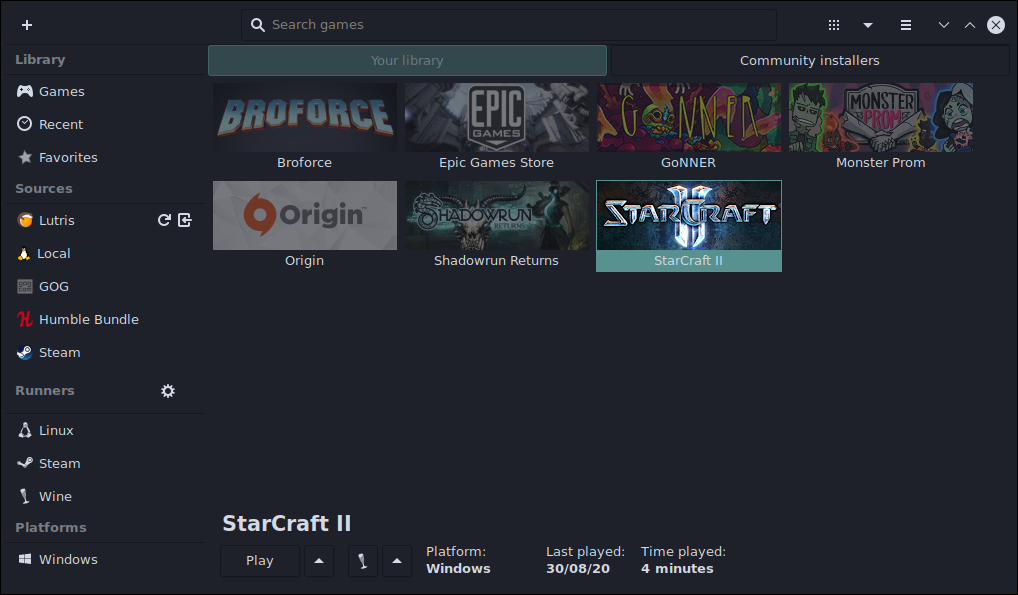 A quick reminder of the 0.5.8 highlights:

See more about Lutris on the website or GitHub.

This might sidestep the issue I had with one of my GOG games that caused me to use minigalaxy instead.

EDIT: I should say instead for GOG games. I still use Lutris for Wine games outside of Steam.

t3g 22 Nov, 2020
View PC info
I've had mixed feelings with Lutris in the past as I've only used it to try to run GOG Galaxy. It will allow me to download games, but there are issues in cloud sync with the saves. I also don't have the control in setting Proton options per game and the interface is sluggish.