After we pointed out Fantasy Grounds Unity adding Linux support a while ago, some readers pointed out another virtual tabletop experience for fans of making and playing tabletop RPGs with Foundry VTT.

Foundry VTT (Foundry Virtual Tabletop), is a self-hosted solution making it quite brilliant actually. Only the "game master" needs to buy it, and they then host it for players to be able to join. There's no special tiers or editions, just one single purchase to gain access to the entire setup. Buy it, set it up and get users to join in the browser - it couldn't get easier. It has wide support for various features like character sheets, rolling dice, exploring battlemaps, moving heroic tokens and the list just goes on to include rich dynamic lighting, fog of war, audio playlists, video chat using webcams and so on. It really is huge.

Check out their release trailer: 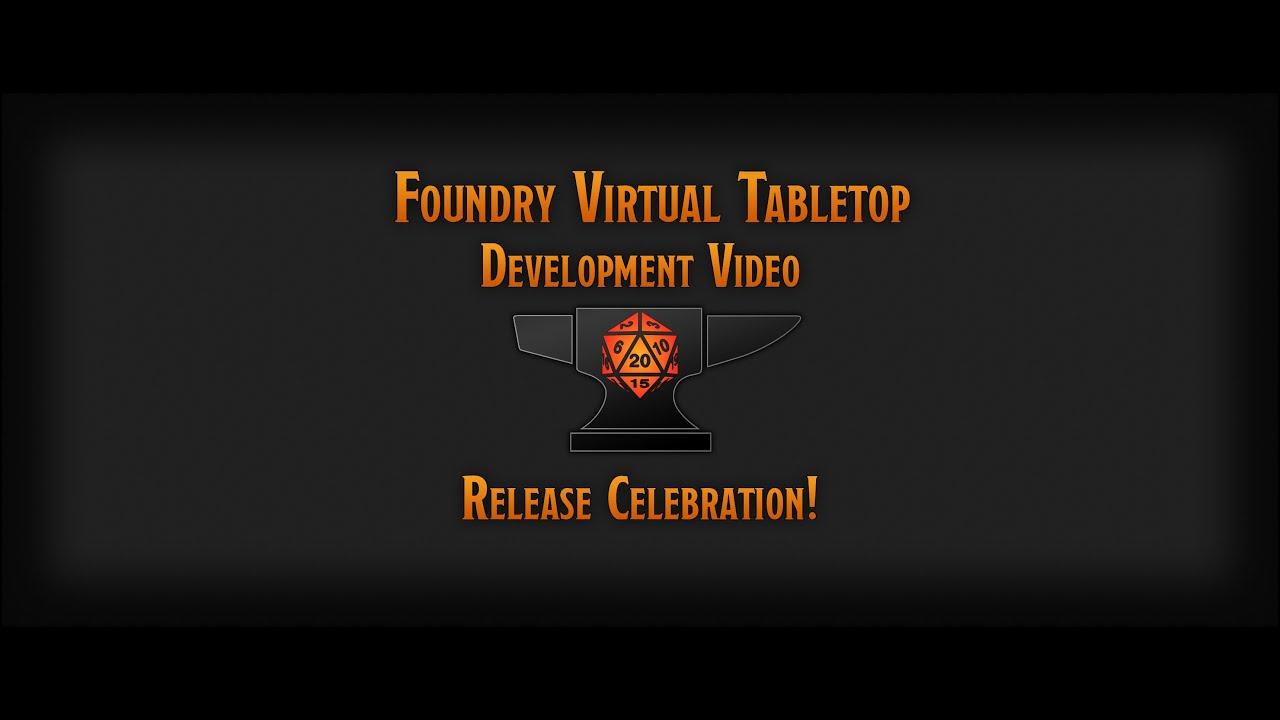 The developer of Foundry said they stick to a few guiding principles when developing it:

It's proven to be popular too. Not only can you buy a copy of it but you can also support the developer on Patreon, where they currently get over £6,500 per month from supporters - so it's clearly found its place amongst digital tabletop fans.

Popular with rights holders too, as they're bringing over some official games to it too like Warhammer Fantasy Roleplay from Cubicle 7 which arrived on Foundry earlier this month.

You can buy Foundry VTT from the official site.

Update: As an added note, the developer mentioned to us on Twitter that it's Linux-first, "Foundry was built for Linux first - and then I invested in making sure it could work for other OS".

Article taken from GamingOnLinux.com.
Tags: Board Game, Indie Game, RPG
10 Likes, Who?
We do often include affiliate links to earn us some pennies. We are currently affiliated with GOG, Humble Store and Paradox Interactive. See more here.
About the author - Liam Dawe

property 21 Nov, 2020
View PC info
I've been using FoundryVTT for quite some time and have to say I really love it. It's still in beta but the stuff you can do and extend my modules is just massive.
0 Likes
The_Lux 21 Nov, 2020

Quoting: propertyI've been using FoundryVTT for quite some time and have to say I really love it. It's still in beta but the stuff you can do and extend my modules is just massive.

Can you tell me, if it's possible to create my own systems from PnPs that aren't supported and if this is possible, how to do this? Do I need HTML, PHP and Javascript? Or do they use another language?
0 Likes

View PC info
That looks really dope -- I wonder if it actually cuts down on prep-time for DM's or if it's just a different set of things you need to prepare?
0 Likes

Quoting: PendragonThat looks really dope -- I wonder if it actually cuts down on prep-time for DM's or if it's just a different set of things you need to prepare?

If using features such as dynamic lighting, your prep time can certainly increase 😄
0 Likes

Quoting: propertyI've been using FoundryVTT for quite some time and have to say I really love it. It's still in beta but the stuff you can do and extend my modules is just massive.

Can you tell me, if it's possible to create my own systems from PnPs that aren't supported and if this is possible, how to do this? Do I need HTML, PHP and Javascript? Or do they use another language?

There's over 70+ systems created, a vast majority by the community, so yes 😊 You need to know HTML, CSS and JavaScript. Check out the Knowledge base on the homepage for some resources, and join the Discord. The dev community is awesome!
0 Likes

Quoting: FelixHow does this compare to MapTools?

It is similar in that it's self-hosted. But FVTT is built on modern web technology and players aren't required to install anything, they just connect with a regular browser.

The FVTT Discord has seen a number of MapTools converts. I do think FVTT offers better performance and a lot nicer lighting system. It might not match MapTools in map making from scratch (not sure how that works in MapTools), but it has drawing tools and tiles (check the KB for more info).

FVTT has 70+ systems and 500+ modules, it's incredibly developer friendly. If some functionality isn't in core, it's very likely someone made a module for it!

MapTools is free and open-source. FVTT is neither. The 5e system is though. Core FVTT has a closed source server backend, and the frontend is technically open source but not free software.
0 Likes

TTS is amazing, but it needs a really strong graphics card. I like the idea of FVTT, but if I have to import and build everything myself, I'll be sticking to the workshop support in TTS.
0 Likes

View PC info
Due to the 'rona, three of my four Pathfinder groups (yes, I'm the DM in all of them) moved over to online (and one is on hold). Specifically, Roll20, since I've had experience with that.

In one, we've recently migrated to Foundry. So far, I'm actually pretty happy with it. There's a lot feature there that I miss in Roll20, and development is very active (which Roll20 is, unfortunately, not).

In case you're in the same boat, here's a few highlights of the top of my head:


On the other hand, a few things still need more love:

QuoteCan't "warp" players to another, disjunct part of the map (through walls, etc.) without them traveling the distance inbetween and uncovering parts of the map I don't want them to see

The trick is using cut and paste on the token, Ctrl+X Ctrl+V 😊

If one wanted to create automatic warp points, there is the Multilevel tokens module.
0 Likes
1/2»
While you're here, please consider supporting GamingOnLinux on: