What have you been gaming on Linux recently? Come have a chat

It's been a little while since we had a community-chat post to round-up what you've all been gaming on Linux lately, so let's have a chat shall we.

We're all a bit spoilt for choice thanks to the likes of native Linux games, Steam Play Proton, cloud game streaming, lots of great emulators and more that you can all do right on Linux. This often makes choosing a game to play rather difficult doesn't it? It does for me.

I end up quite often going back to what I see as comfort games, those that you can just repeat over and over and you know them well, like a gaming comfort blanket with the likes of XCOM 2, Counter-Strike: Global Offensive, Streets of Rogue and others but there's a new one in my own personal list: Ziggurat 2 which released into Early Access with Linux support in late October.

Milkstone Studios seem to have crafted an absolutely magical first-person dungeon crawler, that I can quite easily see myself putting hundreds of hours into. There's something so supremely satisfying about running around a room waving a wand or a staff around, unleashing powering magics on somewhat freaky enemies (like those damn running carrots). When you get into the boss battles, it really gets your blood flowing too.

Over to you in the comments: what have you been gaming on Linux lately? Let us know what you've newly discovered, what you keep going back to and more.

We do often include affiliate links to earn us some pennies. We are currently affiliated with GOG and Humble Store. See more here.
About the author - Liam Dawe
I am the owner of GamingOnLinux. After discovering Linux back in the days of Mandrake in 2003, I constantly came back to check on the progress of Linux until Ubuntu appeared on the scene and it helped me to really love it. You can reach me easily by emailing GamingOnLinux directly.
See more from me
Some you may have missed, popular articles from the last month:
The comments on this article are closed.
92 comments
Page: «2/10»

The work done by the vkd3d-proton team has been outstanding. All gamers in this community (with the right Hw of course) should give it a go. I'm in doubt now on going for the platinum or not.
0 Likes

View PC info
For me it was Spintires. Runs great with Proton 4, but not with 5.
1 Likes, Who? 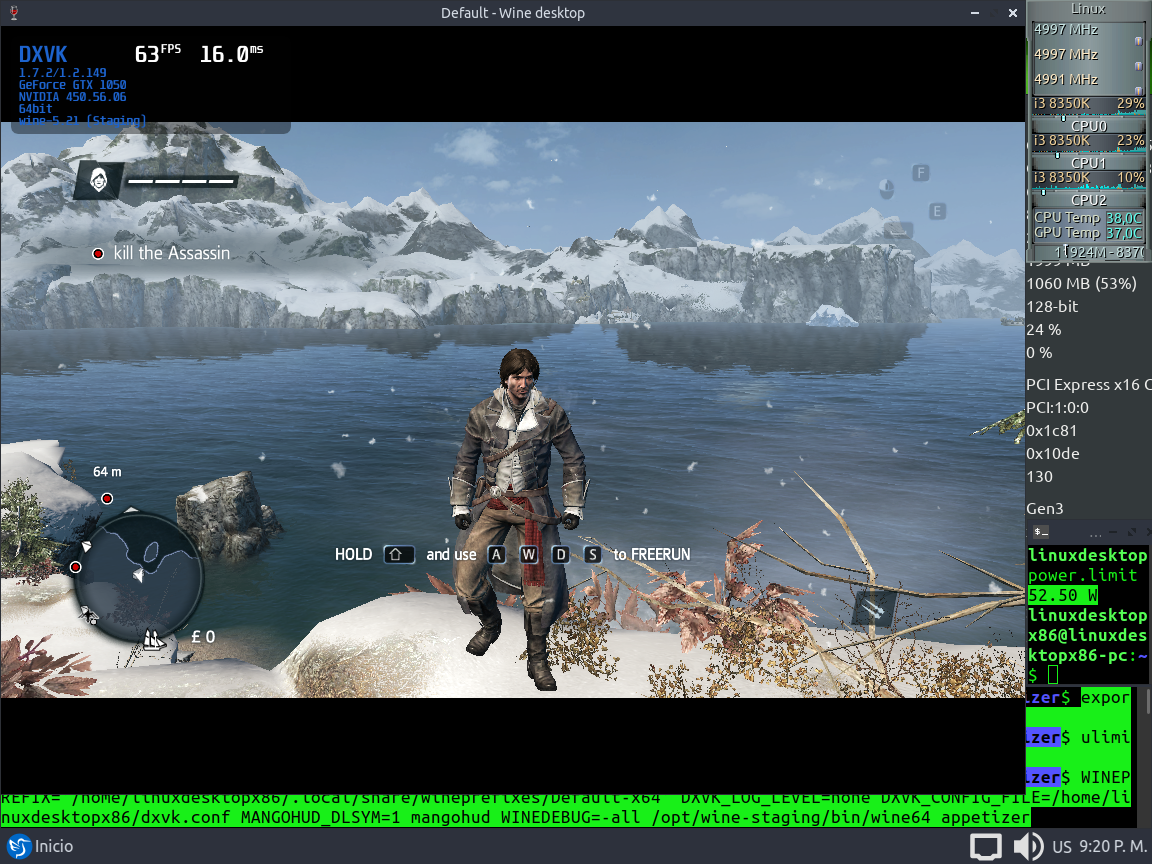 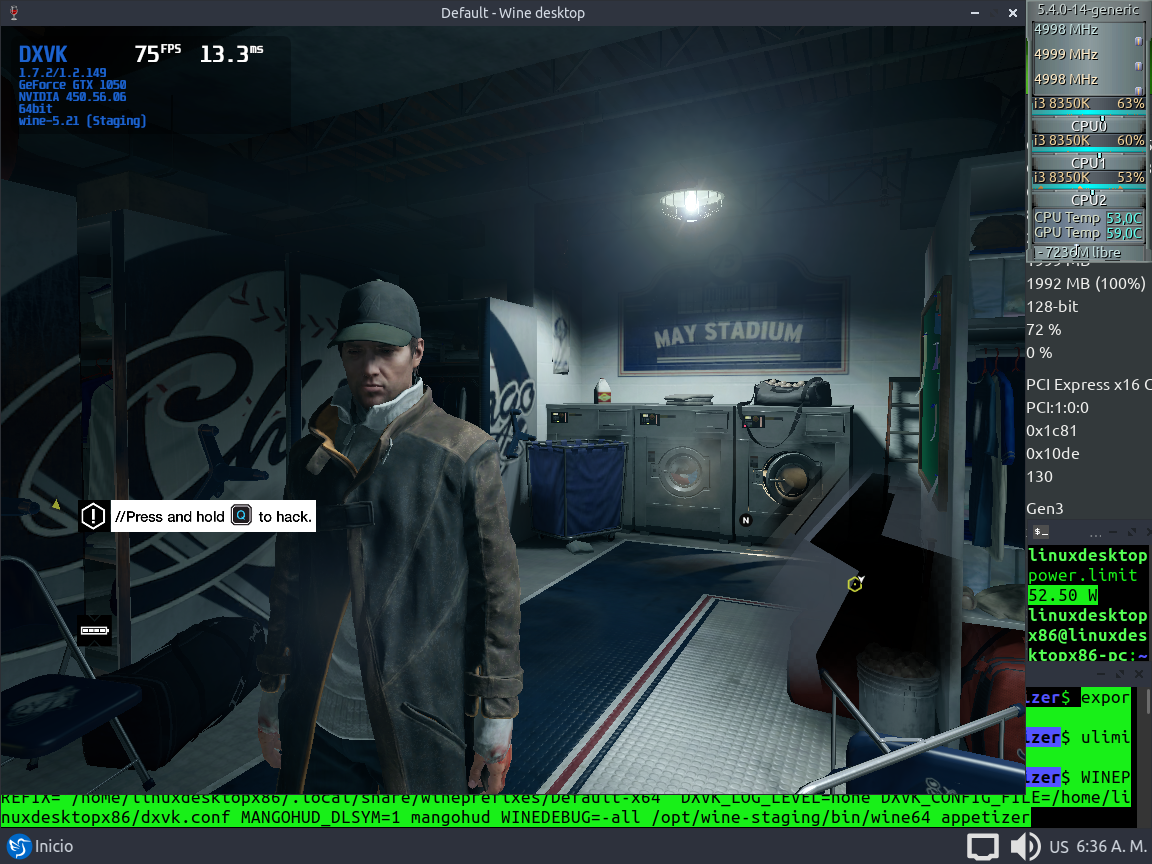 Some itch.io games from the big bundle. I may buy a controller for them. Maybe the switch one.

Out of the depth but I don't understand much. It commes out of early access yesterday or something like that so I decided to give it a try.

Amoung Us (Proton) with friends. I don't think that the game deserve that much attention, but, hey, I can't keep relationship with 9 friend that I were slowly loosing so that's nice I guess
0 Likes

View PC info
My 2020 has a lot of Emulation on Snes and Megadrive, but... Favourites: Xenocrisis, Wrath, Into The Breach, Tonight We Riot, Carrion and Disc Room. I love it.
2 Likes, Who?

View PC info
I have been playing a fair bit of Elite Dangerous and am looking forward to 2021 when its 2nd expansion should bring space legs to Elite.

I also have finally started a play through of Torment: Tides of Numenera, its pretty good so far though Im only upto what I assume is the first hub area / town. Its fairly text heavy like and I have been spoiled by the amount of voice acting in other recent RPG's but Im sure I can get over that.
0 Likes

Quoting: ZlopezI was playing Torment: Tides of Numenera, it's really good RPG with a deep story.

Loved this one, but they could have made so much more of it with a bit more time and money.

If any RPG deserves the place as spiritual successor to Planescape: Torment it is so much more this than TToN :-). I'm honestly not quite sure if Disco Elysium shouldn't replace Ultima VII as my all-time favorite RPG. I've great hopes for more good things to come from ZA/UM.

Quoting: LordDaveTheKindKingdom Come: Deliverance. Let me get this straight: the game is borked like hell, and not because of Proton.

Wonder if the latest patches introducing mod support did more harm than good there. I played it shortly after it came out and it was smooth sailing, except for some stability issues I attributed to certain DXVK versions. Considering the budget and that it was developed by a new studio I thought it was quite brilliant. Certainly rough, but it was the first game where I saw some of the qualities of Ultima VII realized in a modern 3D game.

As for myself: art of rally and Pendragon, but I'm at a point now where I have enough of both.

art of rally was lots of fun with the slower cars, but I find it gets fairly demanding with the fast ones. It's still not that hard to beat the AI, but it's not as relaxing to play. But boy did that put a smile on my face whenever I managed to pull off a spectacular drift!

I have finished Pendragon a couple of times, but have yet to unlock all characters, not to speak of actually starting a playthrough with each of them. I did like its minimalism, but unless you're a die-hard strategist, I don't think it offers as much replayability as advertised.

View PC info
Buy and Play Avorion
I am still learning, but having a great time
2 Likes, Who?

View PC info
Clearing my (huge) backlog of bought and yet not played games I'm currently playing through Opus Magnum. Indeed highly addictive!
2 Likes, Who?
«2/10»
While you're here, please consider supporting GamingOnLinux on: