It's free, it's open source and it's absolutely awesome. Mindustry just had an almighty update bringing with it huge changes and it's just as awesome as ever.

While the basics somewhat resemble Factorio for the factory building and production lines with elaborate supply chains of conveyor belts everywhere - that's really where the similarities end. It's much more about strategy and getting into the action of it all. It is quite easily my favourite open source game, as I wrote about before.

The Mindustry 6.0 update is out now after around nine months of development. This massive release brings with it a total overhaul of the campaign mode, which now takes place across different sectors of a planet. There's a mixture of hand-made maps and procedural generation too. It has 260+ procedural sectors, along with 16 special "landing zone" sectors. You don't need to play through them all though, as plenty are optional. Now planetary sectors will produce resources for you in the background while you play in others, many have enemy bases you need to destroy to capture them, resources can be moved between them, you can be invaded if you don't destroy enemy bases and they plan to add more planets in future. Mindustry is now a massive game. That's just the campaign too, the rest of the game was expanded and overhauled too.

The unit system was reworked with all unit sprites being redone and cleaned up, there's new unit types along with three different factories for ground, air and naval along with players being able to control all built units directly. Tons of new blocks where added, a logic system was implemented, new maps, new music, new sound effects and the list goes on. 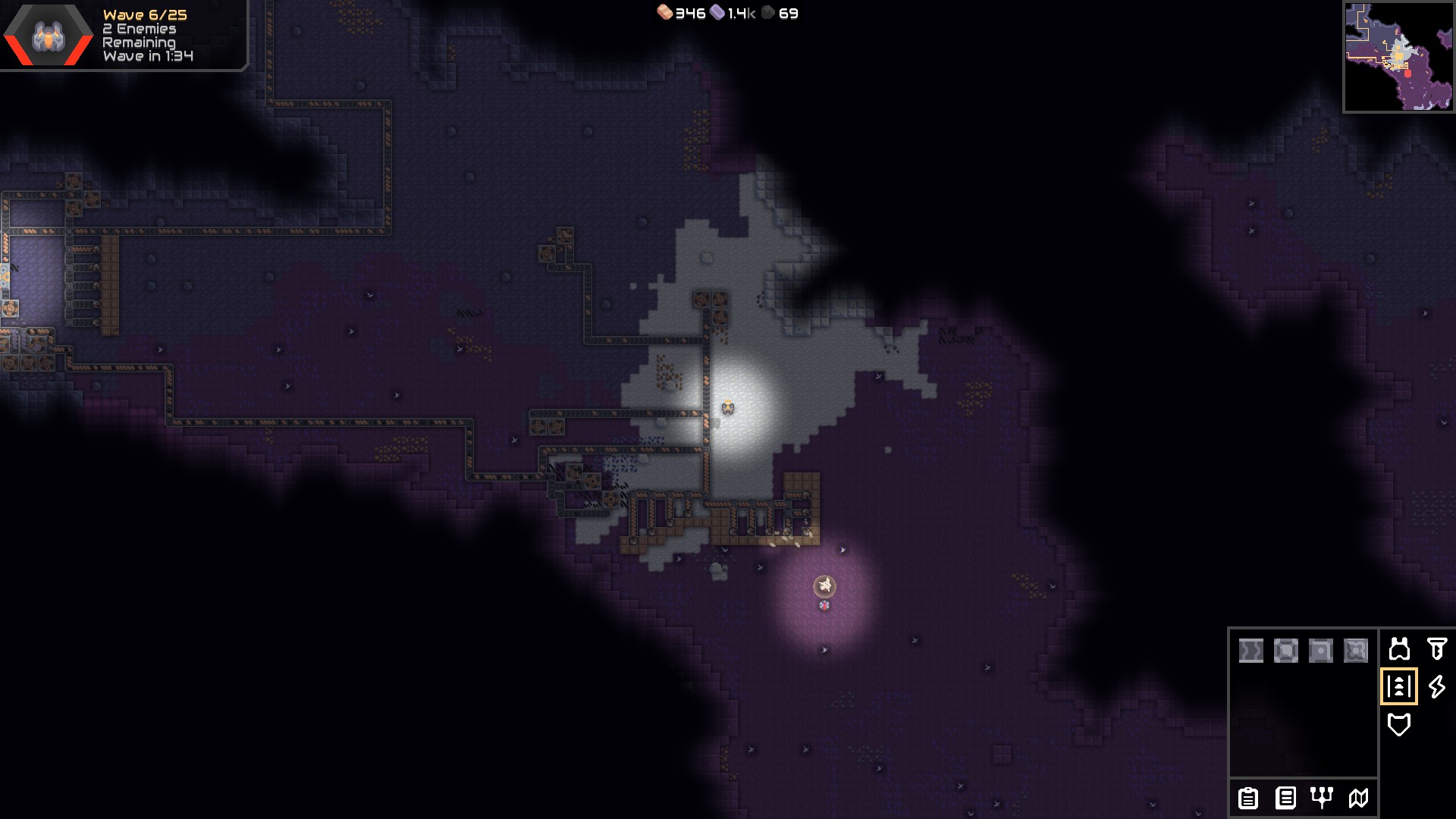 You can grab Mindustry free from GitHub, itch.io (you can donate too), the Snap store, Flathub or buy it on Steam which has some extra Steam features.