Plenty of AMD news announced today during the digital CES event, with new CPUs and GPUs on the way for this year including the Ryzen 5000 Series Mobile CPUs and RDNA 2 GPUs.

Much like Intel with their newly announced 11th Gen Intel Core H-series mobile processors, a big focus for AMD is on notebooks as well as the desktop. AMD wants to take the performance crown here, with the Ryzen 5000 Series Mobile CPUs - this is Zen 3 going properly mobile. AMD are claiming an "up to" 16% increase in single-threaded performance and "up to" 14% for multi-threaded over the previous generation. 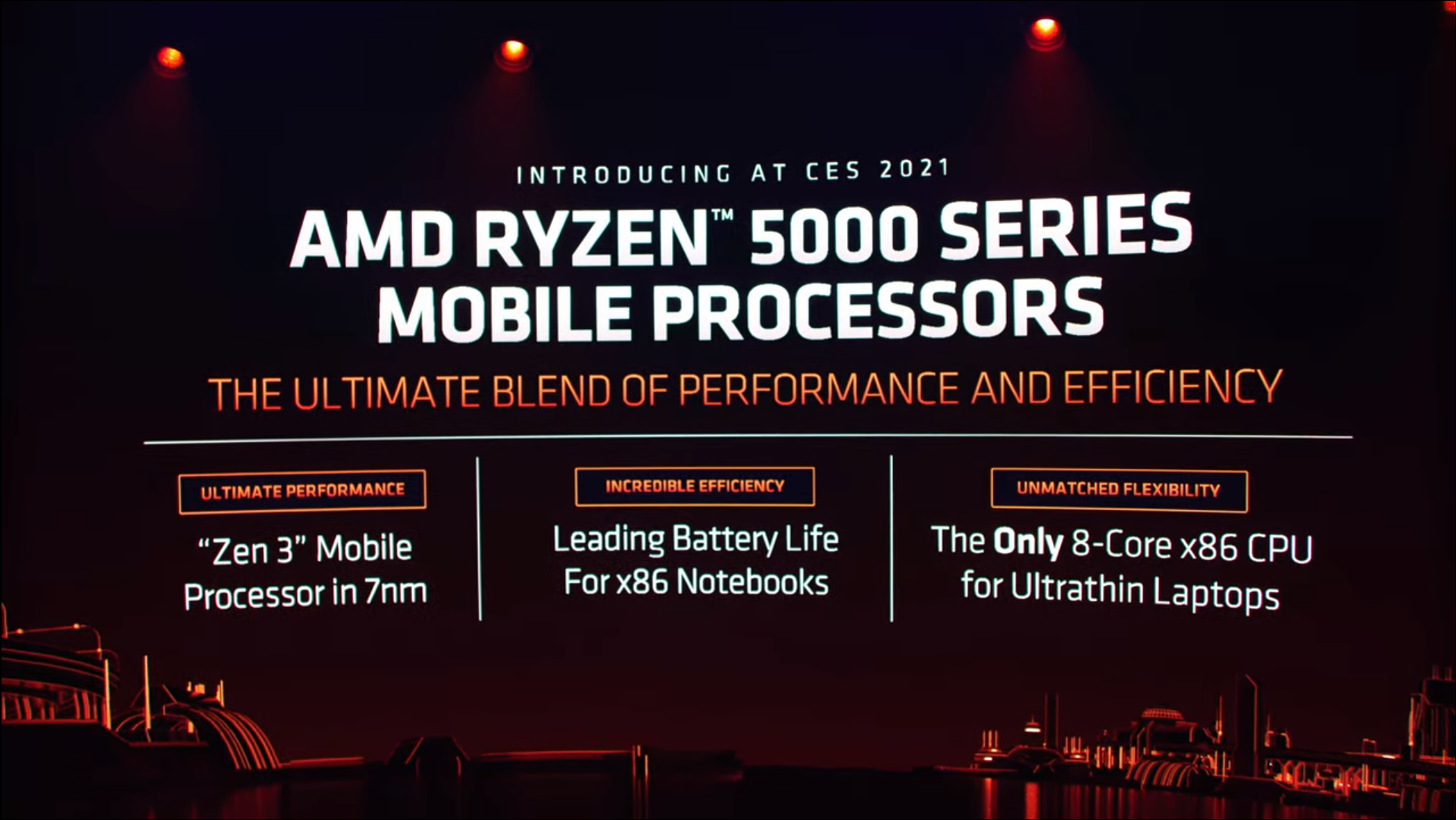 “As the PC becomes an even more essential part of how we work, play and connect, users demand more performance, security and connectivity,” said Saeid Moshkelani, senior vice president and general manager, Client business unit, AMD. “The new AMD Ryzen 5000 Series Desktop and Mobile Processors bring the best innovation AMD has to offer to consumers and professionals as we continue our commitment to delivering best-in-class experiences with instant responsiveness, incredible battery life and fantastic designs. With our PC partners, we are delivering top-quality performance and no-compromise solutions alongside our record-breaking growth in the notebook and desktop space in the previous year.”

Here's what was newly revealed today for mobile chips:

Coming along with that, AMD also announced some new desktop chips coming too, however these new reduced TDP models will only be available to system builders it seems:

Also very exciting is the upcoming additions to RDNA 2, AMD's next-generation GPU architecture. AMD confirmed today that RDNA 2 will be coming to gaming notebooks next, with new "mainstream" desktop GPUs based on RDNA 2 to follow along. Both of which are being targeted for a release in the first half of 2021. No real extra info was given out on these RDNA 2 GPUs today though other than the vague window of when to expect them. 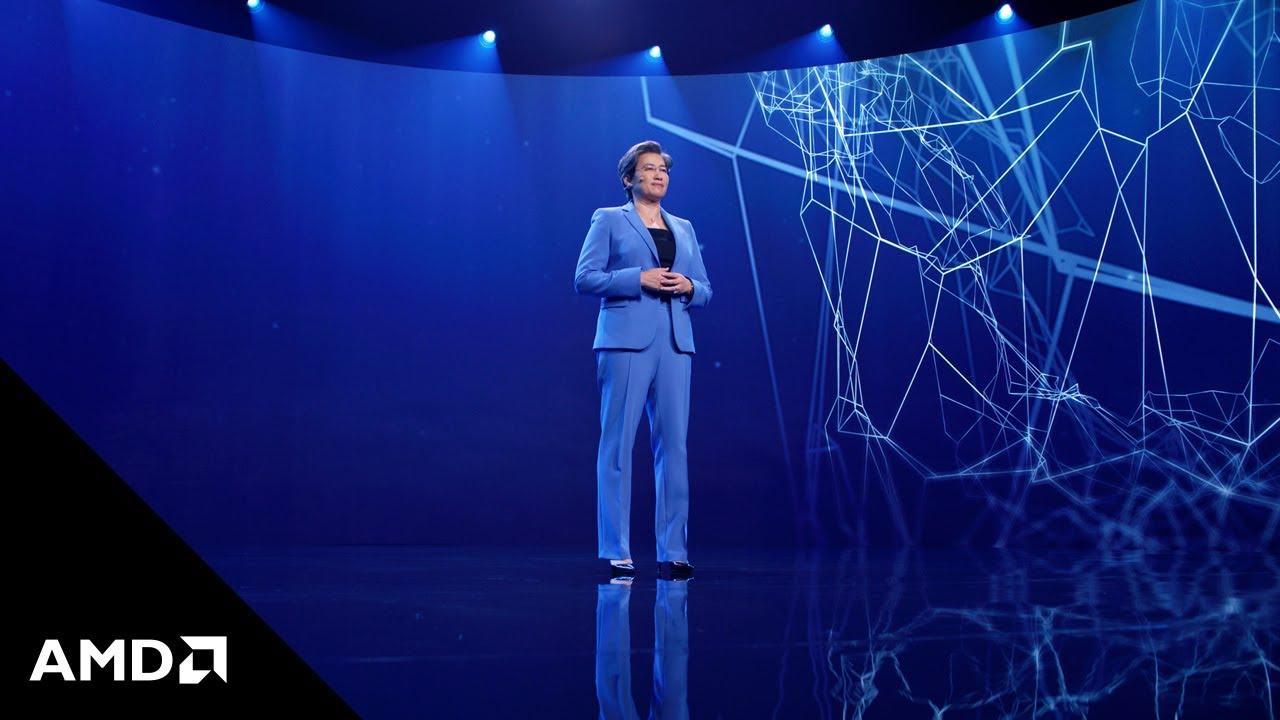 YouTube videos require cookies, you must accept their cookies to view. View cookie preferences.
Accept Cookies & Show   Direct Link
Article taken from GamingOnLinux.com.
Tags: AMD, Hardware, Upcoming
21 Likes, Who?
We do often include affiliate links to earn us some pennies. We are currently affiliated with GOG and Humble Store. See more here.
About the author - Liam Dawe

Quoting: ArehandoroI'd be more than interested in building a mini server with the AMD Ryzen 7 5800U 8C/16T Up to 4.4 / 1.9 GHz 20MB Cache and 15 DP Watts. Trying to reduce my energy footprint while still enjoying most of the new features, but I guess there won't be a generic (mini itx) MoBo for that kind of mobile CPU :(


I lucked out and found a DFI industrial itx board on ebay for $100. The Dual core 15W R1505G isn't going to win any awards but it's still Ryzen and serves just fine as an always-on machine. Currently rocking 20GBs of ram and a 500GB NVMe + a 1TB Sata ssd. It's the control plane (master) of my cluster.


The 8 core 35W 4750GE enticed me but I cannot find one for sale at a reasonable price. I'd likely have put such a CPU in an itx board or the Asrock Desk Mini. Right now I'm hoping some Atari VCS's will end up on ebay so that I can have more (hopefully cheap) ryzen machines to cluster.

There are plenty Atari VCS's on ebay last I looked. A lot of people ordered multiple units hoping Atari Fans would pay a premium...
0 Likes

I've been looking, but they're not quite to the price level I want yet ($250+ for a dual core with hyperthreading?). In addition, most are being sold with controllers. I'm actually glad attempts to scalp this product seem to have backfired.
0 Likes

Quoting: ShmerlDidn't AMD actually work on mining focused cards (Arcturus)? They should release something like that already, so miners would leave gaming cards alone.

Arcturus is the Instinct MI100.
0 Likes

Quoting: drlambArcturus is the Instinct MI100.

It mentions "blockchain SKU" (it says it's Navi 10). Nothing like that came out so far.

It would be good for AMD to release such cards, so cryptominers will stop bugging gamers with inflated demand.

I've been looking, but they're not quite to the price level I want yet ($250+ for a dual core with hyperthreading?). In addition, most are being sold with controllers. I'm actually glad attempts to scalp this product seem to have backfired.

The controllers are pretty nice. Though it does seem people are finding odd issues, like slightly angled left analog stick on the 'Modern' controller, and some have found the metal bar missing in the 'classic' I couldn't help but wonder if someone on the assembly line was just like 'whatever, just ship it!' As they had said one of the reasons for the latest delay was there were some parts for the joystick they were having a difficult time sourcing.
0 Likes
« 1«4/4
While you're here, please consider supporting GamingOnLinux on: