Unvanquished is a free and open source first-person shooter that blends in elements of a strategy game, it's a bit like Natural Selection and they're in the process of doing a big new release.

"Unvanquished is a free, open-source first-person strategy game shooter, pitting technologically advanced human soldiers against hordes of highly adaptable aliens. Players can choose from either team, providing for an entirely different experience on both sides, as humans focus on long-range firepower while aliens rely instead on quick movement and stealth. The goal of each match is to destroy the enemy base, preventing members of the opposing team from spawning. Upgrades for both teams are earned by a combination of individual performance and team map control, unlocking access to more powerful weapons and equipment for the humans, and larger, more ferocious forms for the aliens."

For the latest small release, they've produced a brand new launcher that will keep the game nicely up to date and enabling Linux users to easily launch the game. In addition to the brand new launcher, they also put up a hotfix that was needed due to some library changes stopping it launching on Linux. 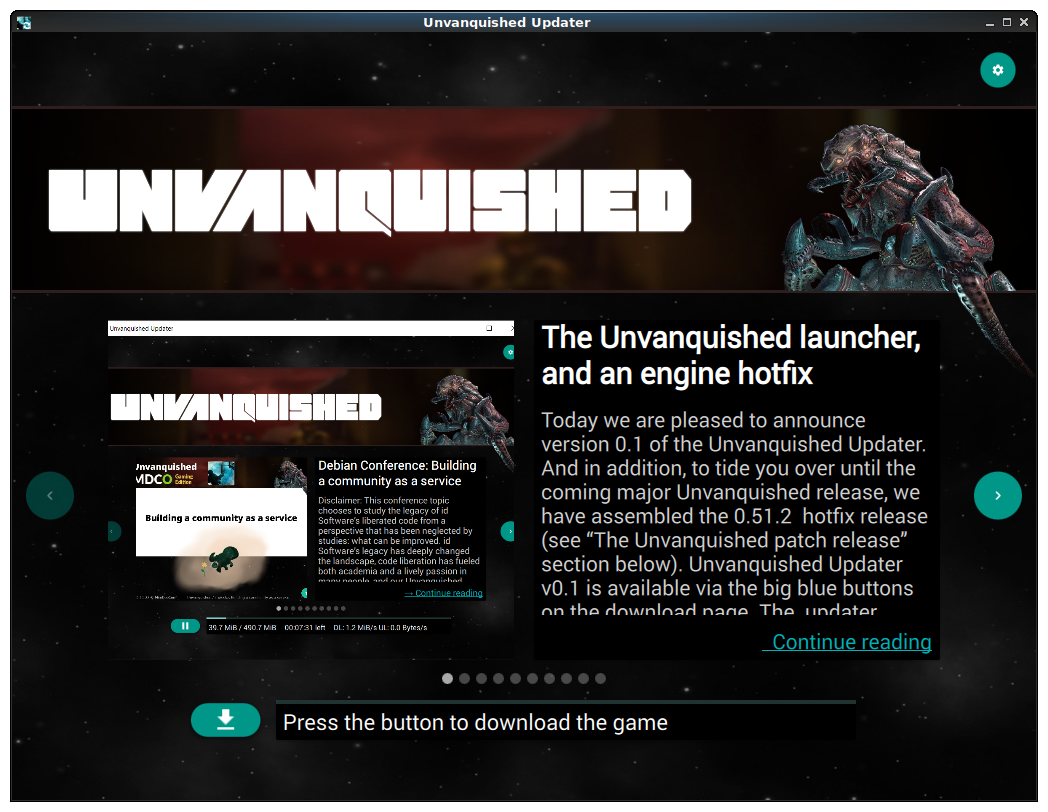 Joining servers is also now easier than ever, as they've introduced a unv:// URL opener which is hooked up to their official server list on the website. So clicking a link will open it in the game and get you right into the action.

Other recent fixed include:

The team is also getting much closer to the big 0.52 release, which should be in a better player experience. Good to see it still alive and doing well.

View PC info
Anyone has an easy to follow guide to host your own server for this?

View PC info
had never heard of this until now will check it out
0 Likes
While you're here, please consider supporting GamingOnLinux on: