Simple GOG client for Linux 'Minigalaxy' has a small update out

While GOG continue dragging their feet on supporting Linux with GOG Galaxy, you can use the useful Minigalaxy client which is free and open source.

It works pretty great too, doing the majority of what you need with downloading and installing games you own from GOG onto your Linux installs. Minigalaxy 1.0.1 is mainly a bug fix release following on from the stable build that went out late in November 2020. 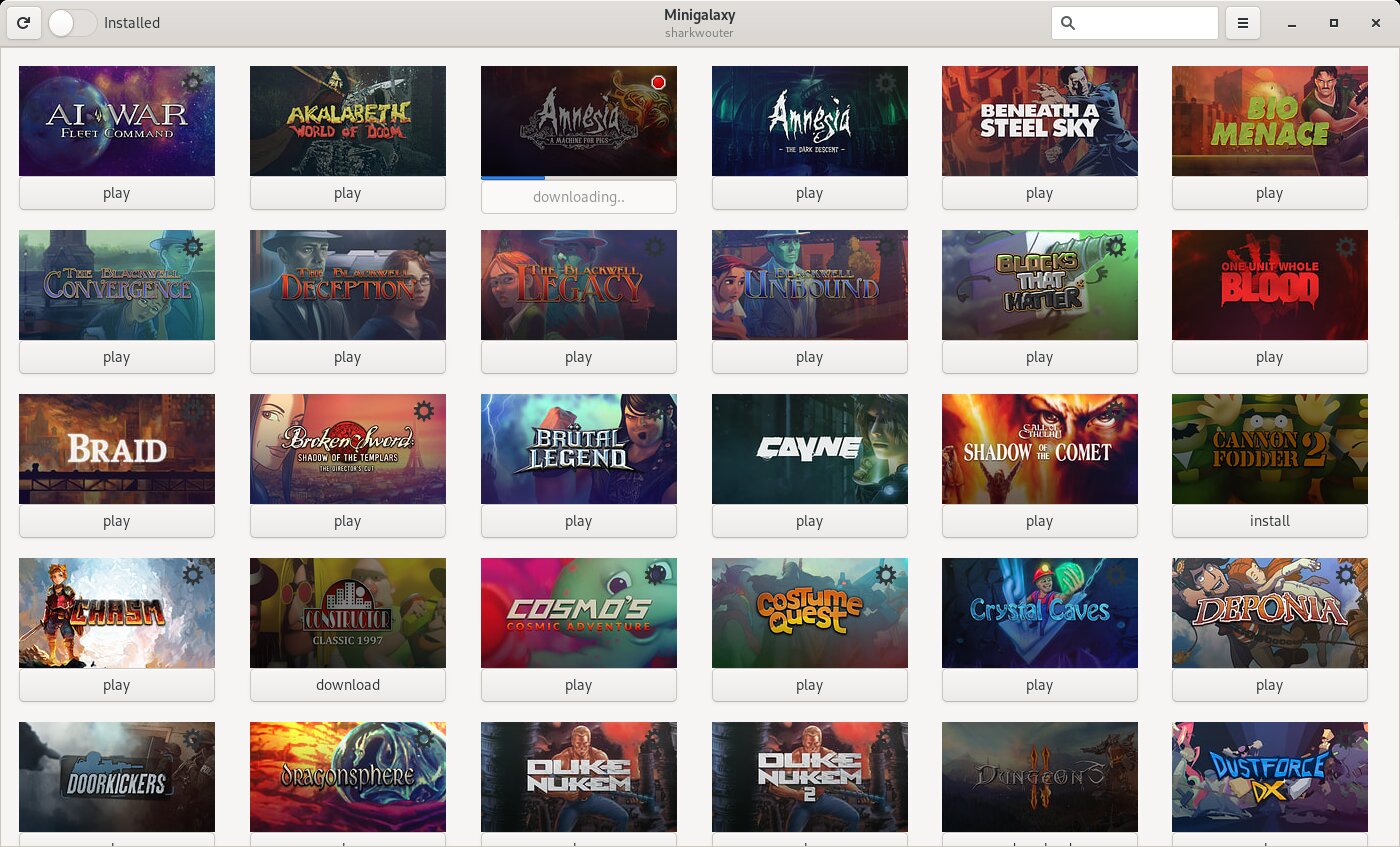 It can be used for both supported / native Linux builds, and you can also install Windows versions with the Wine compatibility layer. You can also set it to use your system build of DOSBox and ScummVM for those titles GOG have that use them. Overall, it's much nicer than manually downloading and keeping things up to date individually.

You can grab Minigalaxy from GitHub.

View PC info
It is available also on flathub

I'm using the Flathub version for some time and I'm missing the Wine support, but as far as I know the maintainers on Flathub are working on the solution for this.

For anybody interested, you can watch the progress here.

Aha! nice.. I guess that's what I'll have to use for now .. unless I decide to upgrade to Mint/Ubuntu 20 sometime soon
0 Likes

View PC info
I tried it a few weeks ago, it's an elegant way to play gog games on Linux, especially with the update notification ( curious if you still need to redownload the whole game for updating it ).
If I remember correctly gamehub offers wine and proton support for Windows games.
A nice addition would be to having a way to sync/backup the game saves.

I personally use lutris to have an all in one app, in addition of wyvern for my got games.
0 Likes

View PC info
Does it still crash Darkest Dungeons? Every time I run the game from the launcher the game hang 5-10 min in. Apparently the game has this problem with steam overlay.
0 Likes

Quoting: on_en_a_grosI tried it a few weeks ago, it's an elegant way to play gog games on Linux, especially with the update notification ( curious if you still need to redownload the whole game for updating it ).
If I remember correctly gamehub offers wine and proton support for Windows games.
A nice addition would be to having a way to sync/backup the game saves.

I personally use lutris to have an all in one app, in addition of wyvern for my got games.

The update situation for gog games is a bit of a mess. As there is no official galaxy client for linux, there is also no game depots with diff patches (though in windows it also depends on the game) as such the only way to update is by installing the game again, or in the very few cases where linux patches are available and you have installed a patchable version you can do that.
Minigalaxy, my own fork (and other non wine clients) just monitor the installed version (gameinfo files) against the latest version and show you an icon if there are any updates for your installed games. Doing an auto-update feature is easy as long as you are okay with some hefty downloads.

Cloud saves is also a problem because that api is not public and depends on a game developer only galaxy sdk (that exists only for windows and osx). Although it might be possible to hack the api success would probably depend on whether or not you play cross-platform and the saves themselves are not os dependent.
0 Likes
Zlopez 8 Jan, 2021

FWIW, it's in the Fedora updates repo.

I'm using Fedora Silverblue, because I like the concept of it. So I prefer flatpaks where available. :-)
0 Likes
1/2»
While you're here, please consider supporting GamingOnLinux on: