One of the features Google talked about early with Stadia is finally coming and that is State Share. Allowing players to share specific playable moments of captures and it's launching with HITMAN 3. This is another tick in the box, finally, of nearly all the features promised by Google for Stadia well over a year after launch.

It sounds like a pretty fun system too, with the Stadia team saying it "turns a normal image or video capture into a portal to a unique game experience" and that "By embedding a game state within each capture, sharing gameplay for others to watch is transformed into a chance to try a playable slice of the game yourself. Each game state is defined by specific gameplay elements like player loadout, objectives, and difficulty, and trying each one is as easy as clicking a link". 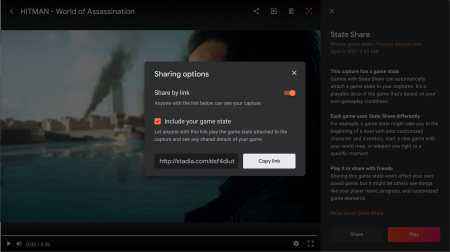 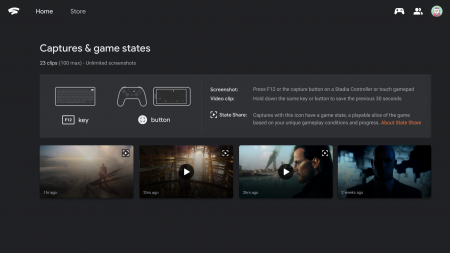 Mechanically simple for actual users too which is the important part. Needing you to only capture a shot or video using Stadia's built-in features, allowing you to then (in supported games) turn it into a State Share link to send onto anyone else. From there, people with the link can then jump into the action at that moment if they own the game on Stadia. Each game will vary on what exactly it does.

For HITMAN 3 the Save State will allow:

State Share will be supported in HITMAN 3 as the first title on Stadia when it launches on January 20. The Stadia team expect more titles to support it through 2021.

Article taken from GamingOnLinux.com.
Tags: Stadia, Game Streaming, Google, Upcoming
7 Likes, Who?
We do often include affiliate links to earn us some pennies. We are currently affiliated with GOG and Humble Store. See more here.
About the author - Liam Dawe

View PC info
An interesting feature for sure!
0 Likes

denyasis 19 Jan
View PC info
Yeah. I can see it behind super useful for players challenging each other to beat a segment in Better way out even helping something who is stuck.

I see potential for it to be an interesting debugging tool as well. Like sending in save file, but since it's the cloud....
0 Likes
RandomizedKirbyTree47 20 Jan

Is this feature going to be free or is it only for Stadia Pro users?
0 Likes
While you're here, please consider supporting GamingOnLinux on: