Portal 2, the classic first-person puzzle game from Valve available on Steam, just had a huge upgrade come out of nowhere along with Vulkan API support powered by the DXVK project.

To stop any rumours: no, this is not Source 2 or anything of the sort. Portal 2 by default uses Direct3D 9 on Windows and OpenGL on Linux. For the Linux version, original Source engine games like this used a translation layer called ToGL to translate D3D9 to OpenGL.

With this update it now includes a special native build of DXVK along with some extra dedicated Source tweaks, which allows you to run Portal 2 with "-vulkan" as a launch option to switch it over to Vulkan. It might give you better performance depending on your setup, although the OpenGL build already performed quite well overall. 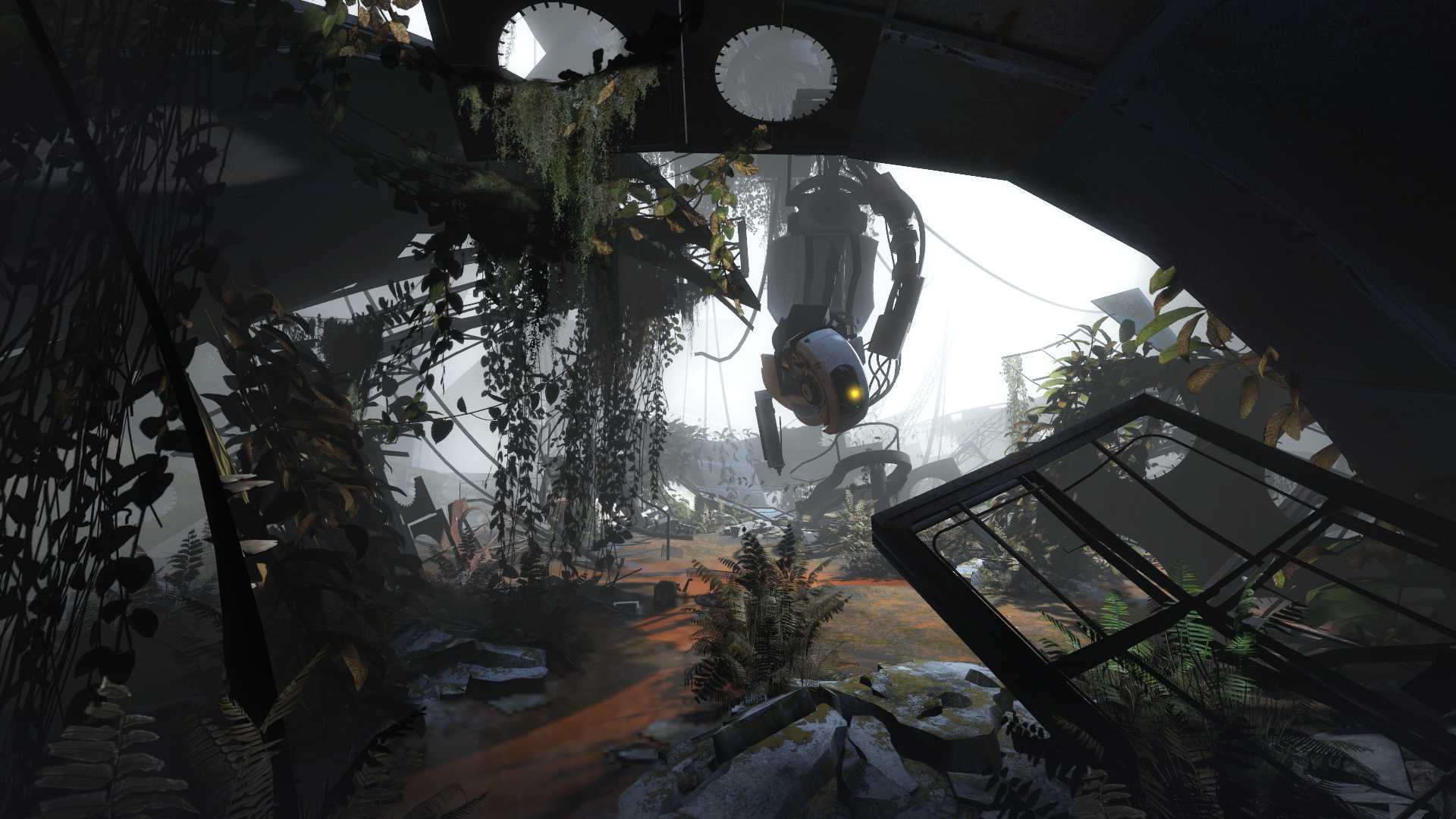 That's not all though, there's a lot more included in this update. For the Linux version it's especially great, as there's a few very specific fixes done for us including: it actually has an icon now, a Linux startup crash was solved, they fixed a credits corruption on Linux, a few intro videos weren't playing on Linux, BEEMod should work better on Linux and the game should no longer appear in the top left corner of the screen for some Linux players.

Apart from that, here's what else has changed:

Improvements:
- Improved compile time for Perpetual Training Initiative puzzles.
- Improved advanced video settings descriptions.
- Made the game Hi-DPI aware.
- Smarter default video settings.
- Improved resolution of player avatars throughout the game.
- Players can now be invited to play co-op on controller.
- Button text contrast and padding has been improved when using a controller.
- Implemented a 360° Spin action.
- The portalgun is now correctly affected by dynamic lights (projected textures) in the scene.
- Improved client-side prediction for coop play.
- Added the ability for workshop levels to pack particles into their map with a particles/map_manifest.txt
- Misc. rendering optimizations.
- Removed the "Trading Coming Soon" button.
Bug Fixes:
- Fixed a crash in the PeTI if you placed a light strip above a laser catcher on the floor and linked it to a fizzler.
- Fixed the fizzler not playing the retract animation when turned off in new PeTI maps.
- Fixed being able to copy 'uncopyable' items in the PeTI leading to invalid/broken levels.
- Fixed some items in PeTI not maintaining their portalability state when expanding the chamber boundaries.
- Fixed a crash if PeTI avatars could not be retrieved.
- Fixed Cave Johnson's lines not progressing when playing queued workshop levels.
- Fixed a memory leak that could occur when changing levels.
- Fixed a bug where you could no longer ping/taunt via mouse/keyboard if you have ever used a controller.
- Fixed the ping menu being visible when quick pinging on controller.
- Fixed the game instructor not respecting input types for respective players in split-screen mode.
- Fixed rumble not being respected for respective players in split-screen mode.
- Fixed the wrong avatar being used if playing coop after playing a workshop level.
- Fixed the OnFiredPortal2 output not firing.
- Fixed some text being duplicated on the screen multiple times.

Article taken from GamingOnLinux.com.
Tags: Puzzle, Steam, Update, Vulkan | Apps: Portal 2
44 Likes, Who?
We do often include affiliate links to earn us some pennies. We are currently affiliated with GOG and Humble Store. See more here.
About the author - Liam Dawe

QuoteYou can buy and play Portal 2 on Steam.

Funny. We all know that Sin is the last person in the world that hasn't played the Portal games.

Ok, now I really want a Portal 3. There really hasn't been a co-op game like Portal 2 in all these years!
5 Likes, Who?

Tested it myself, and the difference on my hardware was about the same. Weird you see such a big difference.
0 Likes

View PC info
Just played through Portal 1+2 again 2 weeks ago.
It's so smooth on Linux (AMD OSS), fast and no artifacts.

Not sure why this work seemed useful to Valve.
Maybe for MacOS support without OpenGL through MoltenVK

View PC info
Maybe the Stadia servers only support Vulkan and the recent announcement of Google signifies some sort of deal being struck with Valve? *pure speculation*
1 Likes, Who?

Tested it myself, and the difference on my hardware was about the same. Weird you see such a big difference.

View PC info
I think this is a case for test if DX9 -> Vulkan can perform similar / better than DX9 -> OpenGL.

If the first case is correct, I expect to see similar updates with other Valve games, as well as this option inside the game options instead of a launch parameter.
0 Likes

fagnerln 19 Feb
View PC info
I hope that they change the CSGO too, the FPS oscillate so much
0 Likes

Quoting: JuliusMaybe the Stadia servers only support Vulkan and the recent announcement of Google signifies some sort of deal being struck with Valve? *pure speculation*

That would be golden, like geforce now, but on Linux with valve catalogue, one of the best combinations for us.
0 Likes
1/3»
While you're here, please consider supporting GamingOnLinux on: