Ready to find your space legs again and perhaps even return to Earth? Egosoft have released the big 4.00 update for X4: Foundations and the massive X4: Cradle of Humanity expansion is also out now.

Egosoft say the 4.00 free update is the most extensive post-release addition yet bringing in the likes of Terraforming, new options for managing hostilities, improved fleet control, a new emergency eject feature, volumetric fog to make space a bit more prettier and interesting, a new messaging system for communication with important NPCs, escort missions, an option to declare war on another faction and so much more. Honestly it's huge and you can see the hundreds of changes in this post.

Also check out the launch trailer for the X4: Cradle of Humanity expansion out now too below: 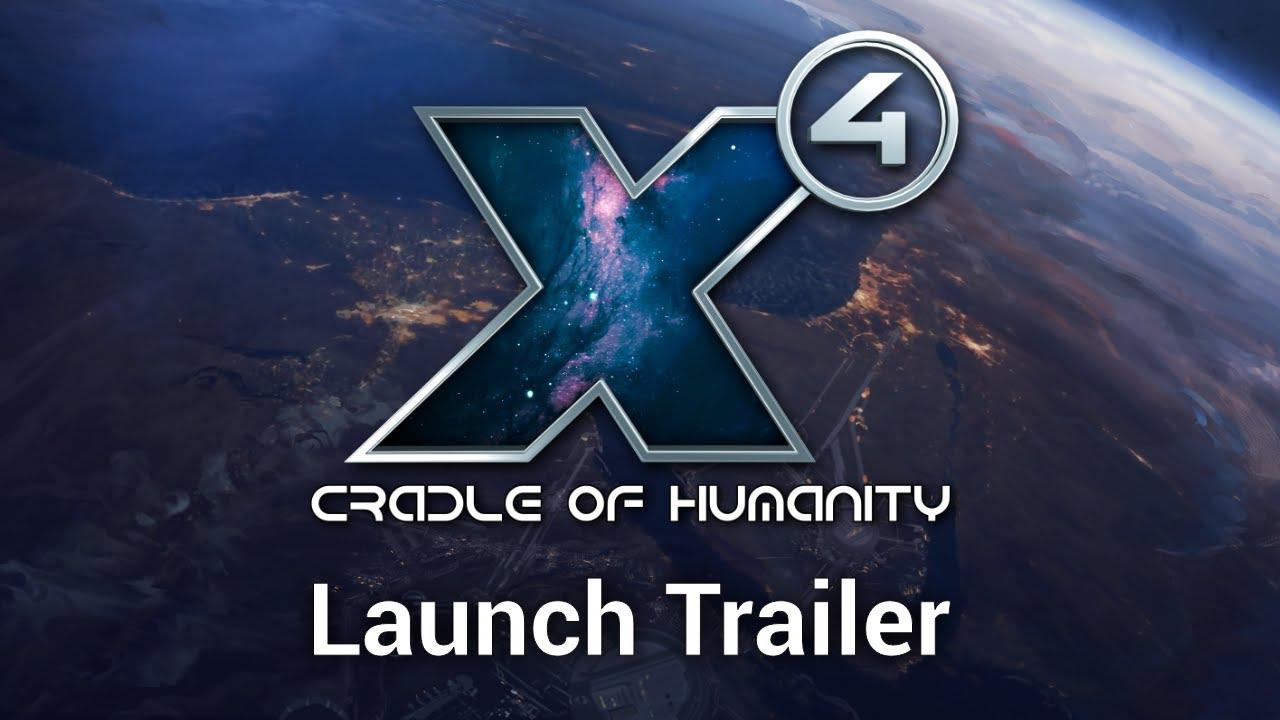 This second expansion brings the X series back to Earth while significantly expanding the X4 universe with new sectors, new Terran factions and their economies, ships, weapons and stations. There's also new options for starting your game plus new storylines, cut-scenes, character models and the list goes on.

Edith says: Wrote a more elaborate article on this at https://beko.famkos.net/2021/03/17/x4-cradle-of-humanity-for-linux-and-gog/

View PC info
Looks great. Will pick this up if I can ever find a 30 series graphics card.
2 Likes, Who?

Quoting: KohlyKohlLooks great. Will pick this up if I can ever find a 30 series graphics card.

I play it with a 1070Ti and I can play it well.
It is more important to have a CPU with good single core performance.
0 Likes

But it is nice, that you share that info.
0 Likes


Be assured that this was the last time that I bought a "recent" game at GOG. I'm so tired of this. It's like this with _every_ freakin patch X4 (or similar) get. I can be happy when I get stuff within the same month.
1 Likes, Who?

View PC info
I picked this game up with the 40% off sale on steam. Runs great!
0 Likes


Be assured that this was the last time that I bought a "recent" game at GOG. I'm so tired of this. It's like this with _every_ freakin patch X4 (or similar) get. I can be happy when I get stuff within the same month.

I bought 3 games on gog in the winter sales to support both GoL and DRM free alternatives. The fact that you loose some fonctionality and that you have to wait for some major updates irritates me a lot. I don't really see a reason to buy Linux DRM free games and install them through wine and fog galaxy to have a decent experience. Same as you I will use gog for good OLD games and steam for the rest.

And topic related,I would love to dive into x4, but sadly I have less and less time to play

View PC info
Played about an hour last night with a new start from the Terran empire, you really need to pay attention to what's said and make sure you know or find where your keybindings are. Runs great and a lot of fun so far, starting new is certainly a different experience with just the one ship where you're rather lowly.
0 Likes

Quoting: SuperTuxstarting new is certainly a different experience with just the one ship where you're rather lowly.

One of the most fun aspects for me (when playing in 3.1, but no doubt this is still the same) was starting in a little ship doing some mining or patrolling maybe.
And then upgrading to the next big category of ship. Standing in those giant space docks, seeing how your new ship dwarves your old one from the perspective of a human-sized person.
And then repeating that through all the size categories.

I wasn't quite sure what the point of first person would be in a game like X4 that doesn't actually do much with it. Well, that epic sense of scale is certainly a good point.
2 Likes, Who?

- Gilboa
0 Likes
1/2»
While you're here, please consider supporting GamingOnLinux on: