An interview with the developer of Rocket Shipment

It's time for another GamingOnLinux indie developer interiew! This time we had a chat with Chocolate Pinecone, the developer of Rocket Shipment.

GOL: Could you please introduce yourself and your studio?

Jelmer Pijnappel: "Hi! My name is Jelmer Pijnappel and I’m a Dutch indie developer. I’ve been dabbling with game development since 2014 when I released a very simple mobile title.

I always thought game development was rocket science, but the success of “Flappy Bird” back then, made me realize that even simple games get played.

I continued with game development on and off through the years, getting more serious along the way. After switching my career towards web development in 2017 I got even more passionate about programming, and more comfortable with it too.

Currently I’m developing Rocket Shipment, which is a title I built from scratch and my first one that’s available on Steam."

GOL: Tell us a little about your game Rocket Shipment and what inspired you to create it?

Jelmer Pijnappel: "Many years back I used to play this old shareware game on my uncle’s PC. You control this little cursor-like spaceship and had to fly around fetching crates, which you afterward brought back to your base. I loved the mechanic of managing your momentum and adjusting it to evade all kinds of hazards.

In a nostalgic moment I really wanted to play that game again a couple of years ago, but I could not remember its name. I dug around the internet, but to no avail.

Eventually I thought, why not make my own version?

At that time I was a bit annoyed by the fact that most pre-made engines were a black box for me. I wanted to know how the engine did its thing, so I thought about what other insane devs do: Making an engine myself.

These two ideas combined, which resulted in Rocket Shipment.

The old shareware game was “Crazy Gravity” by the way." 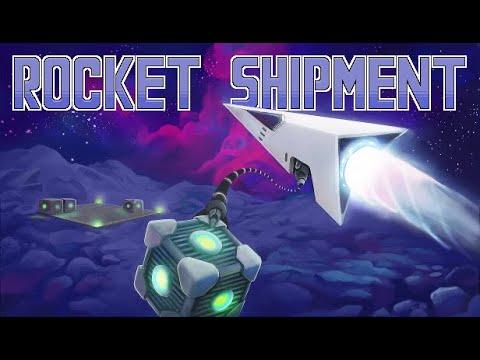 GOL: Let’s talk about the tech behind the game. What are you using for it?

Jelmer Pijnappel: "Rocket Shipment is made using C++ with SFML as a framework. I use CMake to set things up for different platform builds.

That’s it basically. I didn’t use any other libraries except for the Steam library needed for connecting to the Steam Workshop.

I made my own physics engine, collision system, UI-framework, etc."

GOL: Why did you decide to go for custom tech, instead of something like Unity/Unreal/Godot and so on?

Jelmer Pijnappel: "My first games were made with Unity, which I really liked. The downside was that I had no idea what was happening under the hood. When problems were slightly deeper than my own code, I often felt powerless. I wanted to understand how things were done by the engine and how the entirety of the game software works, instead of just my implementation code. So I set a goal of making a “smaller” game with a custom engine, except I didn’t have a game idea yet.

The idea for Rocket Shipment came a couple of months after.

So in short, I guess I used custom tech just because I wanted to learn how it works.

This was also the reason for me choosing not to use other external libraries for physics and stuff."

GOL: It’s been available in Early Access since January 2021, could you tell us about how the release went and how sales have been across different platforms?

Jelmer Pijnappel: "The release process itself went fine, but the sales however were a bit disappointing. I had been making Rocket Shipment for over 2 years and had posted about it on social media. As the posts were kind of random, my marketing was not that effective and I only managed to get it noticed by a small group.

Nonetheless, the early access release was a great learning experience and something I will definitely do better next time.

As far as platforms go, a small portion of sales were to Linux users, but they were by far the most helpful. I love to chat with players in the Rocket Shipment Discord, and have found that most Linux players there are amazing in feedback and support."

GOL: What has been the most challenging part of developing and releasing Rocket Shipment?

Jelmer Pijnappel: "For the whole game dev process in general. I’d say it’s marketing. I find it very hard to reach the target audience for my little niche game. I’m a pretty technical guy myself, and I am easily drawn more to coding and designing than to socializing or marketing.

Technically the most challenging was definitely the physics/collision engine. I first built it from my own ideas, but found that rotation was very difficult to do correctly through my own system.

I spent months building it, but had to eventually tear it down and rebuild it using more widely known physics/collision design concepts like Rigidbody Dynamics and the Separating Axis Theorem.

If there is one thing I learned, it’s that perseverance is king."

GOL: When it comes to deploying games and supporting them on Linux, how has that been for you?

Jelmer Pijnappel: "It has been great! There were some challenges, but with a little help from the Linux players I was able to overcome them quickly. I have used Ubuntu for my day job in the past, but did not have enough in-depth knowledge to solve all game development problems on my own.

Luckily there are quite a few Linux users that do not mind helping out and even teach me a couple of things."

GOL: What are your plans once you’re finished with Rocket Shipment?

Jelmer Pijnappel: "Eventually I’ll probably start another game dev journey, since I already have a few cool concepts in mind.

Game development is really energy-consuming though, so I wouldn’t be surprised if I need a big break first. Though if Rocket Shipment would get some new players, chances are I keep adding requested features since that kind of player enthusiasm really energizes me."

GOL: What advice would you have for other indie developers going to release their games?

Big thank you to Jelmer Pijnappel for having a chat with us!

Want to chat with us about your game? Do reach out!

You can buy Rocket Shipment from itch.io and Steam.

View PC info
Did you know that you can make your own custom ships? Here's a Tux ship I made today. :) 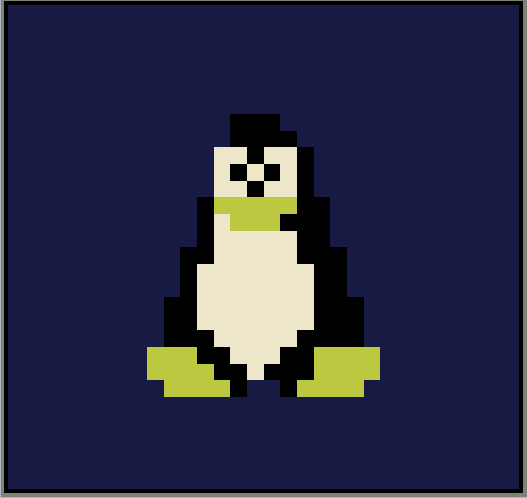 View PC info
Wasn't the original game in this style "Thrust"? I seem to recall having that on the Commodore 64.
0 Likes

Ah, yes Thrust could be the LL clone that introduced carry something on a string, didn't think of that added feature :)
0 Likes
While you're here, please consider supporting GamingOnLinux on: