Little over a year after the successful Kickstarter campaign, Battle Axe, an arcade styled hack and slash inspired by the likes of Golden Axe and Gauntlet. Created by veteran pixel artist Henk Nieborg of Bitmap Bureau and music from the legendary VGM composer Manami Matsumae.

"For as long as you and your people can remember, your homeland of Mercia has been held in the tyrannical clutches of the malevolent sorceress, Etheldred. Some months ago, a party of mercenaries was dispatched to attempt to put a stop to Etheldred and her evil cohorts, but regrettably none of them have ever returned…" 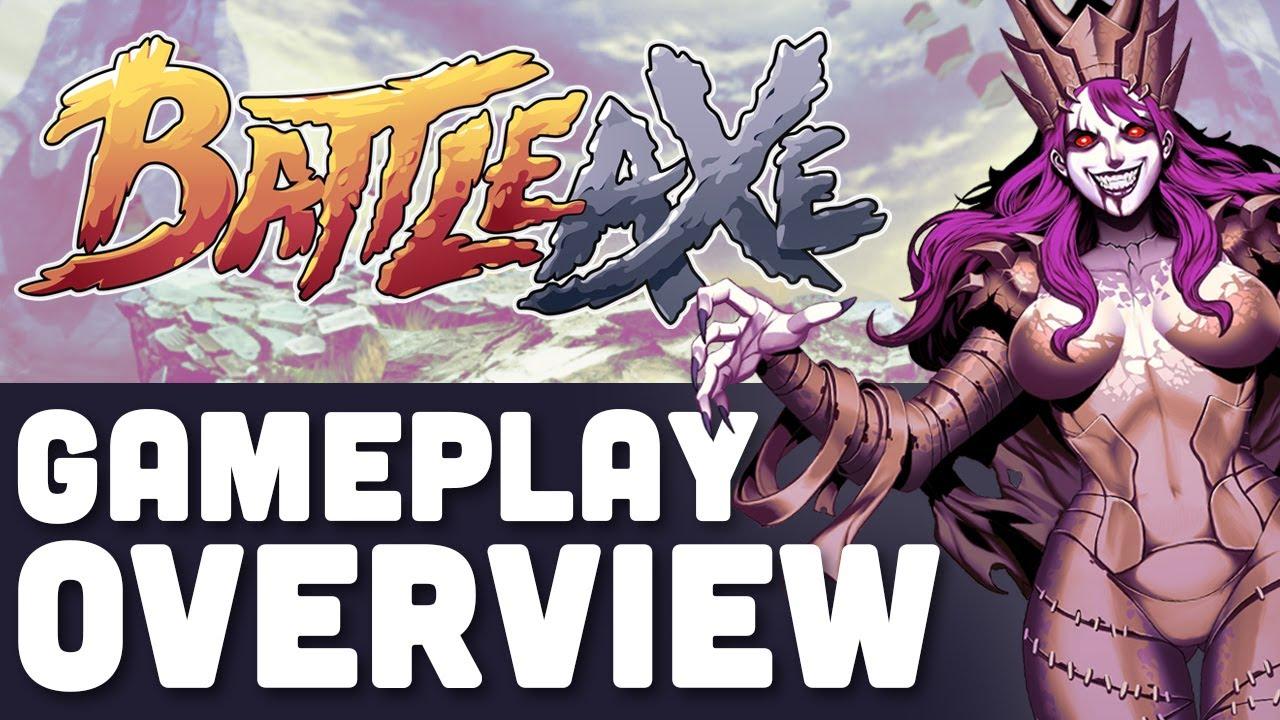 It looks absolutely amazing, and as a huge fan of the old Golden Axe I approve. However, it seems they missed the mark when it comes to the gameplay. Looking around at user reviews and other critic reviews, it appears to be a bit to shallow and repetitive overall. These games always end up repetitive though, they're built on that. Most games are in fact it's what you do with the repetition that matters. The other problem appears to be the length, with some managing to finish it in less than an hour due to only a few stages.

We did put in a request for a review key but no reply yet to see if we agree with what some others have been saying.

Find it on GOG.com and Steam.

View PC info
Looks lovely, but the Steam reviews tell a different story. I'm on the fence with this one and will probably wait until the price becomes a little more sensible.
1 Likes, Who?

View PC info
Do we know how many players this game supports?

The description mentions: "Additional Notes: 2 player requires at least one controller"
It also mentions that there are three characters to choose from.
?
I assume this game is limited to a maximum of two players?

Maximum number of players is definitely something I care about and always have a difficult time discerning.
1 Likes, Who?

Quoting: robvvLooks lovely, but the Steam reviews tell a different story. I'm on the fence with this one and will probably wait until the price becomes a little more sensible.

It's a beautiful game, but when I see the video before to read the reviews I already noticed some issues that they are appointing on the reviews. I think that they made a mistake choosing Hack n' Slash as genre, if it was a beat em up, it would fit better.
1 Likes, Who?

View PC info
If XenoCrisis is an indication, I'm gonna have a blast with this
0 Likes

View PC info
(Kickstarter backer here)
It looks amazing and plays - functionally - well, but it is quite repetitive and has some really odd difficulty spikes when playing solo. For example, I can't get past the first stage as the level itself is so easy you could do it on autopilot, but the boss for the stage requires one to do timed shots against a ranged enemy while - another player probably - hacking down an increasing horde; doing both is probably possible, but it's way past my skill level and completely out of sync with the rest of the level.
There's also a limited amount of continues, so it's a lot of repeating the very-very-easy first part of the level over and over again in order to try to defeat the boss.

It's not a bad game as such, but it's not worth the asking price in its current state.
2 Likes, Who?
While you're here, please consider supporting GamingOnLinux on: