Need some new hardware in your life? How about a powerful laptop, that's designed for getting everything you need done while on the go? UK-based Entroware have announced the latest refresh of the Proteus Linux laptop with Intel Xe and a bigger screen.

We've seen a number of new Linux hardware announcements recently including the System76 Launch keyboard, Star Labs 14" StarBook Mk V and just recently the Tuxedo InfinityBook Pro 14. There's never been a better time for Linux hardware that's for sure. Entroware clearly want your attention with the Proteus too.

"Proteus is constructed in a lightweight 2cm aluminium chassis, packing a full keyboard layout and a 15.6” Matte FHD LED panel with an ultra-thin bezel. Powered by our highest capacity Proteus battery yet, Proteus is perfect for extended mobile work sessions on the go." — Entroware. 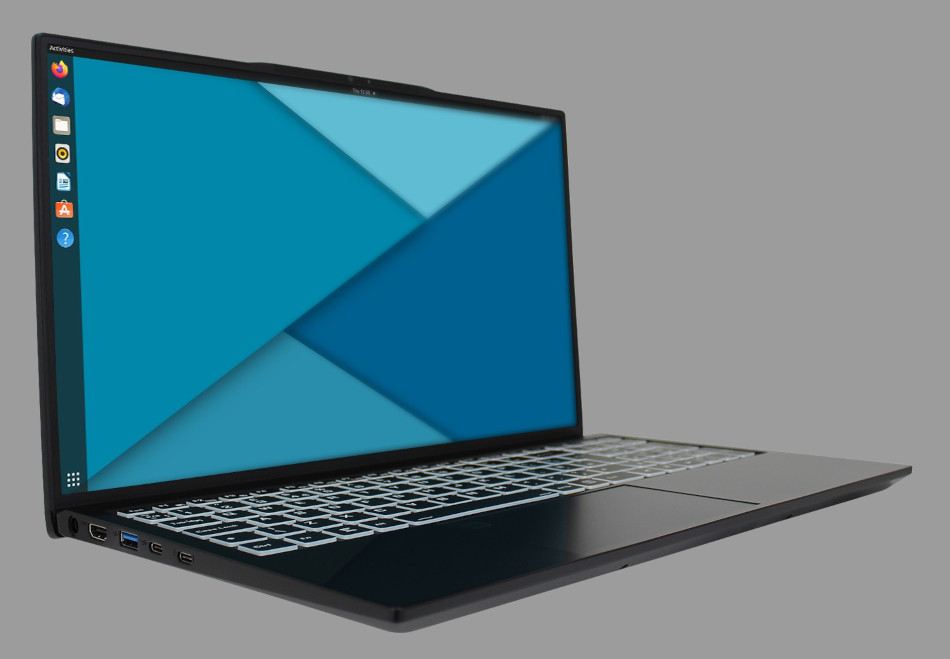 When buying from Entroware the operating system choices are either Ubuntu 20.04 LTS or Ubuntu MATE 20.04 LTS for the new and improved Proteus.

It's quite big and bulky, so you're going to want a sturdy bag to carry this one around. With that big 73WH battery though, it should keep you going for quite some time. Overall it sounds like quite a nice unit, although I do have my usual gripe about 8GB RAM which just isn't enough.

The price? Starting at £819.99 it's reasonable but you're clearly paying something of a premium for it being a smaller Linux vendor as comparable units I've seen going for around £50 less from the much bigger vendors but that comes with Windows 10 and no support with Linux.

Quoting: liamNeed some new hardware in your life?

Well yes, sure, but not as much as I need somebody in my life to buy me some new hardware.

View PC info
Hey first world people, how is the situation about "gaming laptops with AMD gpu" out there? Here is currently impossible to even find something new without a Nvidia gpu, so I wonder if this is the case everywhere.
0 Likes

Quoting: BielFPsHey first world people, how is the situation about "gaming laptops with AMD gpu" out there? Here is currently impossible to even find something new without a Nvidia gpu, so I wonder if this is the case everywhere.

It was getting *HOT*, very hot, when i first got it. Temperatures up to 100C. I've finally got it running cool with TLP, kernel 5.11, and an 'active cooling base' that has a fan in it. Overall the performance is great, it can run for example Pillars of Eternity 2 and stay around 45C.

But to your point, my options were very limited as to what to get. If i had known that a couple months later System76 would release the Pangolin, I would have waited, but then I'd still be waiting as theyre sold out! [System76 store]

According to the AMD website your options are MSI Alpha, MSI Bravo, and Dell G5.
2 Likes, Who?

None of these are available here hahaha...
but it's nice to know there's options out of "intel + nvidia combo" elsewhere.
0 Likes

View PC info
15.6" and only FHD? Doesn't look like a real competitor to the Tuxedo Infinitybook to me....
0 Likes

STiAT 22 May, 2021
View PC info
Been looking for a small PC with ryzen and amd graphics which is as silent as possible under load.

I have to build one on my own, but good luck getting your hands on graphics cards at the moment....
0 Likes
inckie 23 May, 2021
Looks like another shitty Clevo laptop.... is it ?
0 Likes
While you're here, please consider supporting GamingOnLinux on: