SPRAWL has me excited. A brand new upcoming hardcore first-person shooter, set in a huge cyberpunk megalopolis and it will be coming to Linux.

"SPRAWL is a hardcore retro FPS set in an endless cyberpunk megapolis. Escape the walled city and take on the militarized government of the sprawl. Fueled by the blood of your enemies and a mysterious voice in your head, make your way towards the spire to topple whatever lays within."

Appearing recently on Steam as a coming soon title with no release date set, check out the recent footage below: 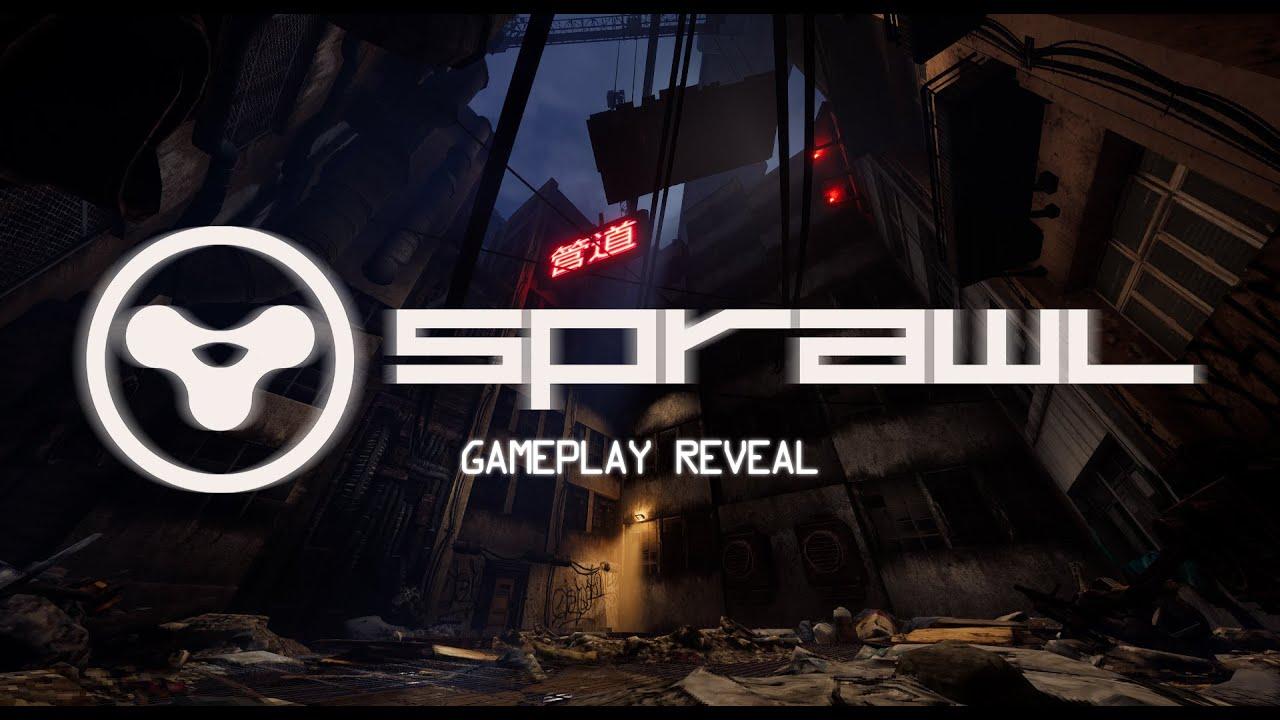 Even though it's clearly a work in progress, it's another time where I feel like I absolutely need to play it. Love the merging of modern touches with a clearly retro inspired game. Looks like it's one to look forward to.

On Twitter, one of the developers confirmed it will be available for Linux "The plan currently is to release both for Windows and Linux. I'm a big fan of Linux and use it when I can! It's definitely something I want to make happen." - Hannah Crawford.

SPRAWL is a hardcore retro FPS set in an endless cyberpunk megapolis. Here the streets are your playground. The dark alleys and dilapidated apartments are all surfaces compatible with your “icarus” cybernetic implant. This implant allows you to perform gravity defying acrobatic wall-running maneuvers. Your enemies, the militarized police of the sprawl, stand no chance. Not only that, but their blood fuels this same implant, vastly enhancing your reaction time. On command you can enter a state in which even bullets move at a snail's pace. A vast arsenal of weapons lie at your disposal, the armies of the corporate government are endless, but be warned...

the sprawl eventually consumes us all.

Right now the gameplay felt fast but the weapon animation felt like slowmotion compared to the speed he was moving.

morphles 18 May
View PC info
Looks good. Would love for some deus ex type game in such style (maybe someone will make some mod :D), but even as action shooter looks sweet. Low res stuff can still look great, just look at doom moding scene. Let's just hope Linux version does not evaporate during production :)
2 Likes, Who?

View PC info
Nice that one of my favorite genres has been getting some love lately! I remember nit too long ago when there were only a tiny handful of Cyberpunk games. Reminds me, I still need to win all of the Deus Ex games...
1 Likes, Who?

MisterPaytwick 18 May
View PC info
Not gonna lie, seeing the wall run I was secretly hoping for either a "Streum On Studio" or some psi power, but it's just me projecting EYE2.

But just a good FPS with good movement would be pretty neat to play, FEAR and Mirror's Edge both are excellent at what they do, but a mix of the two, that's sound promising.

I'm interested, but I'll wait before buying it that they can confirm linux (at least getting us on track to help them)
0 Likes
Cioranix 18 May
Well, it looks very promising, very old school, fantastic soundtrack, but I see myself already running around in circles in this game, without knowing how to proceed without online help and wasting time looking in every corner, because I don't wanna miss something.

Right now the gameplay felt fast but the weapon animation felt like slowmotion compared to the speed he was moving.

Looks intentional to me, like some homage to N64's Golden Eye or so.
1 Likes, Who?

Iggi 19 May
View PC info
And the music (and parts of the visual design) reminds me of the Ghost in the Shell movies, combined with Front Line Assembly's Quake III soundtrack. The whole game seems to be a reference to other games or movies to me, but combining them in a unique way - and touching so many good memories while doing so

Quoting: Cioranix... I see myself already running around in circles in this game, without knowing how to proceed without online help ...

Oooo, I'll be the same way if the map's complex. If it is then I hope they provide a mini-map or make each level fairly linear by limiting side-branching (like Half-Life) or use some sort of directional overlay in the HUD (like in Army of Two), or something.

It's gonna stay on my wishlist, sure, but I'll pause before plunking down mi dinero and look more closely at the final product before I buy it.
0 Likes
«2/3»
While you're here, please consider supporting GamingOnLinux on: