The exciting modular Framework Laptop is now up for pre-order

The time has nearly come for a possible laptop revolution with the Framework Laptop, a modular system that allows for easy repairs and upgrades and you can build the whole thing yourself. An exciting idea that we covered with the initial announcement back in February.

Framework Computer Inc have now announced that the Framework Laptop is available to pre-order, with it being released in batches depending on what model you go for. Something to note is that the pre-built only comes with Windows, but the DIY edition has a no operating system option design for tinkerers and Linux users. 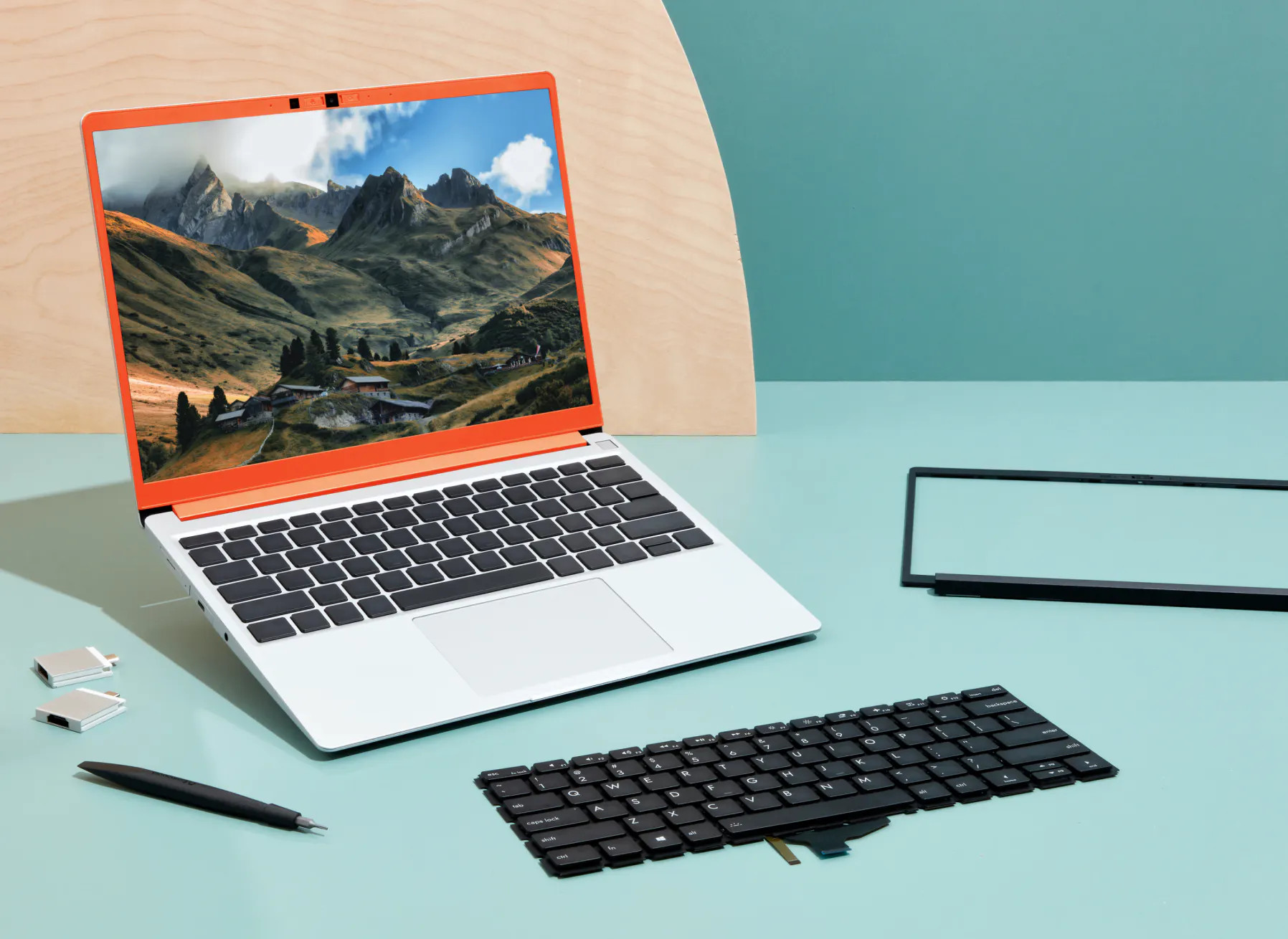 "The Framework Laptop is an ultraportable 13.5” notebook that is easy to upgrade, customize, and repair in ways that no other high-performance notebook can be.  Every part of the product can be individually replaced or upgraded as needed.  This means it can stay great for longer, all while reducing your environmental footprint by creating less e-waste." — Framework Team

The DIY edition starts at $749 but that doesn't include any RAM or storage, so even the basic 8GB with a 250GB SSD comes to $863. If you want their basic WiFi that then bumps it up again to $881. Still $881, for a unique modular kit is actually pretty darn reasonable.

The specifications possible include:

In regards to the DIY edition having the No Operating System option, the Framework team said "We specifically chose the path of not pre-loading an OS on the DIY Edition to let people bring their preferred distribution. There is a broad range of preferences there, but we're testing on the most popular distributions (which other distributions are often downstream of)."

Right now, the only keyboard option is US English too. However, they are planning a wider roll-out throughout the next year to include options for English International, British English, Traditional Chinese (Cangjie & Zhuyin), Korean, French Canadian, Italian, German, French, Belgian, Blank ANSI, Blank ISO, Clear ANSI and also Clear ISO.

View PC info
I'd do things for a v2 with AMD-based component choices.
2 Likes, Who?
Lofty 14 May

I like the idea of this project but once again as with the 'linux laptops' where are the AMD options ?

Im not very interested in anything currently Intel. (im not referring to the news articles btw so i appreciate the content).AMD have been knocking it out of the park with their mobile offerings this generation. This intel stronghold on 'boutique' mobile offerings might be some sort of Stockholm syndrome for businesses contracts or a Perhaps it's just a case of supply chain issues but for the informed consumer, especially Linux users AMD appears to be more exciting.

BTW i would like a laptop without a camera or microphone built in (hows about a truly modular laptop having the option to remove the modules). Both are usually of crappy quality and not something i tend to use ever. If i were to use one it would not be on an ad-hoc basis and more likely require a higher quality solution. In which case i could buy a clip on logitech model of much higher quality with in built mic and/or use a separate desktop microphone+camera

View PC info
It would be great if they are around long enough to support future motherboard/CPU upgrade swaps. If the laptop shell is sufficient and durable, that could offer some great long-term upgrade options.
0 Likes

1000%. I'd pre order this TODAY if they said something along the lines of "v2 motherboards with AMD ryzen 5000 series CPUs will be available in Q3 2021. These parts are guaranteed to fit in the v1 chassis."
1 Likes, Who?

View PC info
So... the battery's not upgradable? Unfortunately, for me, a long-lasting battery is the whole point of a laptop.
0 Likes

Quoting: HoriSo... the battery's not upgradable? Unfortunately, for me, a long-lasting battery is the whole point of a laptop.

I see it's replaceable, so hopefully that might mean a juicier battery is in the future, as soon as the cram in more battery cells.

I'm both intrigued and disappointed the "upgrade modules" are just USB adapters. Although the intagrated slot part is nice, fewer dongles hanging off.

Edit: I configured a modest setup, 16GB ram, 500gb SSD. $935 USD. I think that seems fairly reasonable, right? Might have to save up for one

Quoting: HoriSo... the battery's not upgradable? Unfortunately, for me, a long-lasting battery is the whole point of a laptop.

Edit: I configured a modest setup, 16GB ram, 500gb SSD. $935 USD. I think that seems fairly reasonable, right? Might have to save up for one

I certainly think that's very reasonable. My current laptop with those stats from '18 was 50% more. Upgrade to an i7 and it's $1399, and that's with a high res webcam, which not even the similarly 3:2 Thinkpad X1 Titanium has, and that's $2000+.
0 Likes
While you're here, please consider supporting GamingOnLinux on: