What is it? "Griftlands is a deck-building roguelite where you fight and negotiate your way through a broken-down sci-fi world. Every decision is important, be it the jobs you take, the friends you make, or the cards you collect. Death comes quickly, but each play offers new situations and strategies to explore." 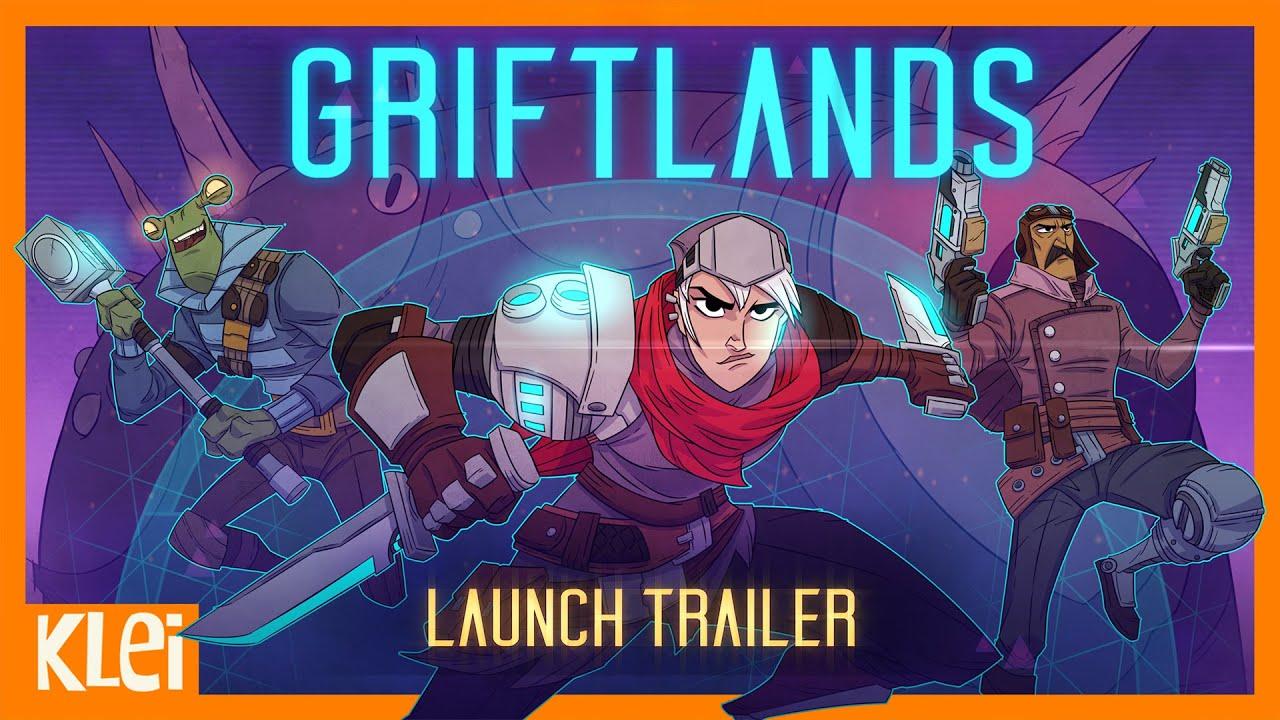 As far as deck-builders go, Klei has managed to jump into a popular genre with some already incredible games and do something none of them are doing yet. You have to hand it to Klei, their games always bring a certain special flair and Griftlands not only looks good - it's genuinely great to play through too. Even though their Linux support for it is quite new, the Linux build runs to perfection.

Not only are you building up a deck and throwing cards around as your abilities to conquer foes, you're also needed to think a little about your actions. There's consequences to a lot of what you do, be it making new friends or enemies and the way it's all blended together is pretty clever. Compared to the likes of Slay the Spire and other similar deck-builders, it feels a lot more like you would expect from an RPG adventure. While I adore other deck-builders, Griftlands has some nice story elements to really back it all up and keep you interested.

The way it mixes together different decks is great too. Since the game isn't all about taking down weird creatures in combat, it's also about dealing with people directly, where you can "attack" multiple points on their character and so you get a special negotiation deck making it also a conversational deck-building battle game merged into everything else.

If you like previous Klei games and/or you like deck-builders, Griftlands is a must-buy. I love it.

View PC info
I love Klei! Every game except Hot Lava is worth owning and playing. Hot Lava might be a good game, but it doesn't support Linux, so I've never played it. I've got a lot of hours invested in Don't Starve and Oxygen Not Included!

This is an insta-buy for me!

Knowing how bad Klei "supports" GOG, I'd rather not have yet another half assed release from them.

By now Don't Starve is most likely outdated again and Mark of the Ninja Remastered is missing the Mac and Linux versions.
1 Likes, Who?
morbius 2 Jun
Now that I've beaten Corrupt Heart with all 4 characters, I'm finally ready to give Slay the Spire a rest and pickup something new. Monster Train and this game are my prime candidates, we'll see what becomes available on a more substantial discount sale sooner.
0 Likes

Quoting: morbiusNow that I've beaten Corrupt Heart with all 4 characters, I'm finally ready to give Slay the Spire a rest and pickup something new. Monster Train and this game are my prime candidates, we'll see what becomes available on a more substantial discount sale sooner.

Offtopic, but good job on all four! I've spent probably about 50 hours trying to beat the Heart with the Ironclad, but even when I get a great run, the Heart's attacks don't let me get my shield up a level where my Entrench and Barricade cards could activate properly.

Been over two years since I've played though, and I notice that there's quite a few shield-based updates since, like calipers and blur.

Might need to give it another shot at some point!
0 Likes

View PC info
I've put about 7 hours into this game so far and it's freakin' awesome. The amount of depth is almost overwhelming. Also, as per usual for Klei, the art style is fantastic.
2 Likes, Who?

View PC info
I've never played any of these deck building games. It was a bit of a learning curve! The tutorial didn't really cut it for me, I still had no idea what I was doing. One short You Tube clip later and it all started to make a bit more sense!
1 Likes, Who?

View PC info
Well, I guess I have something to play after I finally "finish" Slay the Spire... (I'm getting close!)
1 Likes, Who?
While you're here, please consider supporting GamingOnLinux on: