Brigador: Up-Armored Edition, a beautiful cyberpunk top-down shooter with awesome city-wide destruction has a big free upgrade out now for all players. Stellar Jockeys / Gausswerks have clearly been busy while building the next game with Brigador Killers.

Soaked in glorious neon with big tanks and stomping mechs, Brigador is a serious treat for the eyes. Probably is one of my favourite top-down shooters. The Blood Anniversary Update is certainly something too coming with the addition of blood for fleshy enemies, some big weapons now leave nice craters, special pilots from two other indie games (Cruelty Squad and Starsector) have been added, four new optional missions in the campaign, "wildcard" enemies might spawn during Freelance skirmishes, 11 new vehicles, new lore and the list goes on.

Never seen it? Check their fancy trailer below: 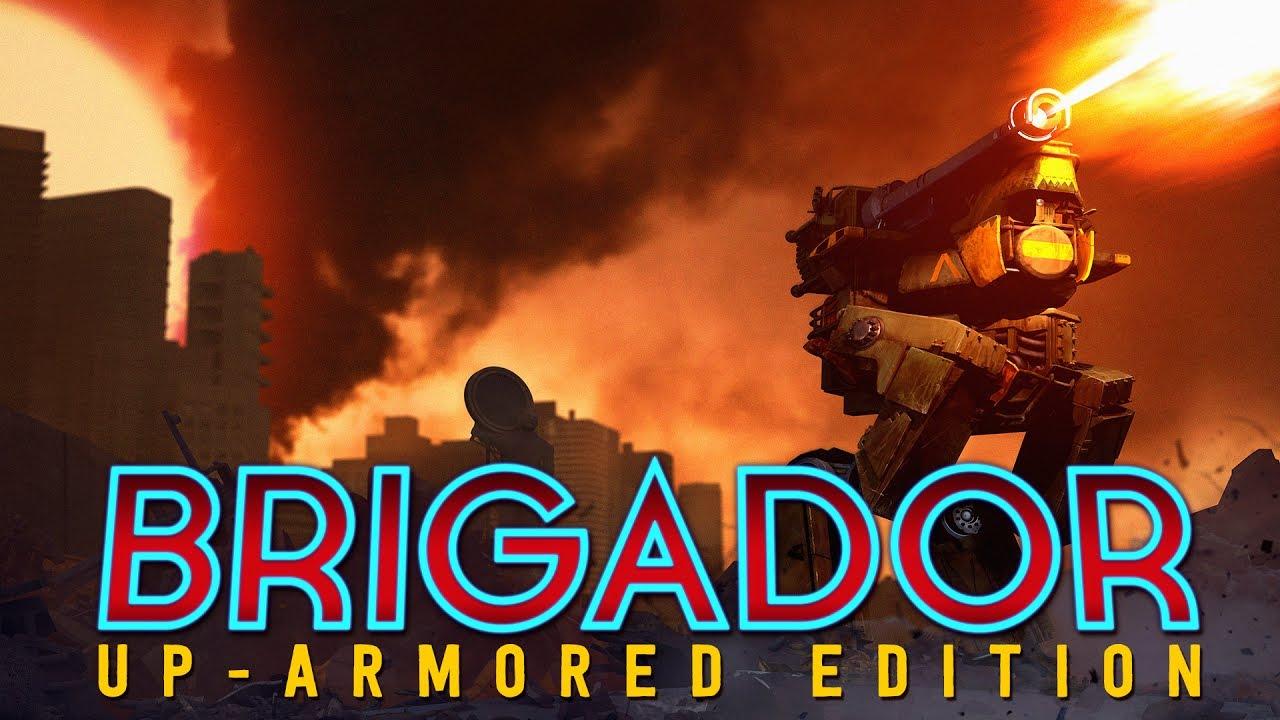 More? Yup. 64bit is up and stable, you can flick on the older lighting for Freelance levels, retiring of macOS support due to their poor support of OpenGL which Brigador uses, performance improvements, better UI scaling, audio level tweaking and then plenty of smaller adjustments.

Buy it on GOG, Humble Store, itch.io and Steam.

View PC info
The game was too tough or rather too fast for me. It seems the official workaround is to slow down game speed which didn't seem very convincing.
0 Likes

View PC info
Another huge update? Respect. o7
Brigador is a rare gem, do not miss out!

View PC info
Nice! I have thos game forever and haven't played it much. Reminds me of a game called Bedlam, which was a blast!
0 Likes

View PC info
Reminds me to add this to my list to play more of. Really enjoyed it before, and this patch looks like a good excuse to try again. I stopped last time because of audio (or lack thereof) problems. Guess I'll edit this comment if that's fixed by now.

View PC info
I hope they are doing well. I really like this game but I read (unfortunately I don't know where I read it and I cannot find the article right now) how the game has been poorly received in the beginning.
Since they wanted to make the game they dreamed of they had to make their own custom engine which lengthened the development time considerably. They worked for quite a few years on this game and it didn't turn out to be financially successful.
I wonder whether that changed. I really hope it did.
I am looking forward to the sequel!
0 Likes

View PC info
Nice I picked it up from GOG a while back after a Youtuber I watch rather regularly had a heads up it was going to be on giveaway. He gave it a rather glowing recommendation and after playing it I can see why.

Hope this update helps with the UI issues I have running it at 4K. It's a really fun game but I can see why it had issues with reviewers when it first came out as the original controls are a bit odd to get to grips with but make sense given how directional armor plating is on most the vehicles. I definitely recommend at least giving the original vehicle relative controls a try.

MisterPaytwick 9 Jun, 2021
View PC info
Oh man, this is good. I hope they can actually get Killers off the grounds, maybe iron out stuff through the first game.

Starting the game is so much faster already.

But popping up the Acquisitions menu, it show they are looking out for reviews and critics: Mandalore Gaming did a video about Brigador (also endorsed by SsethTzeentach, with classical Mandalore-SsethTzeentach effect) pointing at the fact he'd do "terrible things" to drive a Leviathan.

Leviathan, the Spacer super-bubble tank, its elder franksteined brother, are on now, this look like a pretty good update.

I just hope they fixed the soundtrack sometimes dying when missions were too long.
0 Likes

Quoting: starfarerI hope they are doing well. I really like this game but I read (unfortunately I don't know where I read it and I cannot find the article right now) how the game has been poorly received in the beginning.

Yeah, if memory serves it was a disaster overall but it looks like they managed to pull it back a little with the newer controls and big overhaul it had. The controls just pushed too many people away originally.
0 Likes

One of the dev (Hugh Monahan) had those words about the game and its trailer, at GDC 2017 event:

"It's an very good trailer for a different game."

Many people thought it was a twin-stick shooter, but it had directional (called tank controls), and you could set them to screen absolute (W makes you go north of the screen, A makes you go west of the screen). The sad part is people didn't looked into settings to see what could be set before asking for a refund. Because the two control schemes exist from day 1.

I'm just putting this out so people can get how it failed, it's more about how the trailers sold the game: first one wasn't about gameplay and the gameplay one showed another game.
0 Likes
1/2»
While you're here, please consider supporting GamingOnLinux on: