Valheim roadmap update, Hearth & Home due 'Q3 2021' and we know some of what's coming

While it's disappointing that it's going to be a while before seeing the big Hearth & Home update for Valheim, the reasoning can't be argued with and we at least now know some of what will come.

Explaining what's going on in a fresh Steam update post, Iron Gate mentioned how they simply cannot launch all four updates this year. We kind of expected this, it was a bit overly optimistic with Hearth & Home now planned to be released in "Q3 2021". Being honest, they mentioned how they weren't prepared for so many players, and who can blame them? It was a great idea, with early builds very promising but no one could say it was going to be a hit like this. Iron Gate say it "highlighted a thousand new problems and bugs that needed to be fixed urgently" and their priority "has been to make the current experience as stable as possible and this has meant new content has taken a backseat".

Some of what's coming includes: Darkwood roofs and window hatches; new cooking station extensions like a spice rack, butcher table, pots and pans; tweaks to how stamina and health affect combat to allow for more playstyles; a bunch of new foods like Eyescream, Shocklate smoothie, various wolf meats, and more plus onions you can plant. 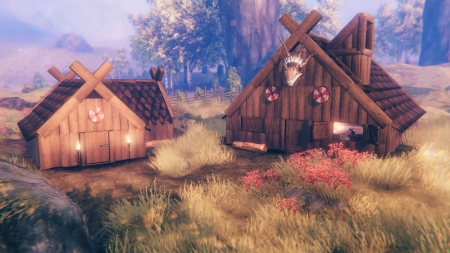 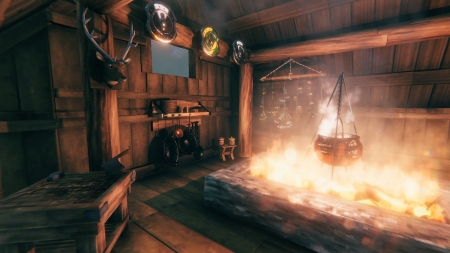 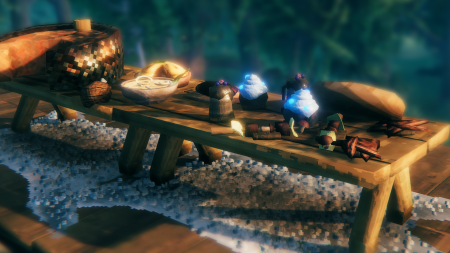 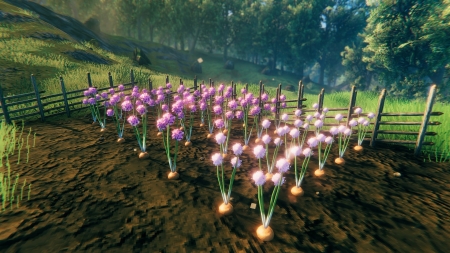 I am the owner of GamingOnLinux. After discovering Linux back in the days of Mandrake in 2003, I constantly came back to check on the progress of Linux until Ubuntu appeared on the scene and it helped me to really love it. You can reach me easily by emailing GamingOnLinux directly.
See more from me
Some you may have missed, popular articles from the last month:
6 comments
slapin 10 Jun
When NPCs?
0 Likes

View PC info
Was waiting for that update so I could use it in my new base. The roof would be especially nice since we really just have one now. Would also like to see wood that doesn't degrade outside. I'll probably need that time to come up with a good design though, so maybe it's for the better.

What would be their use?

The merchant's an NPC. You can't woo/marry them though, trust me, I've tried.
2 Likes, Who?

Solarwing 10 Jun
Great.This game has the same effect when you drink water from fountain of eternal youth. It's really magic when you shake off 30 years straightaway and you're young again!

Where is this fabled fountain?Ha ha I'm not telling you!

Anyway I've played game for some time and it's good. Also I'm excited about upcoming updates.Hopefully the devs behind the game can handle the outside pressure and make game even better

The merchant's an NPC. You can't woo/marry them though, trust me, I've tried.

Merchant is easy to miss though, especially if you don't look for information about Valheim and just play the game. I don't think there's any hints about merchant in the game until you get close enough. Seems to be more like reward for exploring than mandatory thing you absolutely need to find like the bosses.

There has been hints though that there might new things to find in the upcoming updates, might not be NPC:s though. People at Iron Gate like to keep some details secret.
0 Likes

STiAT 10 Jun
View PC info
And I get my hardware for my completely fanless/passivley cooled PC for the living room with a Ryzen5-3600X and a MSI RTX3070 Trio Gaming X in two weeks.

Can't wait to get more than 30 FPS in the game on my living room PC and do some couch base, protal network building and sailing .. I still hardly got 30 % discovered of my map seed :D.

My main portal room gets out of hand in size though, I probably need to devide them into structures per sector or something like that.

Which reminds me.. time to get on patreon here again to support Liam since my financial situation obviously improved in the past few month.